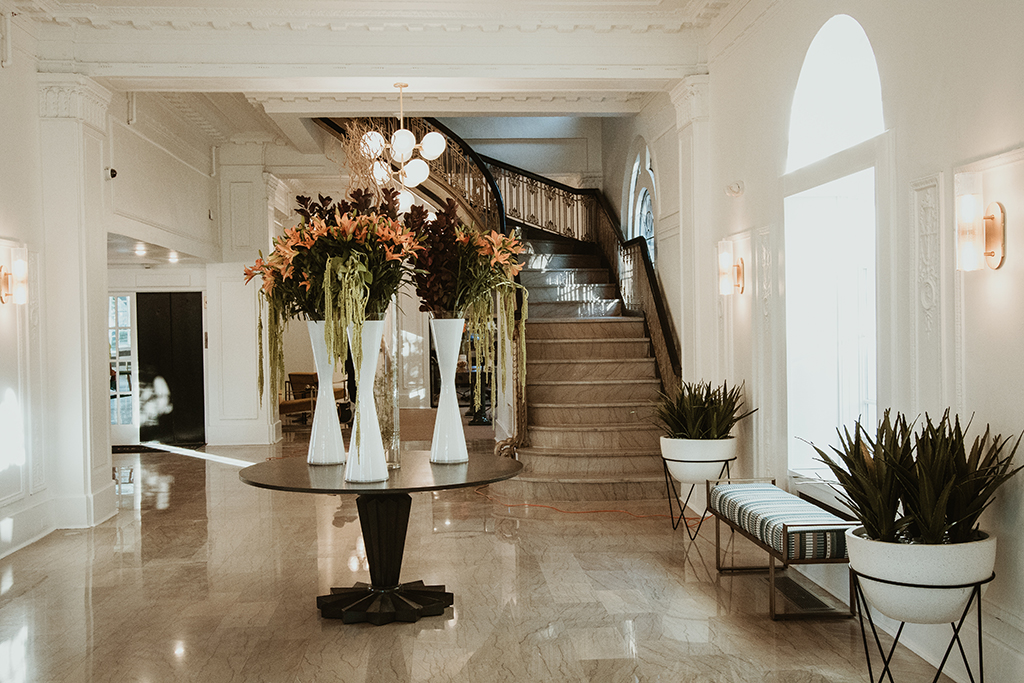 After a renovation that lasted almost a year, the Milner Arms Apartments—now the Hamilton—has reopened for residents.

This was an unusual renovation. Broder & Sachse purchased the building in 2016, and while most renovations or new residential go for the 20 percent affordable, 80 percent market-rate method, the development group worked with the city and the United Community Housing Coalition to try to keep many of the current residents in place.

The building was about 60-70 percent occupied at that time, renting to residents below market-rate. With this deal in place, residents who qualified were temporarily moved out, and could choose to come back to the updated apartments. Their rent would face a five percent increase (if paying $600 before, it would go up to $630), and it won’t go up more than one percent a year.

About 28 residents came back, and they can stay with this rental rate indefinitely. Other renovated apartments are currently renting for market-rate.

The ballroom at the entrance of the property is now elegant—what it would have been like when it opened in 1913. Before the renovation, most of it was blocked off for a manager’s apartment. The details around the ceiling are truly stunning.

Also notice a large island in the middle and some seating. Now the space can be used by the community. Other communal spaces for residents include a work area, a laundry room, a pet-washing station, and bike storage.

The apartments represent a range from studios to one-bedrooms and two-bedrooms, with fresh new finishes.

Broder & Sachse generally names its properties after the architect, and the Hamilton is named after Rainy Hamilton Jr. of Hamilton Anderson Associates.