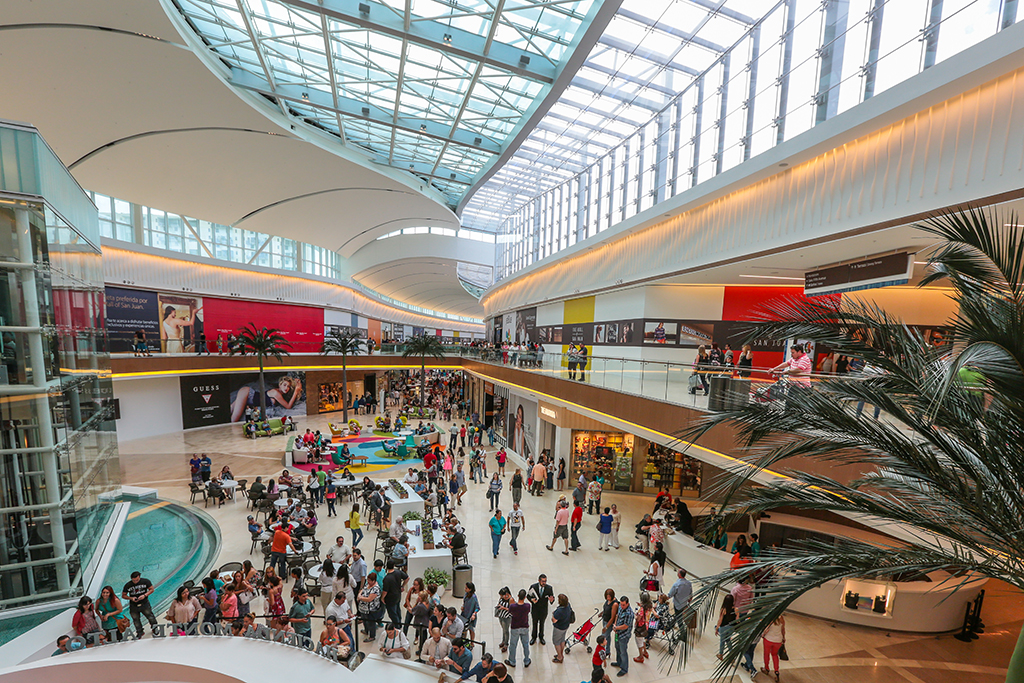 As their struggle with store closings persists, some U.S. mall owners and retailers are stepping up their use of technology that recognizes people’s faces but stops short of identifying and recording them.

Landlords could do it all if they wanted. Facial-recognition technology has advanced to the point that U.S. malls could know shoppers’ names when they enter, watch what they buy and send them promotions to encourage repeat visits.

Industry executives say they aren’t ready to go that far, partly because of the likely backlash from privacy advocates. But some U.S. shopping centers have started to use technology that detects facial features and individuals’ paths of travel anonymously. Artificial intelligence is then used to mine that data to determine traffic patterns, worker performance and consumer reaction to displays and marketing.

NewMark Merrill Cos., which owns 80 shopping centers in California, Colorado and Illinois, has deployed facial-recognition technology at its Janss Marketplace, an outdoor mall in Thousand Oaks, Calif. NewMark plans to roll it out in four more locations.

“We definitely at the minimum want features that accurately identify who your customers are, where in the shopping centers they go, and how long they spend there,” said Sandy Sigal, NewMark’s chief executive.

“The objective is to make sure you provide better service and support, not to violate people’s privacy. It’s the No. 1 thing you don’t want to cross,” added Mr. Sigal.

Artificial intelligence is the latest technology shopping-center owners are using to cope with fast-changing consumer tastes and growth in e-commerce. Landlords are hoping they can mine insights on consumer behavior from aggregate data to demonstrate and increase the value of bricks-and-mortar.

About three years ago, landlords and retailers began using data collected from mobile phone apps to pinpoint where their shoppers lived. That has helped merchants figure out their shoppers’ income levels and where to target advertising.

Facial scans move data analyses to another level, even if it is collected anonymously. For example, companies such as Amazon Web Services, Intel Corp. and Springboard Research Ltd. sell technology that analyzes customers’ faces to see whether they are delighted or disinterested in displays and products.

This helps them figure out what works, similar to how online retailers track clicks on websites. “Some retailers have spent too much marketing to individuals,” said Joe Jensen, general manager of Intel’s retail-solutions division. It is better to analyze collective patterns of behavior, he said.

Springboard, a U.K.-based data and intelligence company, also sells tracking technology that hooks into existing security cameras to follow individuals and vehicles as they make their way through shopping centers. While the individuals remain anonymous, the system records what stores people visit, how long they linger and when they leave.

“Have you ever seen Jason Bourne films?” asked Steve Booth, Springboard chief executive, referring to the spy movies in which the lead character is running from the Central Intelligence Agency but the CIA is able to follow him with massive surveillance capabilities. “Exactly the same principle.”

In China, where attitudes toward surveillance are more casual, facial-recognition technology that identifies customers has been rolled out in pharmacies, supermarkets and restaurants. “I’m a big believer in ‘convenience beats privacy,’ ” said Kai-Shing Tao, chief executive of Remark Holdings Inc., a Las Vegas-based artificial-intelligence developer. He said his clients use the data to track down customers and sign them up for customer-loyalty programs. Proponents of facial recognition tout its ability to enhance shopping-center security and identify shoplifters. Last year, in a high-profile case in China, police used the technology to nab suspects at a concert featuring Hong Kong stars.

Some U.S. retailers have been testing these applications but are loath to publicize their findings. A Brookings Institution survey last September shows there is significant opposition to the use of facial-recognition technology in public places.

Mr. Tao said Remark’s facial-recognition technology that identifies people is currently being tested in some quick-service restaurants in the U.S. But people have to opt in and allow their facial scans to be stored in exchange for conveniences such as curated food selections and faster payment options.

There currently is no federal legislation regarding how transparent companies have to be about their deployment of facial-recognition technology or how to obtain consent from individuals in commercial spaces. Three states—Illinois, Texas and Washington—have passed bills to protect biometric information such as faces and other physical attributes. Others are considering similar measures.

Many technology providers endorse regulation on such issues. But they emphasize that the potential benefits of the technologies outweigh the problems.

“The world will get better if people can put this technology to work,” said Brad Smith, president of Microsoft Corp. at a forum in December.