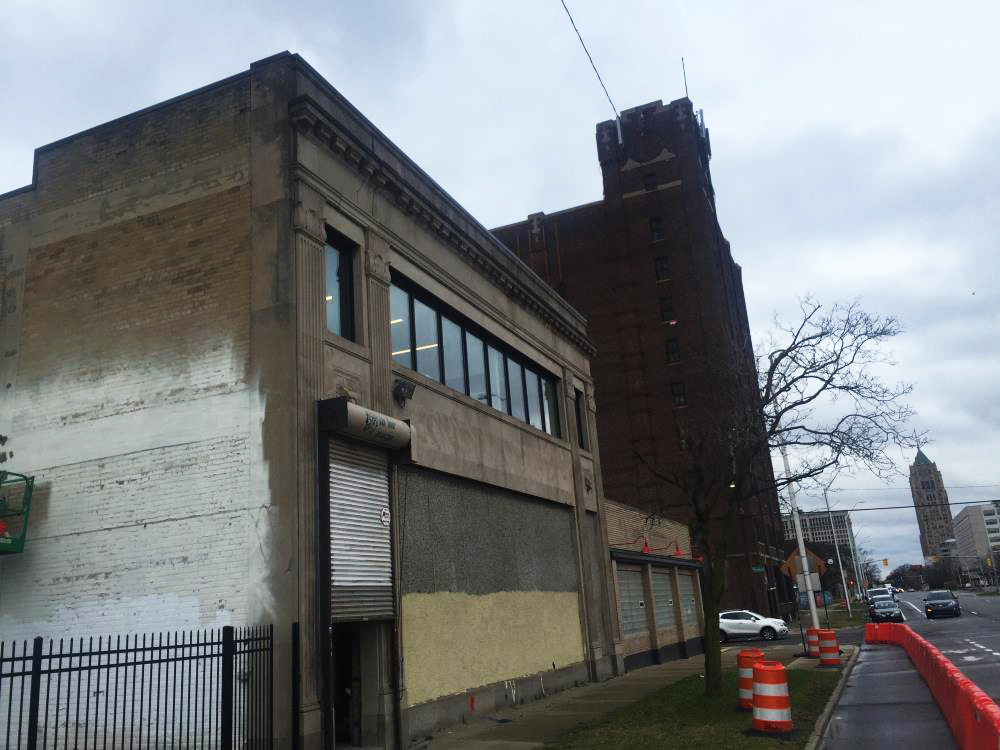 A Detroit-based marketing and advertising agency is preparing to move to a building it’s rehabilitating for approximately $2 million in Detroit’s Milwaukee Junction area as plans to repurpose old structures there stack up.

Rebuild Group expects to shift its 20 employees in a month from a leased New Center office east to 2921 E. Grand Blvd., about doubling its space, CEO Josh Gershonowicz said.

The agency plans to occupy the second floor of the 10,000-square-foot building and lease the bottom half to a yet-to-be-announced local restaurant operator. The office space is designed openly so employees can either stick to their own desks or “float” around and collaborate, he said.

“I think what we’re trying to really create there is kind of like a community of creativity, a hub of creativity and sort of be … an anchor of that (in the Milwaukee Junction neighborhood),” Gershonowicz said. “I think what you’re seeing now is a little bit of momentum pick up in that district. Obviously it has a long way to go.”

The neighborhood, a former automotive hub, straddles I-75 to the east of New Center. It’s seen investment interest recently in buildings along a big thoroughfare, East Grand Boulevard. For one, Detroit-based developer The Platform LLC expects to redevelop a building on the block next to the one Rebuild Group is working that’s known for its Bleeding Rainbow mural. It’s now called Chroma and planned as office, co-working and food hall space. Method Development LLC has a $20 million project in the works for five industrial buildings clustered along East Grand Boulevard, as well. The area is also home to an enclave of artists and designers anchored by businesses including Tangent Gallery and Submerge Records, which appears to have closed for the time being, according to its website.

An entity registered to Gershonowicz bought the building that will be Rebuild Group’s headquarters and a nearly 21,000-square-foot adjacent parking lot for $375,000 in 2016, according to Detroit property records.

Work continues on Rebuild Group’s new office space on East Grand Boulevard in Detroit, designed so employees can “float” around and collaborate or work at a dedicated desk.

Construction on Rebuild’s second-floor office space is substantially complete and work on the first floor is ongoing. Rebuild also expects to keep the surface parking lot, which will offer space for employees and its future restaurant, as well as possibly nearby businesses.

Gershonowicz launched the agency in 2012 in Royal Oak and moved it to New Center in 2014. Rebuild settled into a space in the Boulevard West building at 2990 W. Grand Blvd. A sale of that property was expected last month, but as of Monday was not listed in public record.

Steve DeAngelis, who Gershonowicz has known since childhood, joined as a partner in 2014. Their philosophy centers on an “entrepreneurial spirit” and “curiosity and hustle,” according to a news release.

“Our intention was always to buy a building and rehab it, it just took a little while to become established,” Gershonowicz said. “We initially located in the New Center area. We felt like, ultimately, that wave and that shift from Woodward Avenue was eventually going to shift toward the Milwaukee Junction district.”

Rebuild Group could double its workforce to 40 in the new space, Gershonowicz said.

Most of Rebuild’s work is in travel and tourism, technology, startups, finance, services and health care.