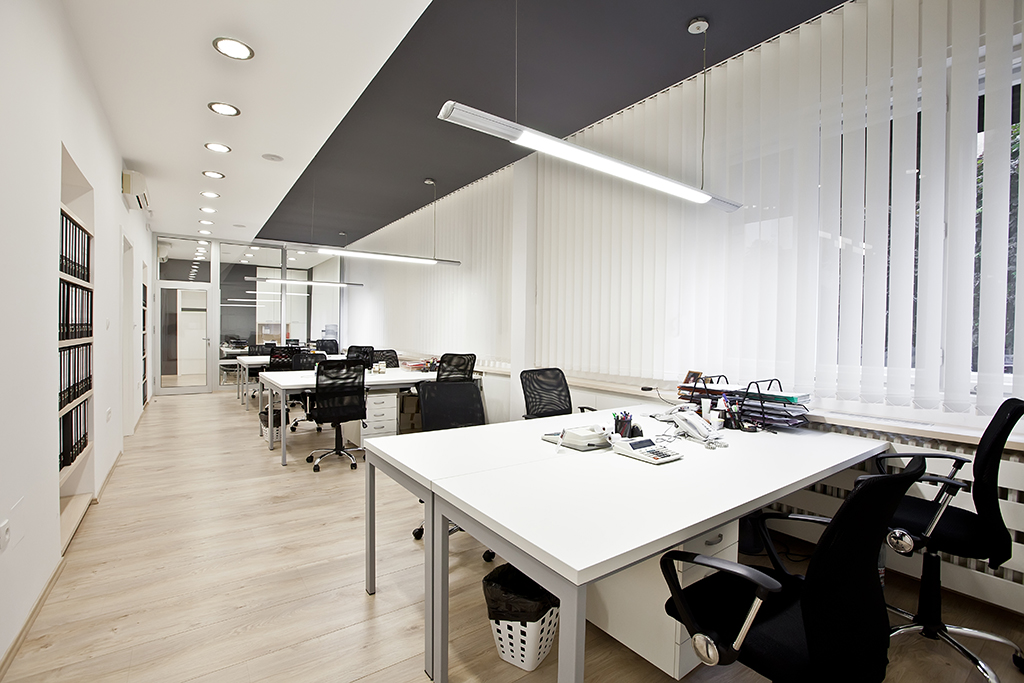 Like many working professionals, the Chicago architect David Dewane can quickly rattle off what he sees wrong with modern offices.

Many spaces are prone to interruptions. They’re too noisy. Open office plans, designed for collaboration, can make it tough for people to do any sort of meaningful, focused work, he says.

“We spend so much time working,” says Mr. Dewane, a former professor and architect at workspace-design giant Gensler, and now a director at the architecture firm Barker/Nestor. “It just should feel better.”

Rethinking how a space is structured could change the ways people do their jobs, Mr. Dewane says. His solution, one beginning to gain traction across the U.S., is a concept he calls a “eudaimonia machine,” its name based on the Greek term for human flourishing. In it, workers move through five or six distinct zones during the day. Each space has a purpose, from socializing to research, allowing people to alternate between focused work and chances to recharge. The design culminates in individual “deep-work chambers,” intended for focus.

The concept is, in many ways, a repudiation of open-office design as well as a departure from the look of modern offices, including spaces created by Mr. Dewane’s former employer, Gensler. One of the best-known and closely followed workplace design firms, Gensler is behind open plans at companies ranging from Facebook Inc. to Reebok.

Since the recession, the average amount of square feet devoted to U.S. office workers has declined, according to research from Cushman & Wakefield, the brokerage and real-estate services company. Many employers favor open floor plans because they allow companies to tightly pack workers and save on real-estate costs, even as some staffers regularly bristle that the spaces hurt their productivity.

“Modernism is beautiful. Open offices are beautiful,” Mr. Dewane says. “They just don’t work as well as they could.”

Employers building and renovating spaces today frequently give workers a variety of places to work, including collaboration areas along with lounges, art rooms and quiet spaces to reset, says Todd Heiser, a principal and co-managing director of Gensler’s Chicago office. Offices today must include a diversity of spaces so workers can “curate their day,” he says.

The focal point of Mr. Dewane’s design is the deep-work chambers, or small rooms free of distractions meant to give workers a chance to do the kind of heads down, all-consuming thinking at times missing from today’s daily grind. The chambers include a place for workers to change clothes and even to shower, to provide a sort of cleansing from the outside world—a way to physically and mentally reset, says Mr. Dewane.

What he is describing is a structure that supports a better rhythm at work, between focus and teamwork, instead of “just always-on collaboration,” says Ethan Bernstein, an associate professor at Harvard Business School, who researches workplace design.

Technology is transforming the nature of work. In the coming decades, the office as we know it will likely disappear. Here’s what might take its place.

Employers around the world are trying various approaches to give people ways to do such focused work, even in hated open-office plans, Mr. Bernstein says. Some include technology: red, yellow and green lights on a desk to indicate whether someone can be interrupted, he says, or a device that resembles a cross between “headphones and horse blinders” to keep a worker on task. “We are searching for someone to give us what we’ve lost when we lost the walls of our office.”

Mr. Dewane’s concept focuses on the flow between spaces, rather than gadgetry. His idea reached a mass audience in 2016, when the Georgetown University computer scientist Cal Newport published a description of it in his popular book, “Deep Work.”

Some readers, such as John Sweeden, immediately embraced the concept. Mr. Sweeden is a co-founder of Nth, a company based outside of Oklahoma City that is developing software to value oil and gas assets, among other projects. At the time he read the book, in 2017, Mr. Sweeden was often working from 11 p.m. to 2 a.m. to do his toughest tasks, finding himself unable to do such thinking during a busy workday. He came across the description of Mr. Dewane’s eudaimonia machine and thought, “That’s it. Full stop.”

Crews are now preparing the ground for construction of his company’s new office, slated to be completed later this year in the small town of Arcadia, Okla. The project, estimated to cost $2.1 million, is thought to be the first eudaimonia machine in an office built from the ground up. (Mr. Dewane says he is also working on converting existing spaces outside Houston and in Boston.)

The 4,500-square-foot office will contain room for a maximum of 20 workers. They will arrive in a parking lot on the 25-acre site and walk a few minutes through a wooded path to the office, a trek designed to help them get into a different mind-set after commuting, Mr. Sweeden says.

The first room in the building is a gallery space: It aims to inspire individuals to do their best work, showcasing evidence of a company’s latest innovations or workers’ interests and achievements. From there, workers enter a salon with a long kitchen table. In this space, there is no expectation that people work, Mr. Sweeden says. The setting is meant for conversation and the exchange of ideas over coffee or a meal. Mr. Dewane calls it the “deep break space.”

To get to the next part of the office—a collaborative work area—employees must briefly walk outside, braving Oklahoma weather. “We have 15 good days a year and it’s windy on 10 of them,” Mr. Sweeden jokes. Forcing workers into the elements is another attempt to shift their focus after socializing. “We want the contrast there,” Mr. Sweeden says.

The collaboration area, an open design, is a space where employees can answer emails, field questions from colleagues and hold meetings—necessary work, but tasks that should not require the deepest thinking, Mr. Sweeden says.

Employees will next move to the library, where they can gather materials needed to do their individual work, or go over notes. Here, the material of the floor changes from polished concrete to Japanese tatami mats, and employees will be asked to remove their shoes. “It’s a key threshold moment where you really think like, ‘OK, I’m going into a totally different mode mentally,’” Mr. Dewane says, away from distractions and toward deeper thinking.

Once workers feel prepared, they can enter one of about 10 soundproof deep-work chambers, a few of which will include a shower. “People will find the ones that they like best,” Mr. Sweeden says. “But if anyone interrupts you in there, the building better be burning down.”

Beyond the deep-work chambers is a contemplative space with large windows so workers can stare out at the trees and take a breather, Mr. Dewane says. This space does not include a door, ensuring that workers move through the office in the designed sequence.

The site will also include a cottage that sleeps four, available free to anyone, including non-employees, “working on a worthwhile project,” such as a new book.

The eudaimonia machine may not be a fit for some industries such as lobbying firms, where meetings make up the core of the job, or occupations like sales, where employees frequently chat with others. But in professions such as law or software development, people could benefit from more opportunities to do focused work, Mr. Newport says.

For centuries, some of society’s great thinkers built rituals into their work, helping them to prepare for deep thinking, Mr. Newport says. Today, that need is more universal. “We’re in a knowledge society now. It’s now no longer a handful of people thinking hard,” he says.

Those putting Mr. Dewane’s concept into practice, like Mr. Sweeden, acknowledge that it may evolve over time. Mr. Sweeden and his colleagues see the new office as a living lab, and he plans to disclose all costs involved for those who want to replicate it elsewhere. “The goal with the project overall is to change the way people work,” Mr. Sweeden says. “The only way to do that is to give people a blueprint to create it.”

Whether it can work at larger companies largely remains to be tested. Harvard’s Mr. Bernstein says one of the challenges of striving for eudaimonia is that what makes one colleague happy may not work for another. There are also practical limitations when it comes to retrofitting existing spaces, though Mr. Dewane says construction requires only basic materials like drywall to separate areas. If employers decide to add showers to deep-work areas, that could require additional plumbing costs.

But the right kind of workspace can change how people relate to each other and what they produce, Mr. Dewane says. “You’re not going to look at this thing and say, ‘Oh my God.’ It’s not like standing in the presence of the Taj Mahal,” he says of his eudaimonia machine. “It’s more about being a person who experiences it, walking out and saying, ‘Man, I feel really great about myself and what I was able to achieve today.’”