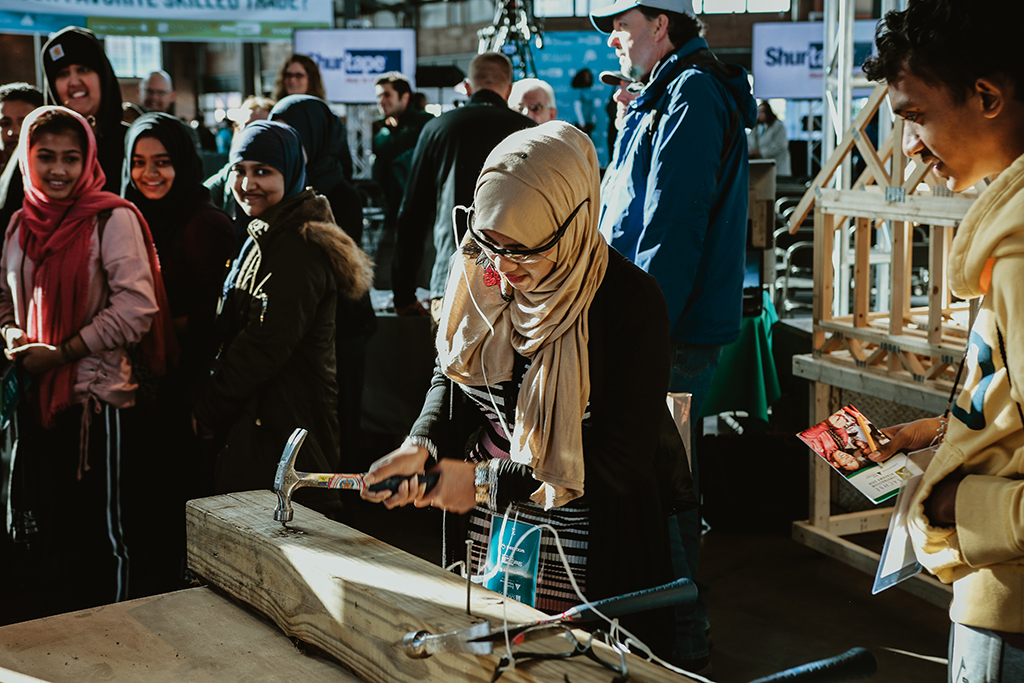 More than 500 Detroit-area high school students recently attended Sachse Construction’s third annual academy to learn about and connect with educational opportunities in construction, HVAC and other skilled trades, according to The Detroit News.

“For too many years in our country, we’ve been telling people that they have to go off and get a university degree,” says Gov. Rick Snyder (R-Mich.). “That’s a fine choice for people, but it’s not the only choice. (Trades workers) are making a difference in people’s lives. You’re going to see a great building built because of them, a great bridge, some project that they are going to look at for the rest of their lives and say, ‘I made that.’ That’s awesome.”

Todd Sachse, CEO of Sachse Construction, says he hopes the event will inspire youth to want to pursue these creative, hands-on careers.

“We literally lost a whole generation of people going into the skilled trades,” Sachse says. “A message got out there in the country that skilled trades are not a respectable career, which I think was a horrible thing led by our government, frankly, and the educational institutions. We’re trying to reverse that.”

The construction academy began as a community event in 2016 to celebrate Sachse’s 25th anniversary, but Sachse said teachers and school counselors have said it has become influential in expanding students’ career opportunities. The event included 40 information tables and interactive demonstrations from 25 companies and organizations in the business.

Kandace Jones, CEO of Junior Achievement of Southeast Michigan, a nonprofit youth organization that also sponsored the event, says survey responses from previous events show more than half of participating students have an interest in a trade afterward. This year, the academy also teamed up with Detroit at Work, which she hopes will connect students with educational opportunities and help gauge interest following the event.

“I think it’s a great opportunity for our students to hear about various career pathways,” she says. “We have some great vocational programs here in Detroit, so exposing our students, especially ninth- and 10th-graders, shows them they can be successful in their communities without necessarily going to a four-year university.”