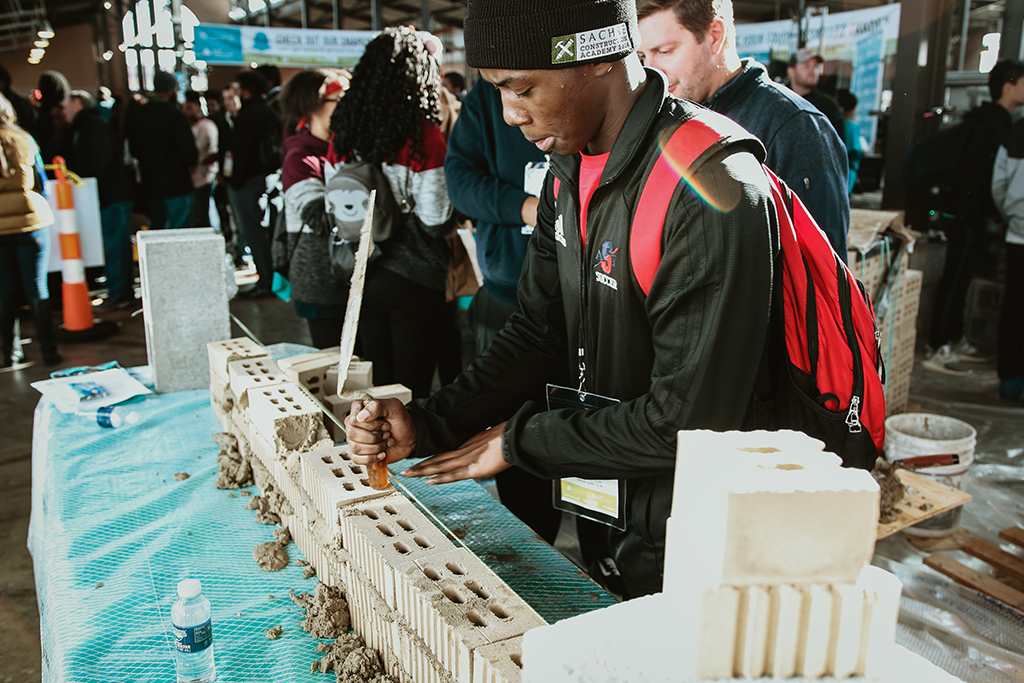 Students were able to try out over 40 different training modules during the one day Sachse Construction Academy workshop.

From proper caulking techniques and the ins and outs of an industrial HVAC systems to climbing up beams with the Local 25 Ironworkers, students were able to learn about each trade with hands-on skills exercises.

“We need you. There’s not enough skilled trade labor in our market” said Todd Sachse, CEO of Sachse Construction, to the crowd of young faces gathered at the third annual event. “We need smart people like you who are skilled and want to work hard.”

Also on hand were representatives of the Detroit at Work initiative, looking to sign up students for more local skilled trades programs and apprenticeship opportunities.

“We’ve got $3 billion-worth of construction going on and in next year, we’re going to announce another $3 billion dollars. There’s going to be enough work for everybody in the room for the next five years,” said Detroit Mayor Mike Duggan, who also got to take a closer look at the different trades and apprenticeship programs being offered.

New to this year’s event was a $2,500 Tape University scholarship from Shurtape offered to one of the participating students. Applications are due by November 9.

“For too many years in our country, we’ve been telling everybody to go off and get a university degree,” said Gov. Rick Snyder. “The ability to get into the trades, to have a skilled trade to earn a certificate in a field is an equally honorable and equally well-paying and really important role in our country.”