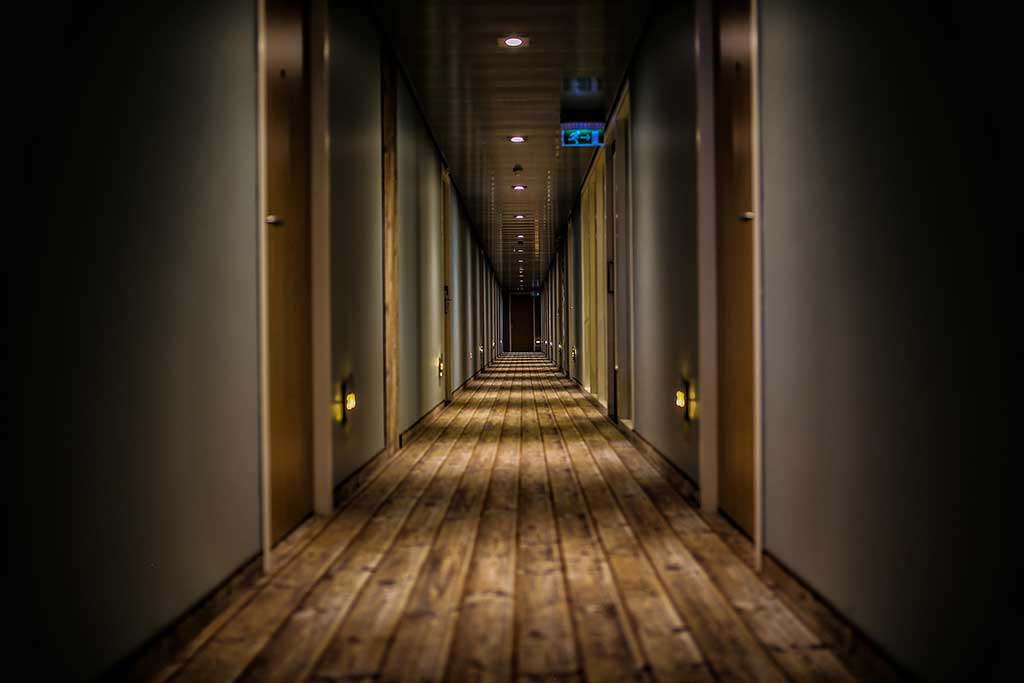 The Standard Hotel opened in London’s King Cross a few weeks ago with all of the brand’s attendant style and swagger. The 266 guest quarters, occupying a converted brutalist-style 1970s government building, are appointed with Bang & Olufsen speakers and Craig Green-designed robes. Many come with sofas custom-built to fit rounded alcoves. The hotel also offers 28 “Cosy Core” rooms, which, for all their coziness, lack one amenity most travelers view as essential as a bed: windows.

Some people struggle to fathom, let alone want, a windowless room, admitted Amar Lalvani, Standard International’s CEO: “Even when I tell people today, their gut reaction to it is, ‘That sounds terrible.’” He cites practical reasons to choose such a room, including its ability to help suspend consciousness: “If your goal is to sleep, there’s nothing better than a room with no windows. We have [guests] like musicians who may work during the night and actually want to pass out during the day.”

To wit: The Musician’s Rooms at the Moxy Nashville Downtown, slated to open this fall in a former warehouse building, feature illuminated images of the city’s downtown encased in antique window frames, but no actual windows. Two new boutique hotels in Florence, Ala., another music town—the Stricklin and the Gunrunner—both offer rockers and other vampiric types temptingly sunless, viewless, windowless rooms.

What all these inns have in common is that they inhabit structures that weren’t originally built as hotels. Stephani Robson, a senior lecturer at the Cornell School of Hotel Administration, said the developers want to maximize their investment by tucking such rooms into these conversions’ floor plans. “That’s when you’re going to start to see some rooms that either don’t have windows or look into sort of strange spaces. That is strictly economics,” she said.

Guests also enjoy an economic advantage, albeit less of one than you might expect. At the Moxy, a Musician’s Room starts at $229, while standard queen rooms go for $249. And at the Standard, a Cosy Core room can be had for roughly $303, compared with $376 for a standard queen that lets you peer down on London’s street life.

Hotels are taking measures to make windowless rooms a first choice, not a last resort. “In some ways [the Cosy Core rooms] are far better than many of the rooms that have windows,” said Mr. Lalvani, citing the rooms’ commodious plant-filled bathrooms. “You get this feeling of openness; this feeling of being outside by being in there.”

For many people, all the plants and cleverly lit city scenes in the world won’t avert claustrophobic freak-outs the way an honest-to- goodness pane of glass will.

Others take a more nuanced view. Ms. Robson’s brother Rob, a Budapest-based David Bowie impersonator, who performs under the moniker Fauxie Bowie, spent his teen years in an almost windowless basement bedroom, which he loved. “Would I plunk down cash to sleep in a windowless space again?” he asked. “In a heartbeat—as long as there was sufficient volume to stave off an MRI-style panic attack. Curiously, I wouldn’t feel the same way on a ship: Just thinking about a windowless stateroom gives me ‘Poseidon Adventure’ nightmares.”

From the swank cocoon of a Cosy Core room at the Standard Hotel in London, the bustle of King’s Cross and the thump of music from the hotel’s Double Standard bar and restaurant mightas well be a million miles away.

Countless country superstars have sung of sleepless nights from the stage of Nashville’s legendary Ryman Auditorium. For the deepest post-show sleep, many will no doubt soon rest their weary heads three blocks away in quiet windowless “Musician’s Rooms” at the soon-to-open Moxy Nashville Downtown.

Each of the 11 rooms at the Gunrunner Hotel in Florence, Ala. is themed after a notable person or company in the Muscle Shoals area.The windowless Devil’s Backbone suite is named for a locally notorious 19th-century outlaw.

The 21c Museum Hotel in Louisville, Ky., offers one windowless suite that’s actually an art installation you can sleep in. Titled “Asleep in the Cyclone,” and created by artists Jonah Freeman and Justin Lowe, the room features a ceiling that’s a psychedelically illuminated tributeto ’60s-era geodesic domes.

The Boiler Room bar in the basement of the Stricklin Hotel, also in Florence, Ala., features a four-lane bowling alley, open until 2 a.m. some nights. The ground floor houses a Big Bad Breakfast restaurant that starts slinging biscuits and gravy at 7 a.m. But the five windowless Select King rooms, with stylishly exposed brick walls and brass bathroom fixtures, guarantee that the noise from night owls and early birds stays as distant as the morning sun.

Most of the action in the sun-baked town of Coober Pedy in the Australian Outback is below ground. That’s where miners have been digging for opal for more than a century, and where you’ll find many of the rooms of the Desert Cave Hotel. The stone-walled chambers give an intimate view of the beautiful local geology, and a cool respite from the scorching surface.