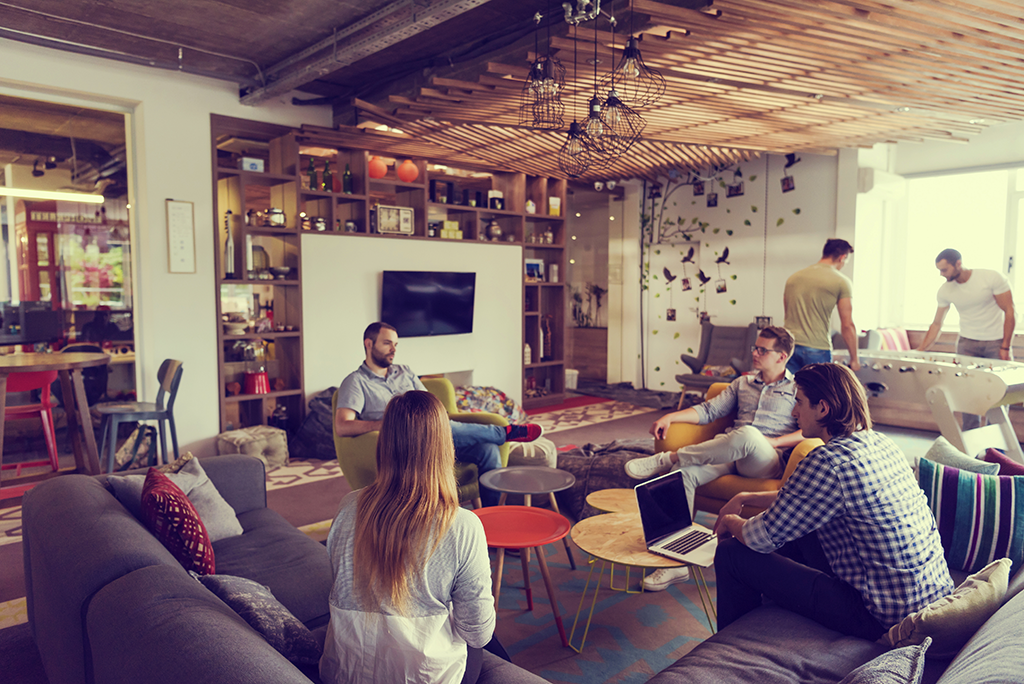 WeWork certainly made waves this year when the co-working giant fired its CEO, laid off 2,400 employees, yanked its much-anticipated IPO and drastically reduced its valuation. But for office REITs, the debacle hardly made a ripple—a calmness expected to extend into 2020.

Colin Connelly, CEO of Atlanta-based Cousins Properties Inc., said during the office REIT’s October earnings call that the co-working industry as a whole—not just WeWork—had gotten “a little bit out in front of itself.” As such, Connelly believes growth of the co-working sector will continue “at a much more moderate pace.”

During his office REIT’s October earnings call, Ted Klinck, CEO of Highwoods Properties Inc., echoed that sentiment. Given the WeWork upheaval, office landlords will approach co-working more cautiously in the near term by more closely evaluating the credit profiles of prospective co-working tenants, he noted. Raleigh, N.C.-based Highwoods has no WeWork leases.

In part, the general absence of WeWork anxiety among office REITs stems from the tiny percentage of their revenue that WeWork represents. For instance, Boston Properties Inc., one of the country’s largest office REITs, reported in October that WeWork accounts for only about 1 percent of total revenue for the Boston-based REIT. Meanwhile, New York City-based SL Green Realty Corp. says only about 1.5 percent of its properties in Midtown Manhattan—home to the bulk of its portfolio—have exposure to WeWork.

More broadly, office REITs aren’t fretting about WeWork because co-working leases make up a relatively small share of the entire U.S. office market. According to commercial real estate services company CBRE, flexible space occupies less than 2 percent of U.S. office inventory, and the penetration rate sits at 5 percent or more in only a handful of submarkets.

In addition, some office REITs have forged partnerships with various co-working operators or have established their own co-working brands. Boston Properties, for example, launched its FLEX by BXP co-working concept in 2018. CBRE predicts arrangements between landlords and flexible space operators will drive much of the growth of U.S. co-working in 2020.

“While co-working does address many tenant demands and offers a competitive alternative to a traditional long-term commitment, office REITs shouldn’t panic. Rather, they should consider how adopting some of the front and back-end strengths of co-working companies might help them hone their competitive edge in the market,” professional services provider BDO USA LLP advised in June 2019.

CBRE forecasts the inventory of U.S. co-working space will grow by 13 percent in 2020. However, that’s down substantially from its earlier projection of 30 percent. CBRE lowered the outlook after WeWork indicated it would slow its growth.

“As with any transformational phenomenon, the flexible space road is not smooth. There are bound to be bumps, twists and turns before things settle,” CBRE researchers note. “The short term could be a tumultuous time for flexible office space, but landlords, investors and lenders will become more educated over time. This wisdom of experience will eventually create a flexible space model that fits the needs of all parties, most importantly the consumer.”

Even though the co-working road remains bumpy, the flexible space trend shows no signs of a massive drop-off. Commercial real estate services company Cushman & Wakefield predicts co-working memberships in the U.S. will swell from about 750,000 today to 1 million by 2023. That follows a 45 percent compounded annual rate for growth in U.S. gateway markets of co-working leases from 2010 to 2018, according Cushman & Wakefield data.

Despite its woes, WeWork appears likely to keep steering the co-working market in the U.S., particularly since it recently received a $9.5 billion lifeline from Japan’s SoftBank and a $1.75 billion financing package from Goldman Sachs. Today, WeWork provides about one-third of flexible office space in the U.S., according to CBRE. Nine other operators account for 35 percent, with the remainder spread across 690 more operators.

If for some reason WeWork were to collapse completely, office REITs could quickly bounce back, REIT executives and industry experts say.

All in all, the flood of venture capital plowed into co-working operators like WeWork in the past decade has been “an absolute godsend” to office REITs and other office landlords, says Alex Pettee, president and director of research and ETFs at Rowayton, Conn.-based investment adviser Hoya Capital Real Estate LLC.

“WeWork has always been far more friend than foe to the office landlords and was really just the tip of the iceberg for a far larger co-working industry that sprouted around it,” Pettee says. “Co-working has been to office REITs like Amazon has been to industrial REITs, as coworking has accounted for a huge chunk of incremental office leasing over the last decade.”

That godsend could be in trouble, though.

While office REITs have minimal exposure to WeWork in particular and co-working in general, Pettee says they could experience weakened leasing demand after valuations of some co-working operators inevitably decline in the wake of the WeWork wreck. Lower valuations could prompt some co-working companies to scale back leasing activity or shut down altogether, Pettee warns.

“I think many REIT investors discount how significant co-working has been to incremental leasing demand, and just how damaging that the implosion at WeWork has been to the broader co-working industry,” Pettee notes.

From his perspective, Samuel Sahn, executive director in the New York City office of Timbercreek Asset Management Inc., says the bigger threat to office REITs is the possibility of decreased valuations for WeWork-occupied buildings. Nonetheless, he added, co-working remains a valid business model for office REITs, and any WeWork-induced distress is not something to “get all bent out of shape about.”

“I believe the market in general is underestimating the impact co-working is currently having and will have in the future within the office real estate industry,” Hoopes says. “It is on the verge of being recognized uniformly as a mainstream real estate solution.”