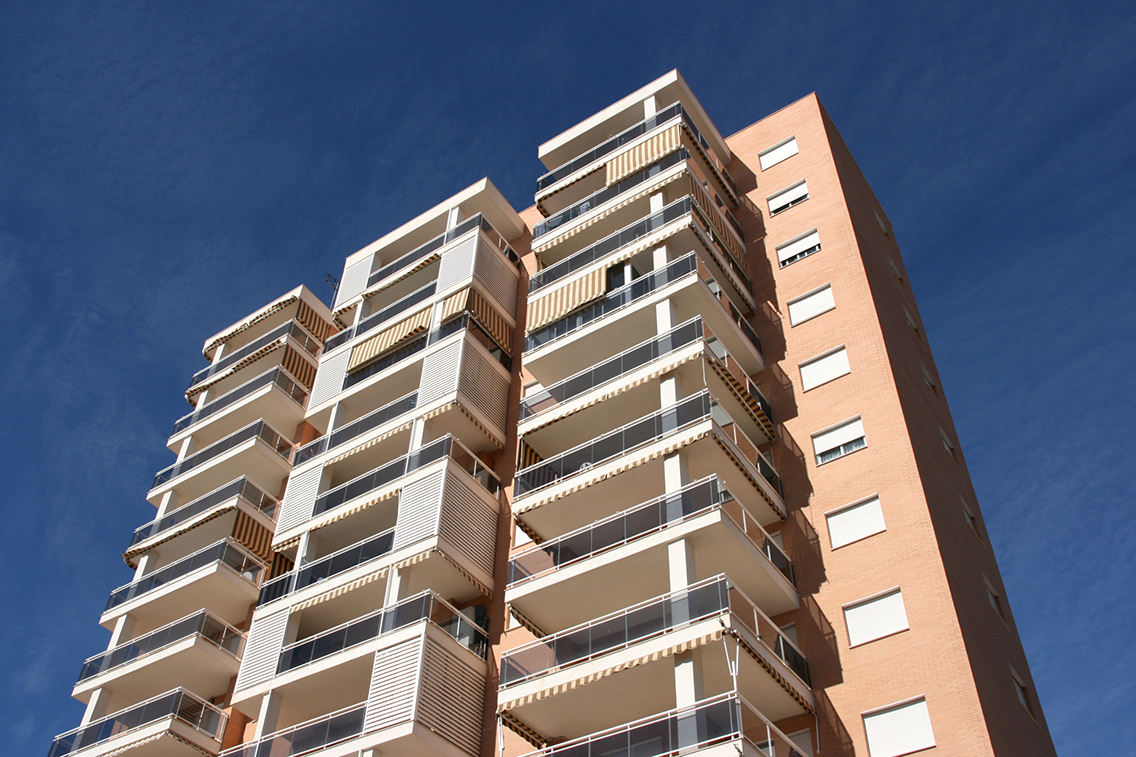 In Downtown Los Angeles, apartment developers are opening thousands of new luxury units in high-rise towers. Property managers now have to offer steep concessions to attract potential renters. “It seems like there is a new tower opening every month,” says Basham.

Outside of Downtown, very few vacant apartments are available and rents are still rising quickly at the nicer class-B buildings. Investors are profiting from the rising rents by buying and renovating Class-B properties in good locations.

“There is quite a bit of older apartment product appropriate for upgrades in some of the gentrifying neighborhoods across Los Angeles,” says Greg Willett, chief economist and research head for MPF, a RealPage company.

Nearly all of the new apartments being built in Los Angeles are in luxury towers rising over the city center. “Downtown is the only place where there is supply pressure and competition for renters,” says CoStar’s Basham.

Developers now have 5,147 new units under construction Downtown, according to MPF. That’s nearly twice the amount under construction in neighborhoods like Mid-Wilshire or Hollywood, which are the next largest submarkets for new development.

“It seems likely that the influx of new product will cool Downtown rent growth to only around 1 percent or so for a couple of years,” says Willett.

Downtown landlords now have to offer concessions such as months of free rent to attract and keep tenants. “A month of free rent is the least you will see,” says Basham. “Lots of other properties offer two months, gym memberships or free parking.”

Currently, rents at class-A apartment buildings in Los Angeles are rising slowly—just 2.2 percent on average over the last 12 months, according to CoStar. The residents who chose these luxury buildings can typically easily afford to pay the high rents. But these renters also have lot of other choices for their housing, thanks to all the new development.

Outside of Downtown Los Angeles, nearly all the new apartment projects being built are located near stops on the growing L.A. subway system in places like Pasadena and Culver City. “Most new construction is within striking distance of a transit stop,” says Basham. Local officials often encourage transit-oriented development with incentives like reduced parking requirements.

These new developments are not enough to create much competition for renters outside of Downtown, so there is no need to offer concessions. “In most other parts of the metro area, landlords don’t really need to do much to stay at a 95 percent occupancy rate,” says Basham.

Outside of Downtown, there are very few vacant apartment units available for rent. Less than 4 percent of the apartments in the Los Angeles market were vacant in the third quarter. “It’s a very tight market—3 percent is about as low as we have ever seen,” says Basham.

The largest rent increases over the last 12 months—at 3.7 percent—were recorded at class-B properties, according to CoStar. These buildings don’t have much competition from new construction.

Because of this rent growth at class-B buildings, value-add investments are very common now in Los Angeles. “In a lot of places, value-added properties can quickly become the property at the top of the market, because nothing new has been built there in a long time,” says Basham.

Investors are expected to spend more than $10 billion to buy apartment properties in Los Angeles in 2018, largely because of these value-add opportunities. “This is going to be another record-setting year,” says Basham.

That’s especially true in communities like Long Beach, where $1 billion in apartment properties have traded in the last 12 months, including many older properties slated for renovation. Only a few new apartment communities have opened in the port city on the southern edge of Los Angeles County.

These properties are selling at high prices relative to their incomes, working out to an average cap rate of 4.1 percent over the 12 months that ended in November, according to CoStar.

At less expensive class-C and -D properties, where landlords depend on residents who earn lower incomes, rent growth has ground to a halt. “We chalk that up to affordability—rents have been growing faster than incomes. That is only sustainable for so long,” says Basham.

Rents grew at an average of 2.5 percent at class-C and class-D apartments. Even though many of these properties have few vacancies, many property managers hesitate to push the rents higher for residents who may already be spending a large share of their income on housing.