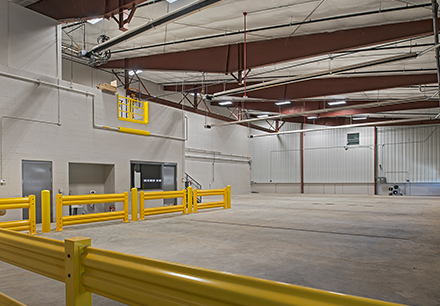 According to a new report by Transwestern, there was no slowing down the U.S. industrial market in the fourth quarter of 2018. Despite nearly 1 billion square feet of new inventory delivered in the past three years, vacancy ended the quarter at 4.7 percent, less than half of the post-recession high of 9.5 percent in 2010.

“The industrial sector continues to hit on all cylinders,” said Matt Dolly, Director of Research in New Jersey. “In the fourth quarter, we saw job growth in construction, manufacturing and retail trade, all of which support the industrial market. E-commerce sales rose nearly 20 percent year over year during the holidays. And still, even with a massive volume of new deliveries, demand continues to outpace supply.”

The unprecedented demand, especially in tight metros, continues to push up the average national asking rent, which has been on an upward trajectory for six years, ending the fourth quarter at $6.29 per square foot. Of the 47 industrial markets Transwestern tracks, more than 90 percent experienced year-over-year rent growth, and all but four markets posted positive net absorption for the year. In most markets, more than half of product under construction is preleased.

Although industrial continues to outperform all other product types, Dolly outlined some areas to watch: