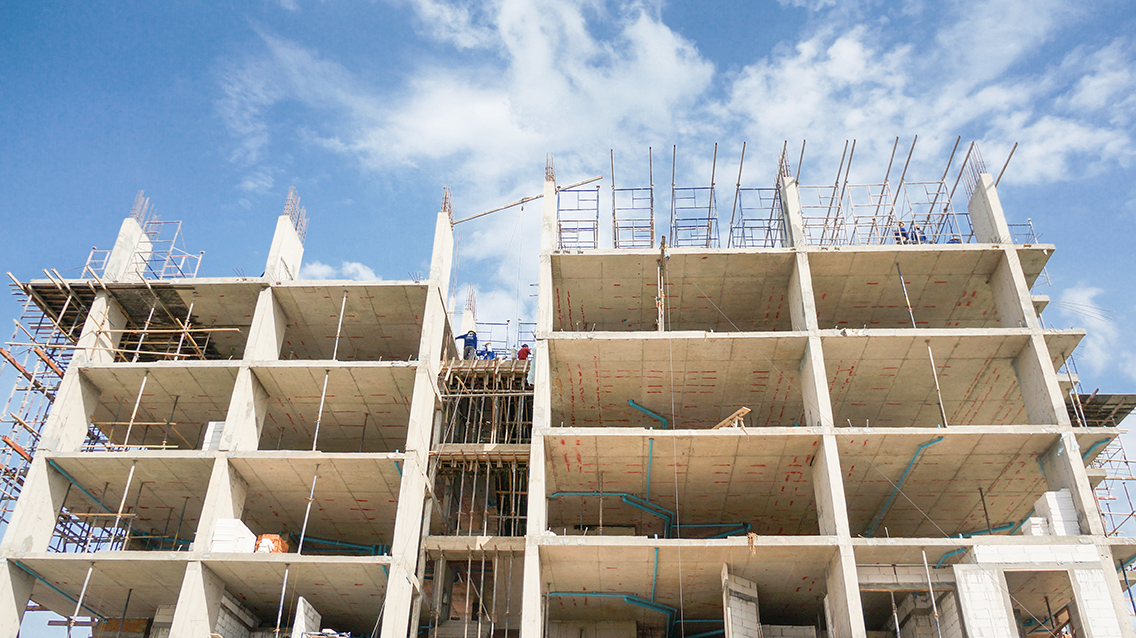 U.S. housing starts grew modestly last month, driven by an outsize jump in apartment building that masked weakness in the pipeline for single- and multifamily construction.

Housing starts rose in August on a surge in multifamily building.

Housing starts increased 9.2% in August from the prior month to a seasonally adjusted annual rate of 1.282 million, the Commerce Department said Wednesday. This rise in building was driven by a robust 29.3% climb in the volatile multifamily sector that likely won’t be sustained.

Building permits, a more stable measure that can signal how much construction is in the pipeline, were down for multifamily building, a sign that demand continues to cool for apartments and condominiums.

Permits were also sluggish for the single-family sector, even as steady job and wage growth are helping drive home-buyer demand. Rising material costs and labor shortages are posing challenges for builders seeking to ramp up construction.

“Builders know that there is demand at a lower price point,” said Aaron Terrazas, senior economist at Zillow. “They can’t meet that price point given all the costs.”

Housing-starts data are volatile from month to month and can be subject to large revisions. August’s rise for starts carried a margin of error of 11.4 percentage points.

The broader trend shows the housing market notching some pickup, as starts climbed by 6.9% in the first eight months of 2018 compared with the same period a year earlier.

“There is fundamental softness in housing,” wrote Stephen Stanley, chief economist at Amherst Pierpont Securities, in a note to clients. “Even if the weather had been more favorable in recent months, housing activity would probably not have been much better than flat after advancing at a substantial pace in prior years.”

The National Association of Home Builders on Tuesday said its gauge of builder confidence remained unchanged in September.

Jerry Howard, chief executive of the home-builder association, said the fact that the index is flat is a positive sign that his members aren’t becoming overly exuberant the way they did in the mid-2000s.

Still, he said labor costs and affordability are going to become an increasing challenge to the industry. He expects housing to become an issue in the coming midterm elections and the presidential election in 2020.

“We’re seeing younger people priced out in more and more markets,” he said.