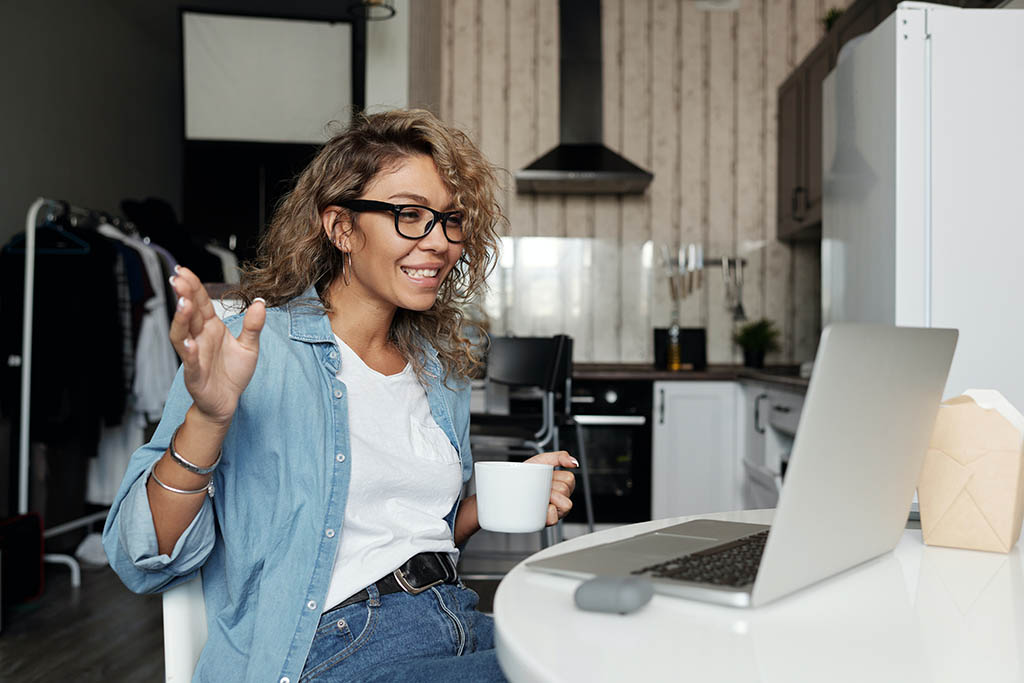 Like a lot of white-collar professionals, Brad Hargreaves has been working remotely since March. The founder and CEO of Common, the U.S.’s largest co-living company, Hargreaves found himself making his own co-living arrangement when the pandemic hit, relocating with his family to his in-laws’ place in North Carolina. Telecommuting is just not what his home in New York City was designed for. “That’s why I’m living in someone else’s home right now,” he said.

Common, he figured, could help solve this problem for other people like him.

The real estate company designs and operates co-living buildings — furnished, extended-stay facilities made for three to five roommates — in eight U.S. cities, including New York, D.C., L.A., the Bay Area and Fort Lauderdale. It also manages other more traditional apartments, a fleet of micro-studios, a workforce housing brand called Noah, and a family-oriented housing outfit, called Kin. When the pandemic sent the work-from-home-forever dominos falling, Common faced a challenge to its existing shared-living model and saw an opening to launch a new kind of housing structure, designed specifically for a crowd of laptop-toting professionals who want to stop working from bed, but aren’t heading back to the office anytime soon.

“Even prior to Covid, we’d really been encouraging in-unit and outside-of-unit working space,” said Hargreaves. The company’s proposed “Remote Work Hub” would be a scratch-built effort to blend work and life from the ground up: These home-office complexes would boast email cubbies, phone pods and conference rooms integrated with apartment lobbies, for example; worker-residents might take a short “commute” down an elevator or across a park to WeWork-style hot desks.

On Tuesday, Common released a Request For Proposals inviting developers, property owners and public representatives from cities, counties or states to make the case for launching such a hub in their region. Common is presenting this site selection process as a public competition in the hopes that under-the-radar, more affordable cities will apply. Think of it as an Amazon HQ2-style contest for an unsettled employment era, aimed at tapping into the “tech exodus” from the Bay Area and other spendy coastal hubs.

A jury of advisors — including former Philadelphia mayor Michael Nutter, Venture for American CEO Amy Nelson, and venture capitalists Adam Demuyakor and Joe Lonsdale — will help choose the winning location and plan (or plans) by January 2021; the company will partner with the owners of the site to design, operate and help market the facility for an expected opening date of 2022 or 2023. Proposals are “in theory” welcome from any region in the world, but Hargreaves says they’re looking to offer rents close to the U.S. median for a one-bedroom of $1,200 a month. “We’ll base a lot of decisions on being able to get that price point,” he said. (They’re also preferencing places that have compatibility with North American time zones, easy airport access, and reliable internet.)

In the tradition of new remote worker incentive schemes out of places like Tulsa, Oklahoma and Savannah, Georgia, Common is pitching the Remote Work Hub as a chance for regions “that have been on the ‘outside looking in’ of recent technology-fueled economic growth” to grab more of that coveted young professional tax base. The RFP is explicit about not wanting the hub to be “all inclusive” — meaning they don’t want workers spending 24/7 on campus, instead going out and buying things in the city. The hub would also target “both locals and non-locals.”

“One thing we’ve been good at at Common is getting people who never would have lived in a certain neighborhood to live in that neighborhood,” said Hargreaves. “I think there’s a chance that [these remote workers] don’t want to live in the most expensive cities like New York and San Francisco, but I’m not convinced they’ll say hey, I want a single family detached home in the suburbs, or a ranch in Montana.”

It may seem a bit bizarre that Common’s lesson from a global pandemic that forced everyone out of shared indoor office space is to build another one. There are also parallels to WeWork’s now-defunct plans to create a co-living empire. But now that so many of us are living at work, the inherent drawbacks have been made all too clear — the social disconnection from fellow employees, the omnipresence of children or roommates during the workday, and the reality that most apartments are not built or wired to also be offices. These issues may be enough to push employers right back into traditional — albeit redesigned — offices once it’s safer to gather; Hargreaves is betting that instead, people will just want to live in better, more social flexible live-and-workspaces in cheaper cities. In some ways, the Remote Work Hub could be thought of as a snazzy 2020 update of early 20th century single-room occupancy hotels that provided workforce housing to pre-digital nomads who roamed from city to city in search of employment.

The RFP outlines a plan for a hub that can house a minimum of 300 people in a style of the applicant’s choosing — “garden-style apartments, multiple mid-rise buildings in a campus, a high-rise mixed-use building, or a community of single-family homes” are all viable options. “I’ve been personally inspired by New Urbanist principles of density at a human scale,” says Hargreaves; he doesn’t expect the winning proposal to be a high-rise. And though co-living and co-working are words closely tied with images of single young people, Hargreaves says the Remote Work Hub is meant to house individuals and families within a broader age range.

One potential wild card in this selection process is the coronavirus. While the pandemic is currently raging on across the U.S., the company says they’ll wait to develop disease-avoiding protocols: The RFP states (optimistically) that by the time they break ground, “Covid-19 will no longer affect the daily activities of living and working.”

Hargreaves rejects the idea that the company’s RFP invites comparisons with the HQ2 race, but Common’s competition does bear some surface similarities to Amazon’s quest to find a home for a second headquarters back in 2018. The company asked cities to offer tax incentives and development sweeteners for the chance to host a campus, dangling the promise of an employment boost and a show of faith in the city’s future. (That process ended up with the company choosing two locations, and backing out of one after facing political pushback.)

Common, too, wants cities to put together a winning pitch with the promise of urban amenities and local business incentives — but the focus on individual workers demonstrates that the principles of economic development bidding wars may be shifting to a more employee-based approach. “The benefits are going to accrue to workers, not companies, which makes the whole thing more transparent and out in the open,” Hargreaves said. “Citizens are going to feel better about new residents getting a small bonus to get a house or pay off rent versus those benefits going to Amazon or Microsoft.”