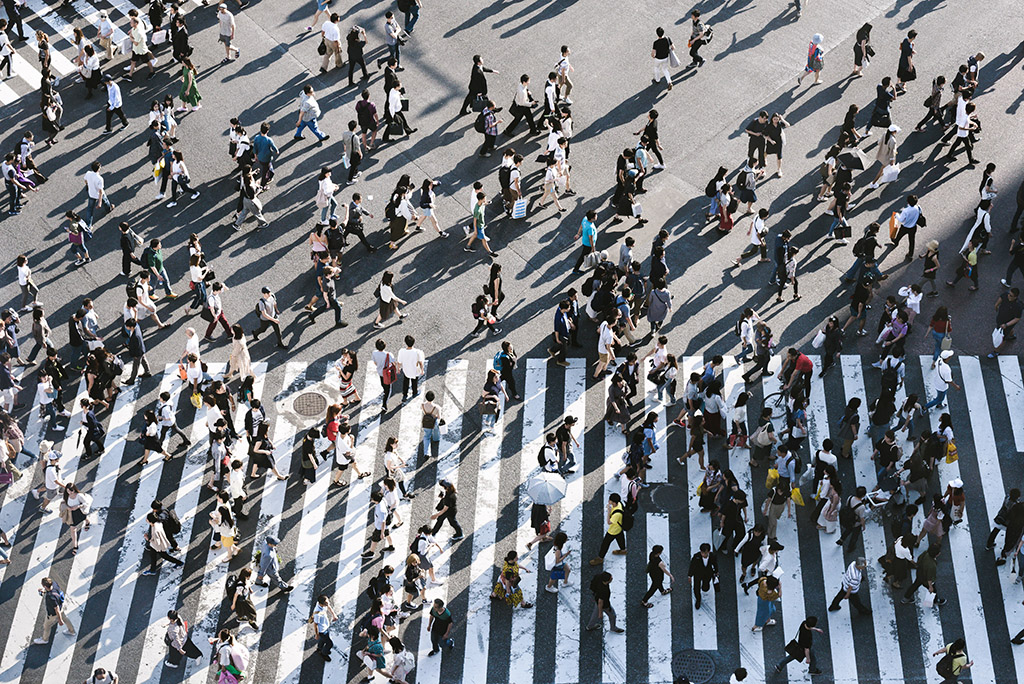 Easing lockdowns around the world present an opportunity to go back to the drawing board for many economies. In Asia, densely packed urban centers are a good place to start. The trick for planners will be to minimize disease outbreaks without quashing the promise of employment that has made cities a magnet.

By 2025, the world will have 37 megacities — defined as having at least 10 million people — and as many as 20 of them will be in Asia. Two-thirds of the region’s population will be living in urban areas by 2050, compared with 20% in 1970, according to the Asian Development Bank. Bustling metropolises have become a symbol of rapid growth across the continent, which has reached a level of urbanization in less than a century that took more than twice as long in other parts of the world.

For decades, this transition was a one-way ticket to economic boom. With the coronavirus outbreak, however, we’ve seen cities become hotbeds of infection, where vast concentrations of wealth can become a liability when businesses grind to a halt. But while de-clogging seems like a good idea on paper, is it desirable or even feasible? Working remotely from the suburbs sounds great if you live in a congested downtown district, confined to four walls and a small bathroom with screaming kids. The reality in many rural areas, however, is poor infrastructure, subpar schools and scarce medical clinics, not to mention limited delivery options.

In Indonesia, officials are getting cold feet about the construction of a new capital, which was intended to take the strain off overcrowded and sinking Jakarta. While I had reservations about the prospect of creating a city from scratch, the government was correct in identifying a problem. Spreading some wealth beyond the island of Java would be welcome, too. Sadly, the vision is being subordinated to the emergency of the day, just when an alternative is needed most. President Joko Widodo says there are better ways to spend $34 billion. Indonesia can’t print rupiah indefinitely and no politician wants to be accused of erecting new digs for lawmakers while millions slip back into poverty.

In the Philippines, meanwhile, the coronavirus has given fresh life to proposals for thinning out Manila, one of the most heavily populated cities on earth and the country’s virus epicenter. President Rodrigo Duterte is offering to pay people to leave the area, which generates about one-third of gross domestic product. Yet skeptics of his “Back to the Province” program point to the centuries-old centralization of power in the capital — Imperial Manila, Duterte calls it — and shrug. People have preferred to emigrate rather than leave the city, which has made the Philippines a global hub for the export of labor, as I’ve written. Unless centers of capital and government are prepared to surrender control to regions, along with taxation authority, the boonies just aren’t going to be attractive enough.

Liew Ching Tong, a Malaysian senator and, until March, deputy minister for defense, has an idea along those lines. In a presentation last month to the Institute for Democracy and Economic Affairs, a think-tank in Kuala Lumpur, Liew proposed significant reforms to local government financing: Give Malaysia’s 13 states the ability to share income-tax power with the national administration. Right now, the provinces are largely dependent on grants from the central government and often need its approval before borrowing. Their only meaningful ability to generate revenue is from land sales and natural resources, which tend to exacerbate environmental degradation.

This federal-state dynamic puts local projects at the mercy of political winds from Kuala Lumpur. In the state of Penang, for example, anticipated bond sales are intended to fund an overhaul of public transportation. The proposal — approved by the last coalition government, which dissolved three months ago — is now in jeopardy of being revoked, says Tricia Yeoh of IDEAS. Only by empowering states to control their finances can they develop good infrastructure and support the high living standards that will attract the best and brightest.

The good news for city dwellers is that the coronavirus has opened the door for some creative urban planning. In Singapore, the head of the Housing & Development Board, which created the city-state’s signature high-rise public housing, recently discussed dividing the country into relatively self-sufficient regions to help contain viral outbreaks down the road. Future HDB dwellings should have drone parking zones in place of car spaces, given the critical role of delivery services during this outbreak, Chief Executive Officer Cheong Koon Hean told a forum on June 3.

Asia’s megacities won’t disappear, nor should they. But if we’ve learned anything from the coronavirus, it’s the danger of concentrating too much human capital in one physical location. That’s why Asians of the future need to have desirable alternatives, which means finding the right incentives, not just telling people to pack their bags and head to the hills. Cities have been fun places to live for the region’s burgeoning middle class. To keep urban areas prosperous and healthy, though, the hinterland needs to be revitalized, too.