‘The Big Short 2.0’: How Hedge Funds Profited Off the Pain of Malls - Sachse Construction 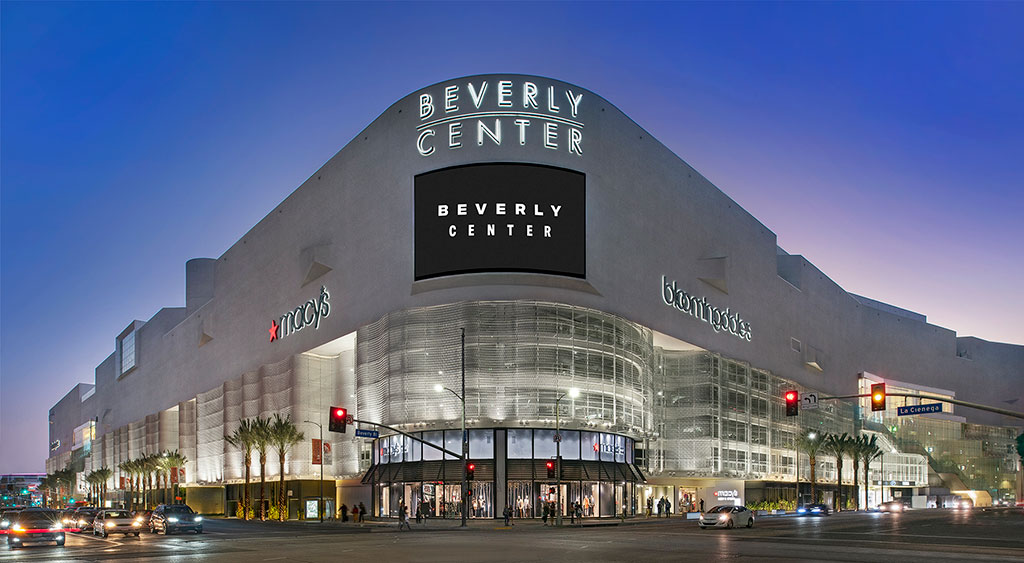 Catie McKee was nervous. It was last October, and the 31-year-old hedge fund analyst, who had been scrutinizing the mortgages on the nation’s malls, was convinced that some of those malls would default on their loans. She and her colleagues had even bet a substantial amount of money on that likelihood.

Ms. McKee was about to make her case to Carl Icahn, one of the country’s best-known investors, who had made a similar wager and invited her team to discuss the trade. Nothing would bolster her confidence — and the prospects for her trade — more than if the billionaire and onetime corporate raider backed her up.

She needn’t have worried. As Ms. McKee sat in Mr. Icahn’s wood-paneled boardroom with a sweeping view of Manhattan’s Central Park, discussing her thesis with the 83-year-old investor, she realized they shared the same outlook. Both agreed that e-commerce, changing consumer habits and evolving demographics had pummeled all malls to some degree in recent years, but some were far worse off than others. So by betting on their demise, both could profit handsomely — which they did.

Mr. Icahn, whose hostile takeover of TWA in the 1980s established him as a major dealmaker, has made $1.3 billion on the trade since that meeting. And the investors that made the trade within Ms. McKee’s firm, MP Securitized Credit Partners, more than doubled their money. Mr. Icahn and MP are among a handful of investors who have, collectively, made hundreds of millions of dollars on similar trades this year.

There is something discomfiting about the idea of getting fantastically rich off someone else’s misfortune, which is what happens when a “short” trade — or bet against a stock or industry — succeeds. The contrast is even more startling given that the pandemic, which has devastated the economy and hurt the livelihoods of millions, has turbocharged the bets that Mr. Icahn, Ms. McKee and others placed on the downfall of malls.

But on Wall Street, such brazenness is celebrated. Investors love little more than a contrarian bet that pays off, a combination of math and seeming magic that allows them to find a market disruption before everyone else and score a big win.

The trade Mr. Icahn and Ms. McKee met to discuss, known as the “mall short” in financial circles, is the latest in a longstanding Wall Street tradition that some criticize as bottom-feeding because it preys on failure and can push a business over the edge while contributing little to the economy. Most investors buy stocks and bonds with the expectation that they will rise in value. A short is the opposite, and their defenders say they can help expose corporate fraud or deflate a dangerously overvalued asset, which can aid the smooth functioning of markets. More than a decade ago, some investors famously profited off the collapse of the housing market, even as the United States plunged into a financial crisis. Their trade came to be known as “the Big Short,” inspiring a book and a movie.

“We periodically do shorts, and this is one of the best that I’ve ever seen,” Mr. Icahn said in an interview last week, echoing what he had told Ms. McKee. The two, who were introduced by a former colleague of Mr. Icahn’s, have stayed in touch.

Daniel McNamara, a colleague of Ms. McKee’s, called it “the Big Short 2.0.”

Brick-and-mortar retail has been in distress for years. Trapped between the growth of online shopping and the popularity of discount chains, many retailers have struggled to find a foothold in the changing firmament. The nation’s roughly 1,000 shopping malls (excluding strip and outlet malls) have borne the brunt of the problems, with hundreds of them fighting low occupancy and the loss of major stores, known as anchors.

The coronavirus pandemic, which prompted stay-at-home orders, increased the financial strain on malls by choking off much-needed foot traffic and cash flow.

“The pandemic sped up the rate of demise for CMBX 6 malls by being the final straw for a lot of struggling retailers and mall owners,” Ms. McKee said, referring to the obscure real estate index that she bet against because of its exposure to troubled malls.

The private equity fund Apollo Global Management, which runs an internal hedge fund that focuses on credit investing, made more than $100 million shorting the CMBX 6 and other commercial real estate securities — one of the fund’s most successful trades of the year. Jason Mudrick, whose New York hedge fund, Mudrick Capital, focuses on distressed investments, estimated that he had made the same amount. So did Scott Burg, chief investment officer at Deer Park Road, a fund in Steamboat Springs, Colo.

So far this year, 16 percent of all retail industry loans are delinquent, according to statistics tracked by the data firm Trepp. Major retailers, including J.C. Penney, Neiman Marcus and Modell’s Sporting Goods, have filed for bankruptcy, and new tenant demand for mall space has never been weaker, according to an analysis of national malls by the advisory firm Green Street. The closure of anchor stores only exacerbated the financial duress, given that, as Green Street noted in a recent mall survey, their departure can allow other tenants to reduce the rent they pay. Some landlords have opted to hand ownership of their struggling malls back to their lenders, making distressed sales of those investments very likely.

“The malls were way overbuilt to begin with,” Mr. Icahn said, “but additionally, the real problem was that malls and physical retail were constantly losing ground to online shopping.” He has kept his trade, believing that certain shopping malls could be in far worse trouble.

The CMBX 6 index is intended to track a basket of bond products, each of which contains bundles of individual mortgages to commercial borrowers, more than 2,000 in total. Those products are then sliced into brackets, known as tranches, and assigned credit ratings ranging from AAA to BB, according to their perceived level of risk.

The CMBX 6, which tracks the performance of mortgages issued in 2012, has been a target for short-sellers because of its relatively strong exposure to malls. According to an analysis by Trepp, 40 percent of the property loans tracked by the CMBX 6 are in the retail sector, giving it the highest exposure to retailers of any CMBX index. (The balance of the mortgages are in the lodging, residential, office and industrial sectors.) Of the retail mortgages the CMBX 6 tracks, 39 are in American malls, many of which have 10-year mortgages coming due in 2022.

Deer Park Road’s Mr. Burg, who specializes in complicated bond investments and said his firm had done well by betting heavily on risky home borrowers in the aftermath of the 2008 financial crisis, adopted the mall short before the virus hit. His research suggested similarities between the lax way that home loans were signed in the run-up to the last crisis and the underwriting of many retail mortgages. He also thought there were too many malls.

By the middle of May, the portion of the CMBX 6 with a BBB– rating, which had begun the year trading strongly but was especially popular with short-sellers, had fallen more than 30 points. It has recovered only a few points since then.

“It’s an absolute perfect storm, unfortunately, for the commercial real estate market,” Mr. Burg said. “We see very little that the Fed or government can possibly do to prop this up when there’s so much excess supply.”

To short any CMBX index — there are 13, each tied to a different origination year for commercial mortgages — investors pay various fees, including an annual amount to hold what is essentially an insurance policy that pays out if the mortgages the index tracks default. Those fees might be $300,000 to $500,000 a year for every $10 million of insurance the investor wants to hold.

Before making their bets, some investors who shorted the CMBX indexes engaged in labor-intensive research. Mr. Mudrick and his analysts walked all 39 malls in the CMBX 6 index, from the Northridge Fashion Center in Los Angeles to the Town Center at Cobb in Kennesaw, Ga. Wearing casual clothes, his group paced the perimeters and food courts, snapping photographs and taking notes.

A slide deck on the Crystal Mall in Waterford, Conn., that Mudrick Capital prepared in 2017, when the firm first did the trade, contains maps of the two floors, facts and figures on competing shopping centers and a summary of the tenants classified into categories like “distressed” (Gymboree, Claire’s), “local/non-national” (Lord’s & Lady’s Hair Salons, FroyoWorld) and “notable” (Hollister, Aéropostale). A caption above one picture that prominently displays a J.C. Penney store and few shoppers in the atrium reads: “Interior physical product ok, but tired. Vendor renting ride-able stuffed animals for kids in middle of photo.”

Mr. Mudrick said security workers in the malls sometimes hassled him or his employees. “When we took photos, we tried to do it sort of in a clandestine way,” he recalled.

When Ms. McKee, who this year became a portfolio manager at MP, and Mr. McNamara, her colleague, met Mr. Icahn, their main fund had already invested more than $100 million in the short trade. They were hoping to do more, but some of the investors they were pitching were uncertain, which was why Ms. McKee was hoping for Mr. Icahn’s endorsement.

In February, Ms. McKee and Mr. McNamara started a fund with $30 million in investor capital that was dedicated solely to the mall short. Within a month, they had more than doubled that money, so they closed out the fund in May and distributed the proceeds to investors. MP still retains a short position in its main fund.

“I’m definitely bearish on malls,” Ms. McKee said. “But I think it’s a very case-by-case basis. I don’t think all malls are dying.”