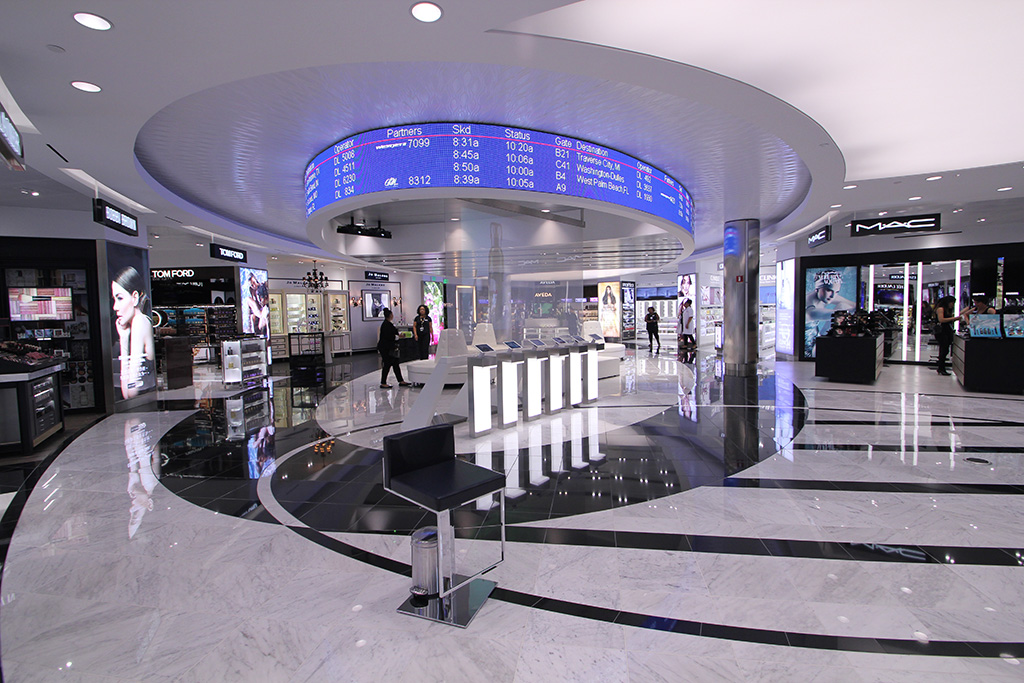 How can design innovations help retail centers flourished at a time when the retail sector itself is rocked by change?

Experts representing the perspectives of operators, architects and retailers offered some answers this month during the International Council of Shopping Centers’ New York Deal Making Conference. David Glover, principal at Gensler; Jodie McLean, CEO, EDENS; and Jeff Weinhaus, president & CDO at Equinox, discussed how retail centers can be taken to a completely different level by combining digital tools with the timeless appeal of brick and mortar.

The premise of the Dec. 5 panel, “Designing for Change,” was that today’s consumers expect more than ever from brands and retailers—and landlords, tenants, developers and designers will have to come up with a very different approach for the shopping center of the future. “It’s not simply enough to evolve the concept of a store. It’s really about making a transformational shift to a hyper experience (…) to maximize happiness,” said Glover.

For example, the Adidas store in Manhattan—largest in the apparel retailer’s  worldwide portfolio—merges technology with space for the ultimate customer experience. Designed by Gensler, the 45,000-square-foot store on Fifth Avenue occupies four levels with kinetic design features such as stadium-style seating, an entrance resembling a stadium tunnel, locker rooms instead of dressing rooms, and track and field areas where consumers can test products.

What most traditional shopping centers lack is a sense of community that draws in people who want to spend their time together on a day-to-day basis. EDENS’ Jodie McLean gave another example of enhanced shopping experience, talking about the Fairfax Plaza in Falls Church, Va., which attracts some 15 million customers annually. Most are regulars who live within a 17-minute trip of the center and are drawn to the community’s vibrant day-to-day atmosphere.

In today’s hyper-competitive experience economy, retail culture seems to be changing almost daily. “Today’s customers are digitally-empowered, time-starved and relentlessly distracted,” noted Glover, “… and they’re expecting anything, anytime, anywhere.” That raises the question of how to get and keep customers’ attention.”

One trend is that the preferences and habits of diverse age groups have started to converge. For example, Gen X and Gen Y cohorts are behaving more like empty-nesters, and have a preference for living closer to the urban core and adopting a healthier, youthful lifestyle. “People are realizing that it is more sustainable and more interesting to live a healthier, longer and self-improved life rather that just driving the nicest car and living in the biggest house,” noted Equinox’s Weinhaus noted.

There’s also a social media element, as well, as people strive to appear on those networks almost like actors on stage. Users of social media platforms often behave in ways that intended to be interesting and engaging for their viewers, and there is a lot of energy and money put into this new type of show. Instead of going to a gym for a basic workout, younger users are particularly willing to pay a premium for a higher level of services.

After analyzing changes in how customers spent their time at a fitness facility,  Equinox launched a boutique health club concept that blends luxury amenities and concierge services for $500 per month and up. Dubbed E by Equinox, the ultra-exclusive business model is booming at its first two locations, New York City and London. Equinox chose the markets based on an assessment of demographic information and comparative data.

For retail operators and investors like EDENS, the number one consumer behavior that has a big impact on the business is social isolation. McLean cited studies indicating that 46 percent of Americans report routinely social loneliness, isolation and depression, and retailers are responding.

“When people come together and spend time together, that’s when prosperity follows—economically, socially, culturally,” McLean said. On that principle, EDENS has been tracking statistics in areas that help measure customer happiness. Factors such as crime, health, education and opportunity at the company’s boutique health centers, which feature art and an intimate atmosphere that encourages conversation and interaction in enriched communities.