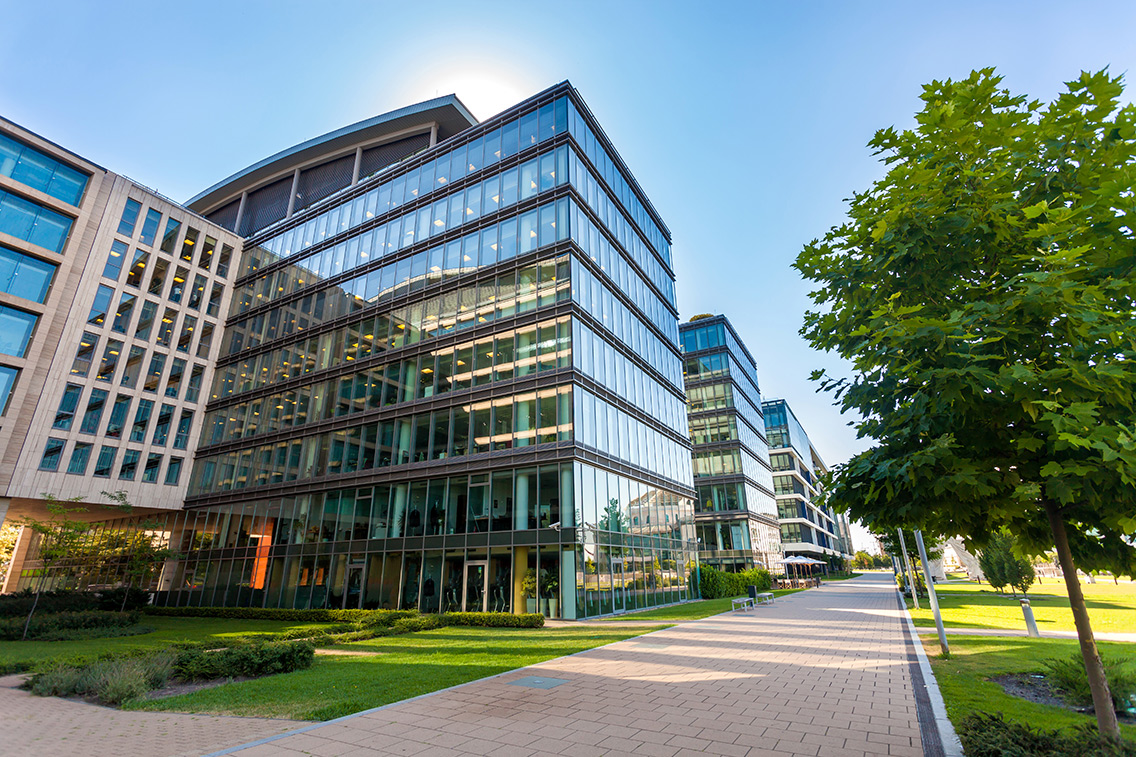 The future of the suburban office market depends on bringing the many complexes built in the 1970s and 1980s into the modern era. Some, like the McDonald’s campus in Oak Brook, will become mixed-use, but other owners believe their properties can still fulfill the needs and desires of today’s workforce.

Franklin Partners just presented such a vision for The Shuman, the five-story office building at 263 Shuman Blvd. in Naperville, IL. It was initially developed in 1987 for AT&Tand most recently was the headquarters for OfficeMax. The company purchased the 350,000-square-foot building in a joint venture with Bixby Bridge Capital in April and sees it becoming a suburban destination for multiple office tenants, offering extensive amenities.

“We have identified this unmet demand for highly social, tech-equipped workplaces in Chicago’s suburbs,” says Ray Warner, principal, Franklin Partners. “As professionals settle in the suburbs after living in the city, they’re still looking for an urban workplace—and The Shuman will deliver that amenity-rich, human-centric experience they’re craving.

Franklin Partners has brought on Wright Heerema Architects to deliver an urban office vibe. Construction has already begun on a 30,000-square-foot amenity space. What the designers call the “Shuman Experience” will begin when tenants walk through the front doors into a light-bathed five-story lobby. A grand staircase will lead to a set of community spaces for working and socializing:

“Our team is excited to deliver this carefully curated space to enhance the employee experience for future tenants of The Shuman,” says Roger Heerema, Principal, Wright Heerema Architects.

The Shuman is just off I- 88 and only five minutes from downtown Naperville. The Colliers International team of Francis Prock and David Florent, both principals in the firm’s office advisory group, will serve as exclusive leasing agents for the renovated offices.

Franklin Partners and Wright Heerema have redeveloped properties together for more than 15 years in Chicago, its suburbs and in Western MI. For example, at Grand Rapids’ 99 Monroe and 25 Ottawa buildings, the team added fitness centers, tenant lounges and a Wi-Fi-enabled interactive lobby, as part of a larger redevelopment that has reinvigorated the city’s downtown. Other collaborations in the Chicago area include 980 N. Michigan Ave. in Chicago; 1900 Spring Rd. in Oak Brook; Lake Bluff’s Carriage Point medical offices; and 55 Shuman Blvd. in Naperville, just down the street.