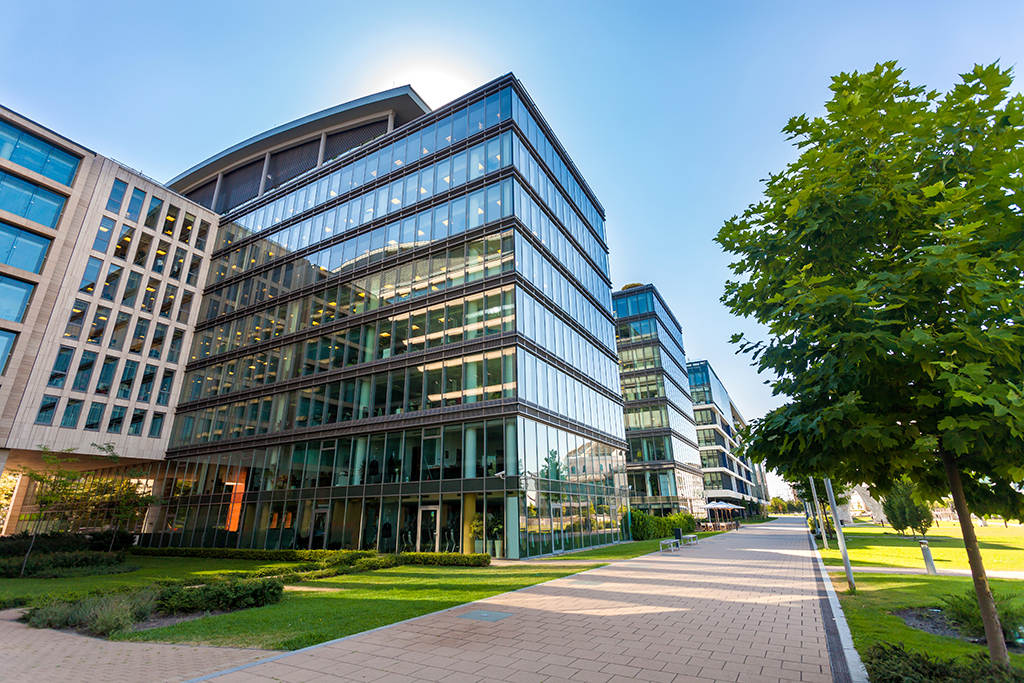 Small and mid-cap banks are carving out a bigger foothold in commercial real estate lending—and they are competing more aggressively to win deals. A recent market update from Fitch Ratings highlighted the shift in market share that is tilting more in favor of banks below $100 billion in assets.

“We’ve seen a real differential where the smaller banks have been more willing to do commercial real estate lending than the larger banks,” says Joe Franzetti, a senior vice president at Berkadia. The biggest gains in market share have occurred in construction lending. Over the past couple years, the larger banks appeared to be conserving capital for existing clients, while the smaller banks have been much more willing to do construction loans for merchant builders, new relationships or even just on a transactional basis to grow portfolios, he adds.

According to Fitch Ratings, small and mid-cap banks under $100 billion held 78 percent of the market share on construction loans at the end of 2018, as compared to 56 percent at the end of 2008. Meanwhile, larger banks have seen their market share decline over that same period from 44 percent to 31 percent. Mid-size banks ranging between $10 billion and $100 billion reported the biggest increase from 18 percent to 28 percent.

One mid-cap bank that has seen an increase in its commercial real estate loan originations is the $35 million Associated Bank. The Green Bay, Wis.-based bank is active throughout its Midwest footprint in providing term loans and lines of credit for construction, repositioning and acquisitions, as well as refinancing existing assets. The bank has seen an increase in its originations, which rose from $1.8 billion in 2017 to $2.3 billion in 2018. Its first quarter origination volume also hit a record high, even exceeding 2015 levels.

Notably, Associated Bank has seen a bigger increase in its construction lending business over the past two years. “The reason for that is because of the increased competition from non-banks coming into the space,” says Greg Warsek, commercial real estate senior regional manager at Associated Bank in Chicago. Debt funds have been grabbing more market share in bridge lending for repositioning and renovation projects. However, those non-banks are less interested in doing construction loans, which is providing more opportunities for small and mid-size banks to grow in that sector.

Traditionally, small and mid-cap banks have focused on lending with clients and/or projects within their geographic footprint. However, over the past year banks are increasingly following clients to new markets, or through relationships with mortgage brokers they are starting to do more loans outside of their marketplace. For example, Associated Bank is seeing some of the coastal banks now competing for business in the Midwest. “There is no relationship per se, it’s more of a transactional approach to grow the business,” says Warsek.

Competition is pushing banks to be more competitive on loan pricing and structure. Some construction loans are being shopped to multiple banks that result in five or six term sheets. “So, it is highly competitive, and everyone is trying to figure out a way to distinguish themselves. Usually, what that means is that they are watering down their structure, dropping their pricing and increasing leverage,” says Warsek. For example, banks that might have done 5-year loans on a recourse basis are now doing 10-year non-recourse loans.

Smaller banks are willing to be very aggressive to win deals, especially those that they like, notes Tim Milazzo, CEO and co-founder of StackSource, an online marketplace for securing commercial real estate loans. StackSource has more than 200 active lenders on its platform, including a variety of smaller banks and credit unions. “In 2018 we had a small financial institution on the West Coast fall in love with a deal that may have had some hair on it, but at a risk level that could be tolerated,” he says. In that case, the lender was willing to push the dollar proceeds a little higher than other banks while staying at a competitive rate, which helped them land the deal.

“Our experience is that small and mid-sized regional banks are staying quite active. They seem to be very interested in developing new relationships within the commercial real estate industry,” adds Ashley Grigsby, managing director at Transwestern Development Co. In particular, small and mid-size banks have a strong appetite for multifamily deals. Although industrial properties are in high demand, some smaller banks struggle with the speculative nature of most industrial developments, she adds.

Despite increased regulation on banks following the financial crisis, there are still inconsistencies in how banks are regulated that has opened the door wider for smaller banks. Depending on how a bank is chartered, it can be regulated either at the state or the federal level. So, it is not an entirely level playing field.

The larger banks that are under more scrutiny by the regulators have really lightened up on their real estate exposure over the last couple of years,” says Franzetti. The smaller banks don’t have the same constraints and don’t seem to have gotten the same scrutiny from the regulators, he adds.

Fitch researchers note that the increased exposure to commercial real estate “could be worrisome” in a downturn as smaller banks may not have the size or diversity to absorb losses. “We are not concerned about smaller banks not being able to absorb the losses because they are not over-leveraging themselves and they stick to markets that they understand,” says Grigsby.

It also is important to point out that commercial real estate and multifamily loans continue to perform very well with mortgage delinquencies for bank lenders at extremely low levels of about 0.5 percent, according to the Mortgage Bankers Association.

The increased market share for smaller banks could be worrisome, but there likely would have to be something that creates a shock to the system to really disrupt the current momentum, says Warsek. “Despite being 10 years into this cycle, we’re just not seeing the deterioration or red flags like we did last time that would suggest a downturn is coming,” he says. In addition, the banking industry is carrying far less leverage than it did in 2007, which is due both to bank discipline and discipline from borrowers, he adds.