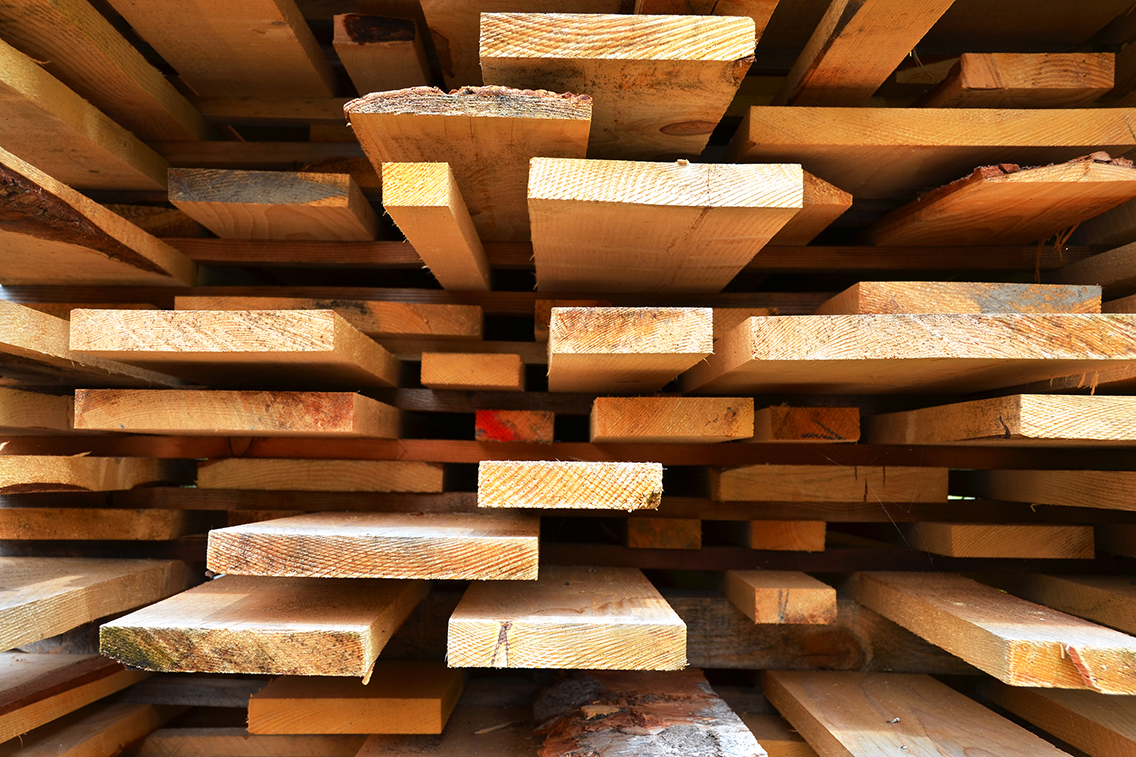 Sidewalk Labs LLC, a unit of Google parent Alphabet Inc., is planning to use timber to construct all of its buildings for a mixed-use community along Toronto’s eastern waterfront. Meanwhile, Oregon became the first U.S. state to amended its building code to permit taller buildings made from timber.

The material can “contribute to people’s wellness, are beautiful, easy to assemble, and strong enough support to build dozens of stories,” said Karim Khalifa, director of buildings innovation at Sidewalk Labs. “And unlike concrete and steel, which are very carbon intensive to produce, using timber in buildings takes carbon out of the atmosphere.”

The push comes as timber becomes more cost competitive as steel prices rise, and the use of pre-fabricated wood panels allows for quicker construction with less labor. Just ask Steven Dejonckheere, whose Toronto-based real estate firm is planning a seven-story office building in Vancouver out of timber.

“It’s the old brick and beam character, but without the creaks and drafts, and with the quality of a new building,” said Dejonckheere, vice president at Triovest. “We want to show we’re early adopters and make new ideas work.”

But its not only about the aesthetics. Triovest is hoping it can collect a premium on rent based on the building’s unique character, Dejonckheere said.

As opposed to the heavy timber construction from 100 years ago, builders are using so-called mass timber from younger, smaller trees that are engineered together, said architect Michael Green, an early proponent of the material. Unlike traditional two-by-four lumber, cross-laminated timber consists of layers of wood glued together to form solid, thick panels that can be made in custom dimensions for anything from walls and floors to beams and roofs.

Tests have shown the timber has good levels of fire resistance — close to three hours in some cases — even when unprotected, according to Ottawa-based government agency National Research Council Canada.

While the raw costs for cross-laminated timber are roughly equivalent to other materials, the real savings come in time, said Robert Glowinski, president and chief executive officer of the American Wood Council, an industry group that represents wood manufacturers. The modules arrive at the job site labeled and ready to be assembled in a particular spot by crane.

Additionally, cross-laminated timber doesn’t need to cure like concrete, speeding up construction and reducing the on site-equipment needed, Glowinski said. Mass timber design can achieve a 15 percent reduction in operational costs compared to the baseline, and results in a significant reduction in carbon emissions during operations, according to a November Seattle mass timber tower case study by design firm DLR Group.

While it still represents a small fraction of the North American lumber market, a shift by the International Code Council, an agency that develops model codes followed by state and local municipalities, could help spur mass adoption, according to ERA Forest Products Research. Proposed changes to the ICC building code models will allow structures made of mass timber to be built as high as 18 stories, up from the previous limit of six.

If approved, the shift will likely have a “significant impact” on materials that are used for future construction, said ICC Chief Executive Officer Dominic Sims.

Mass timber could account for about 1.5 percent of North America’s lumber market by next year and could be worth about $2 billion globally by the mid-2020s, ERA’s Mason said. The gains could more than offset the declining use of lumber in single-family homes as builders construct more smaller, starter homes, Martin Juravsky, chief financial officer of Vancouver-based lumber producer Interfor Corp., said at a Jan. 28 investor conference.

New home size has been falling over the past three years due to a shift in more entry-level home construction, according to the Washington-based National Association of Home Builders. Smaller square footage and more open floor plan designs are translating to less lumber being used on every new unit being built, said Robert Dietz, the association’s chief economist.

Still, it’s a tiny part of the market and most lumber still goes toward residential construction, said Mark Wilde, an analyst at BMO Capital Markets in New York. It could be five or 10 years until mass timber creates a lot of incremental demand for lumber, Wilde said.

Timber construction “is a very dramatic shift in how we think about building,” Green, the architect, said by telephone. “Everybody’s realizing if we really step back and look at the future of construction it’s offsite construction, greater automation, faster timelines.”