Out of Office: How Workplaces Evolved from Cubicles to Coffee Shops - Sachse Construction 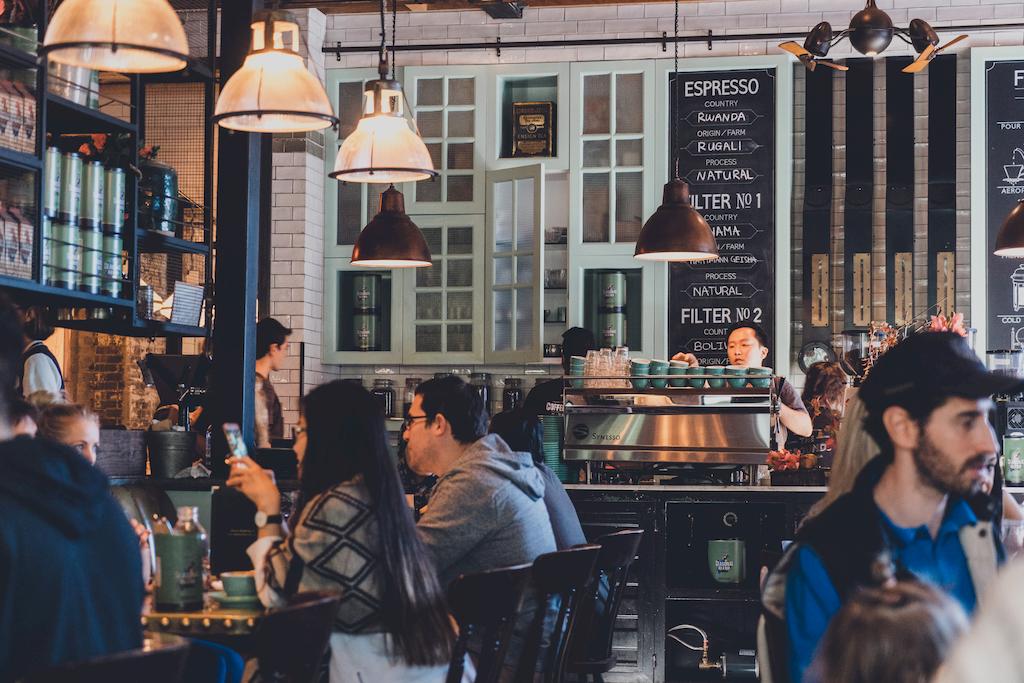 The year is 1985, you’re packing your briefcase to head to the office, where you’ll sit behind a desk to do some paperwork. Fast forward to 2020, and you’re having a conference call with the entire team from the coffee shop across the street. Relatively, not much has changed; work is still being completed by the end of the day, it’s just with a different scenery.

Employees nowadays are looking for something more than just a job behind a desk. They want to work in a dynamic, inspiring space that adds value to their knowledge and promotes their mental and physical well-being. But this wasn’t the case a century ago. Take a look at how offices evolved throughout the years, and what we can look forward to in the future.

It all began around 3 centuries ago…

Long before we had the internet or computers, the British Royal Navy wanted to oversee all the logistics going on with their international trade routes in one central place. To be able to do so, they opened the Old Admirability Building in London – which is often considered the first-ever office building – in 1726. Soon after that, they began branching out all over the English city.

While some consider open plans to be a 21st century design trend, they have been a dominant office trend all the way through the mid-20th century. Architects used “Taylorism” to study the mechanics of movements and a means of optimizing productivity, implementing open layouts with organized rows of desks for optimum efficiency and ease of administration.

In the 1950’s, German interior designers began implementing “Burolandschaft” (which translates to “office landscape”), a concept which takes a more organic approach to office layouts by having larger floor plans for group work, curved screens, and greenery instead of partitions. In comparison to Taylorism, ‘Office Landscape’ is less systematic or rigid, allowing employees to “flow around” the space. After it became remarkably popular in Northern Europe, the style began spreading all around the world.

A few years after ‘Burolandschaft’, Herman Miller’s research team deduced that open offices needed to be liberated, allowing workers to move around and interact with each other. The ‘Action Office’ was their first attempt at improving workplaces, which involved multiple furniture pieces with different heights and functions. However, the furniture pieces were too expensive and difficult to assemble, so the solution did not gain a huge attraction.

Following Action Office I, Action Office II was developed to fix the former’s mistakes, such as creating easy-to-assemble and standardized furniture elements. Perhaps the most prominent invention was the ‘mobile wall system / cubicles’ which was a rectilinear version of the “office landscape”, but with more privacy and ability to customize. Herman Miller expanded this strategy into other industries, such as hospitals and laboratories. Action Office II cubicles became a global success and were imitated by other furniture companies, leading to the trend of the overcrowded and static “cubicle farms”.

Throughout the 1980’s, there was a complete shift in office designs due to the rising demand on cheap and effective modular workplaces. It is said that back then, offices adopted the mindset of ‘stack them highly; sell them cheap’, which is why standardized cubicles dominated the entire industry, resulting in monotonous, systematic workplaces.

In the 50s and 60s, we were basically lining people up and giving them a task. They were an assembly line for information. Work was repetitive and process-driven, and the factory was the model. Today, innovation is important, along with new ideas and creativity. The way you manage people is very different. You foster freedom, change and variety – Greg Parsons, Herman Miller’s creative director for Global Work

Office design trends went full circle, as designers found themselves creating open spaces again, but with slight modifications. Recently, a lot of light has been shed on the importance of having “user-oriented” workplaces. When employees are working in a space that does not offer the opportunity to collaborate or engage, business is less likely to thrive. This led to the ‘re-implementation’ of open layouts, collaborative areas, and an overall sense of transparency. “People get a sense of purpose when leaders are visible and accessible and when the leaders reinforce the importance of the individuals’ work and connection to that of the team and the organisation,” says Herman Miller’s Tracy Brower, director of Human Dynamics + Work who supervised a study on workplaces. The “transparency” in open spaces blurred the hierarchy between employers/employees, finding new subtle ways to represent status. “The freedom to come and go as I please, being able to choose where I want to sit, getting assigned to a key account, posting to social media about the free organic Thai food in the cafeteria – these are all ways that people sense status now,” Brower says.

Current social and lifestyle trends, along with technology, have helped employees become more mobile, working wherever they want, whenever they want. This “nomadic” lifestyle launched “hot desking”, where employees weren’t fixed to one office, but rather settled in any available space to work from. They are no longer required to be attached to their personal desks; instead, they are working in coffee shops, shared working spaces, or quite simply from home.

As office designs continue to evolve, contemporary workplaces are no longer limited to just work, but rather draw inspiration from homes and the outdoors. Pinball machines, board games, table tennis, and video games have become crucial parts of offices. Due to its numerous health benefits, there has also been a significant rise in biophilic designs, bringing a little of the outdoors inside.

We realized it’s pointless always trying to predict the next trend, so we turned to something that doesn’t change—human experience. We’re designing for the human operating system. We used to have closed offices, and those were ineffective too. What we need is the right mix, and it’s not just a question of open versus closed. We need to balance things such as formality and informality, consistency and adaptability, and uniformity and diversity – Greg Parsons, Herman Miller’s creative director for Global Work

What does the future hold for office designs?

With the increase of work mobility and the unfortunate Coronavirus pandemic, industries have been undergoing drastic changes. Millions of people around the world are now forced to work from home as a result of strict quarantine decisions. While the resolution of this pandemic remains uncertain, a question arises: is this the beginning of the end of the traditional office typologies?