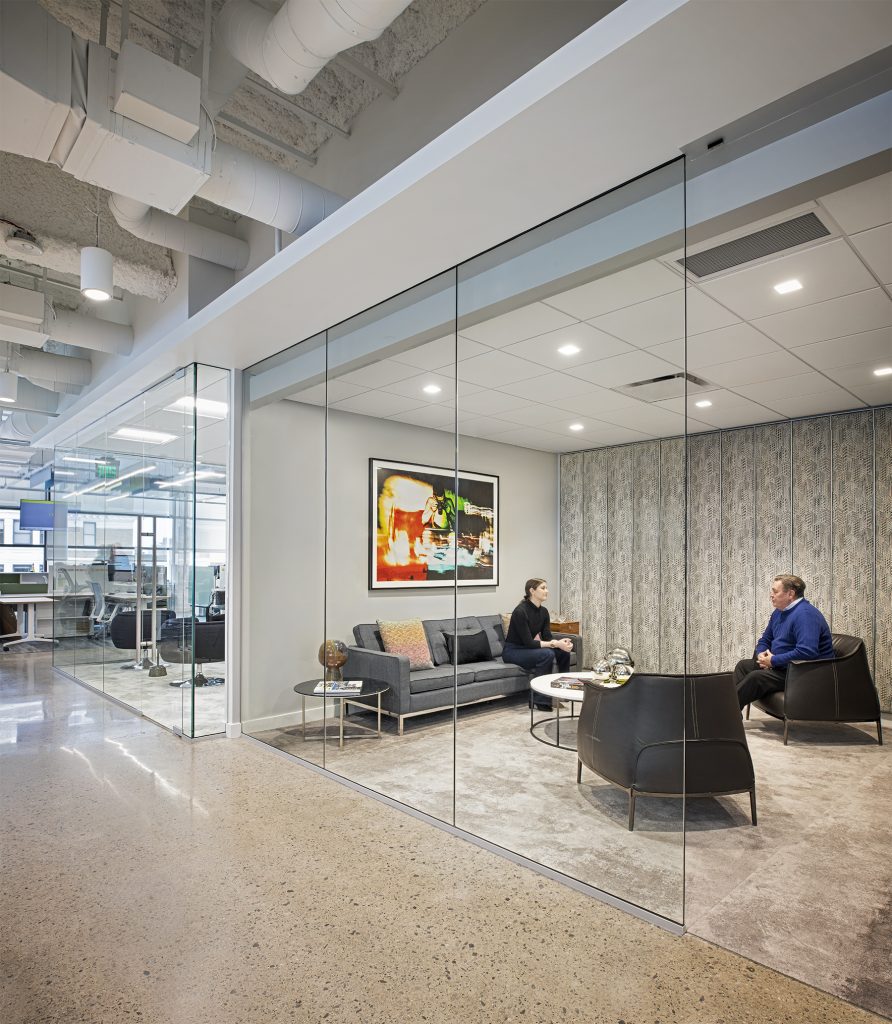 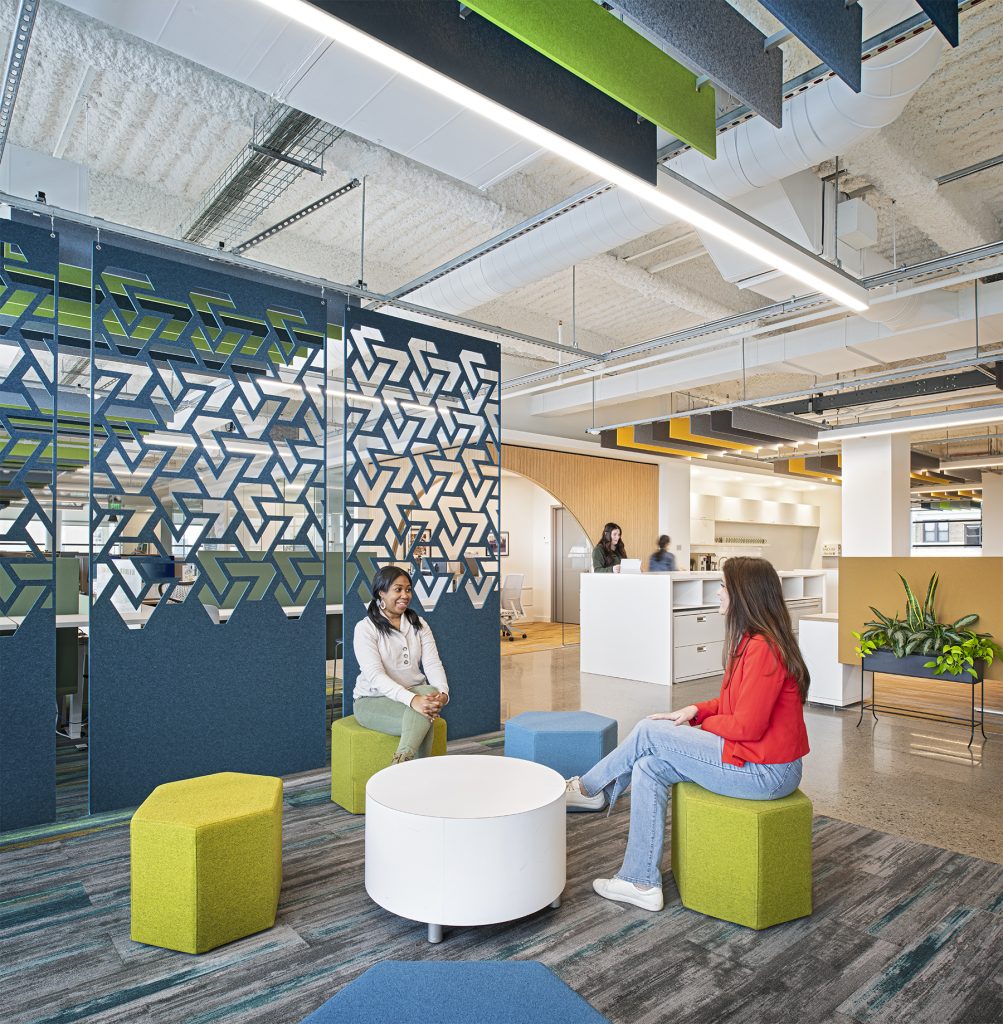 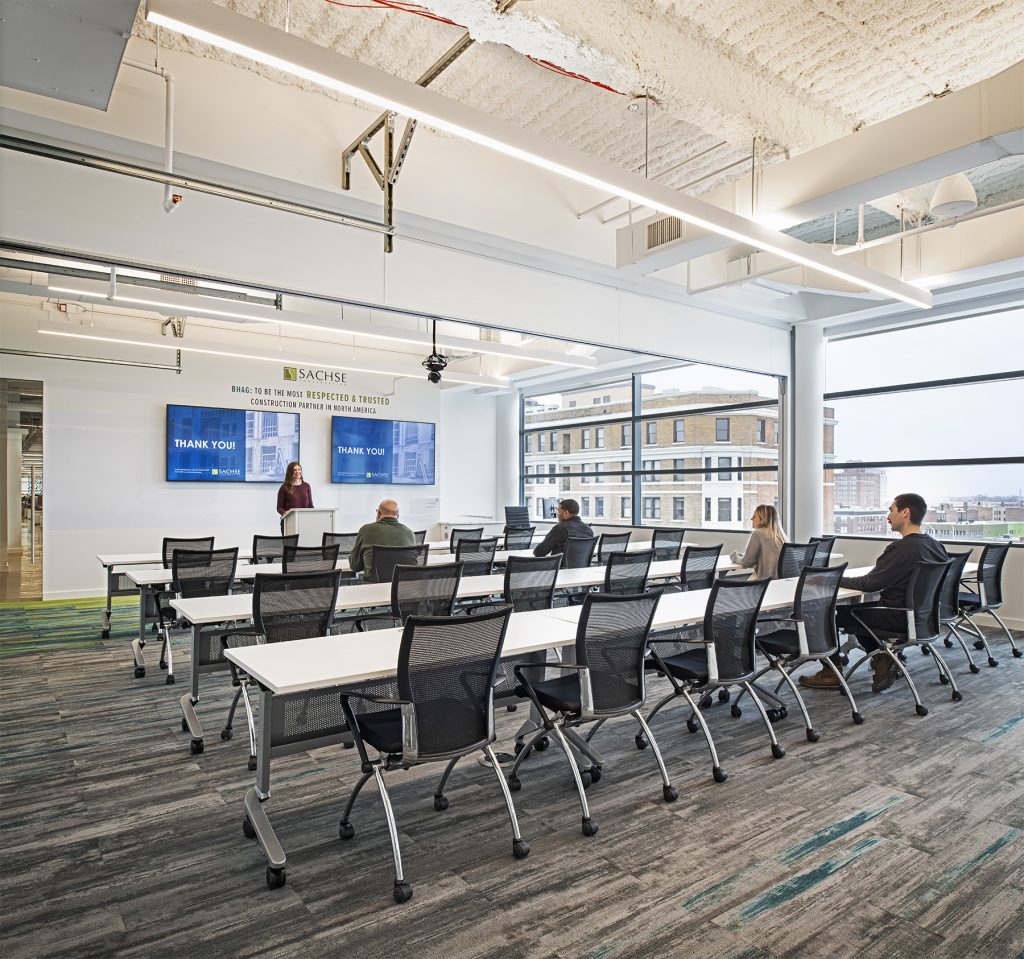 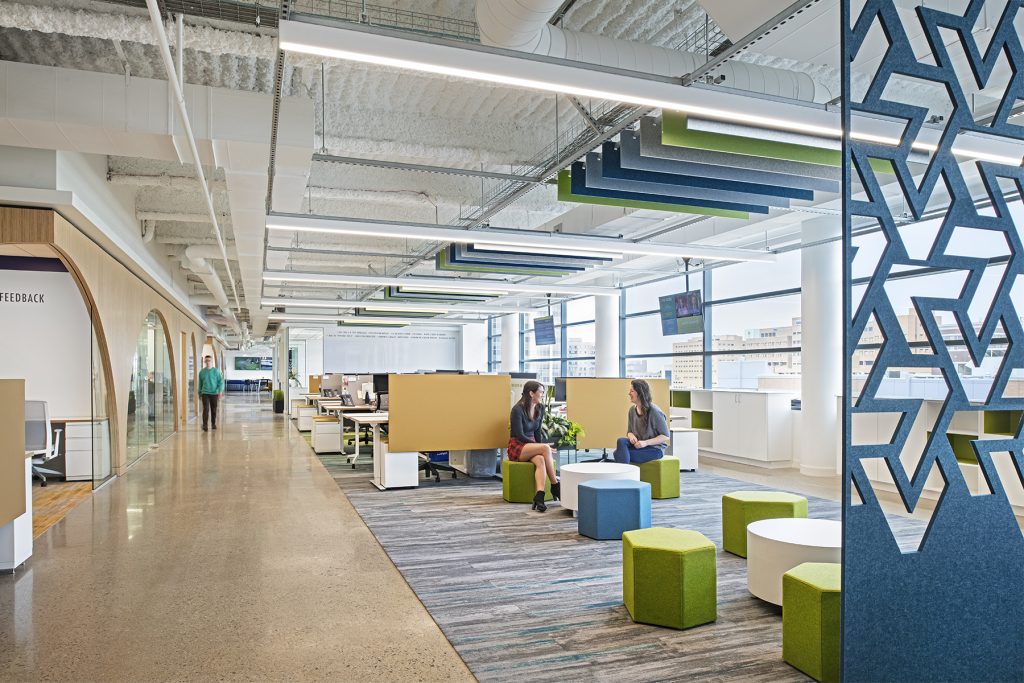 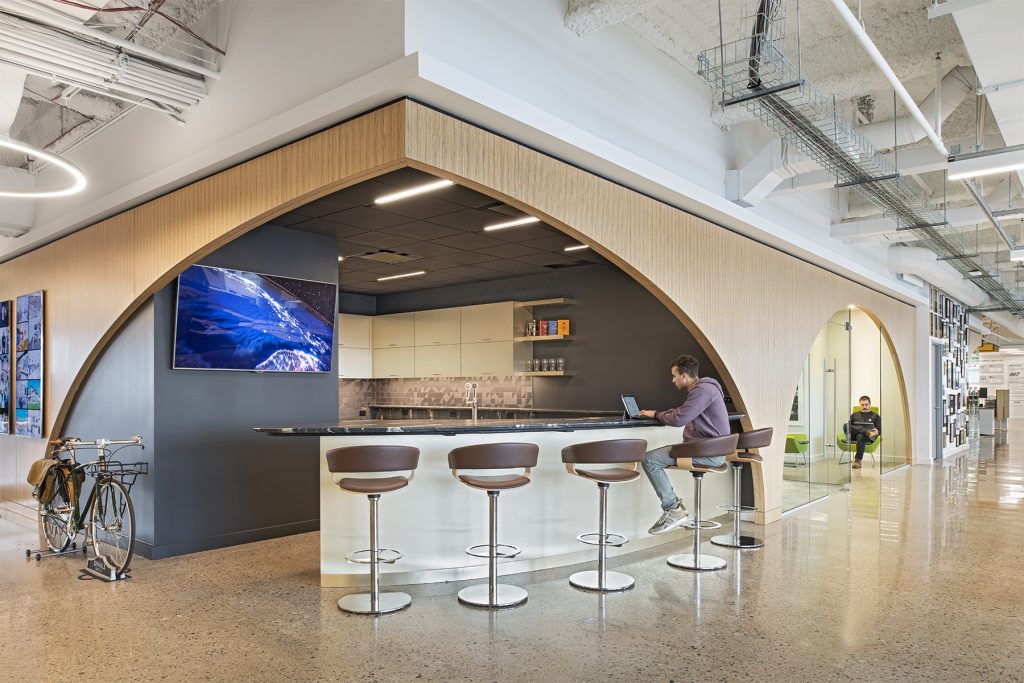 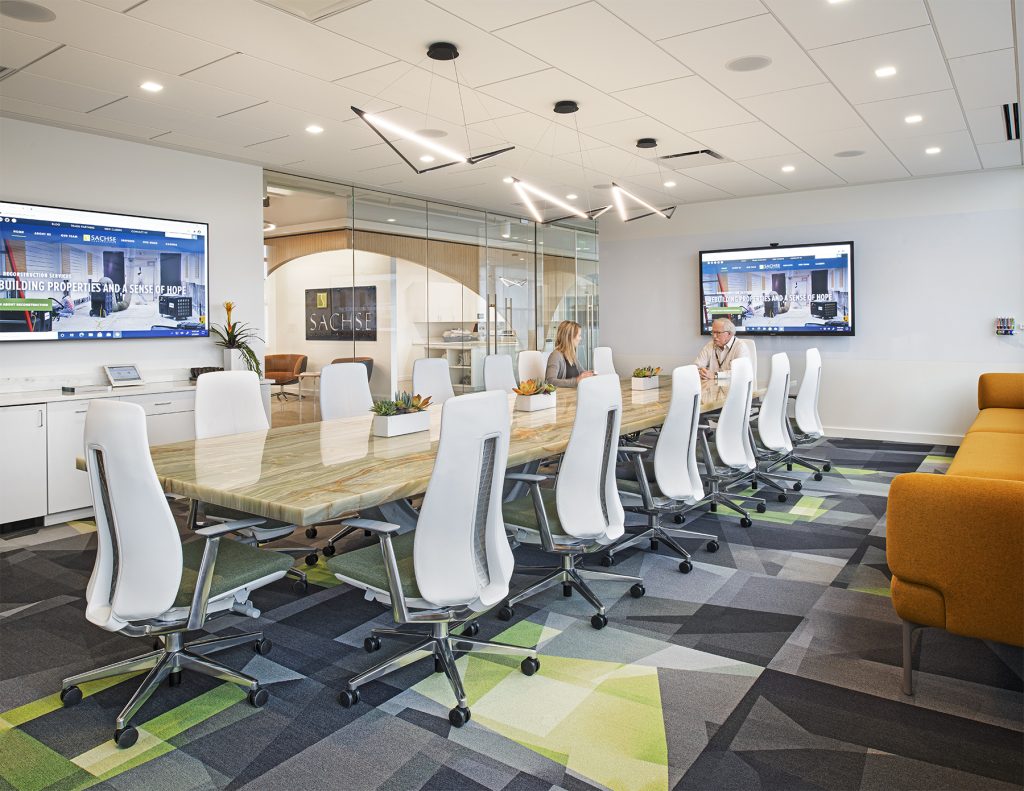 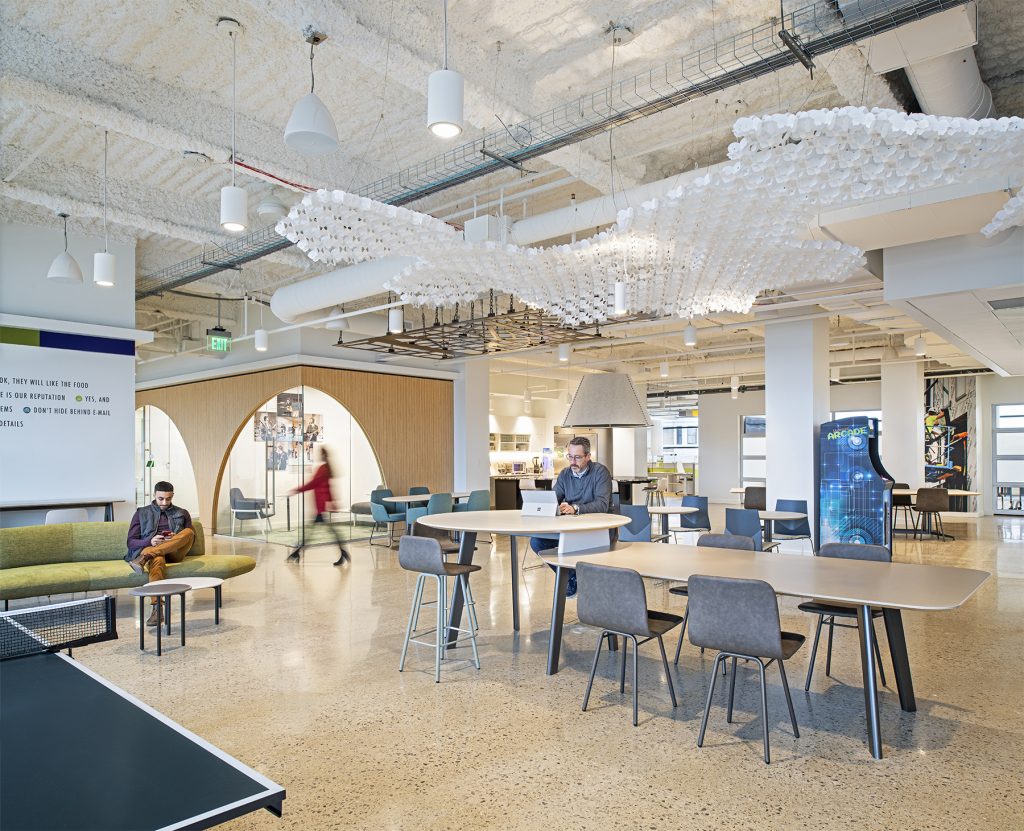 A DREAM OFFICE FOR A DREAM TEAM

After months of surveying team members, gathering feedback, planning the space, and selecting furniture, it was time to bring this dream office space to life; however, just two weeks into construction, the spread of the coronavirus forced the team to halt on-site operations. Although they weren’t able to gather on-site, the project team remained in close communication through phone calls and virtual meetings to ensure they could seamlessly pick up where they left off as soon as it was safe to do so.

With just six weeks left until the Sachse Construction team was scheduled to move into their new headquarters, the team established the big-picture milestones. Each milestone included planning, constant communication, gathering trade partner input, re-working the plans, and finally, execution.

One of these milestones was the reception and installation of the custom conference room tabletops. These massive, marble slabs were much too large to fit into a stairwell or service elevator, so the team prepared a crane to lift them through the fifth-floor windows and into their designated conference rooms.

Situated on Woodward Avenue in the heart of Midtown, the office’s location presented challenges for the crane operators. Instead, they had to lift the tabletops through the backside of the building where there was less space to maneuver. The project team fabricated special dolly carts to protect the tabletops, windows, and other finishes within the space as they lifted the slabs through the windows. They were then able to intercept the dollies, trek the slabs to the other side of the building, and set them into place.

The end result is a stunning office space well-suited to both impress clients and visitors and promote creativity and collaboration for team members. 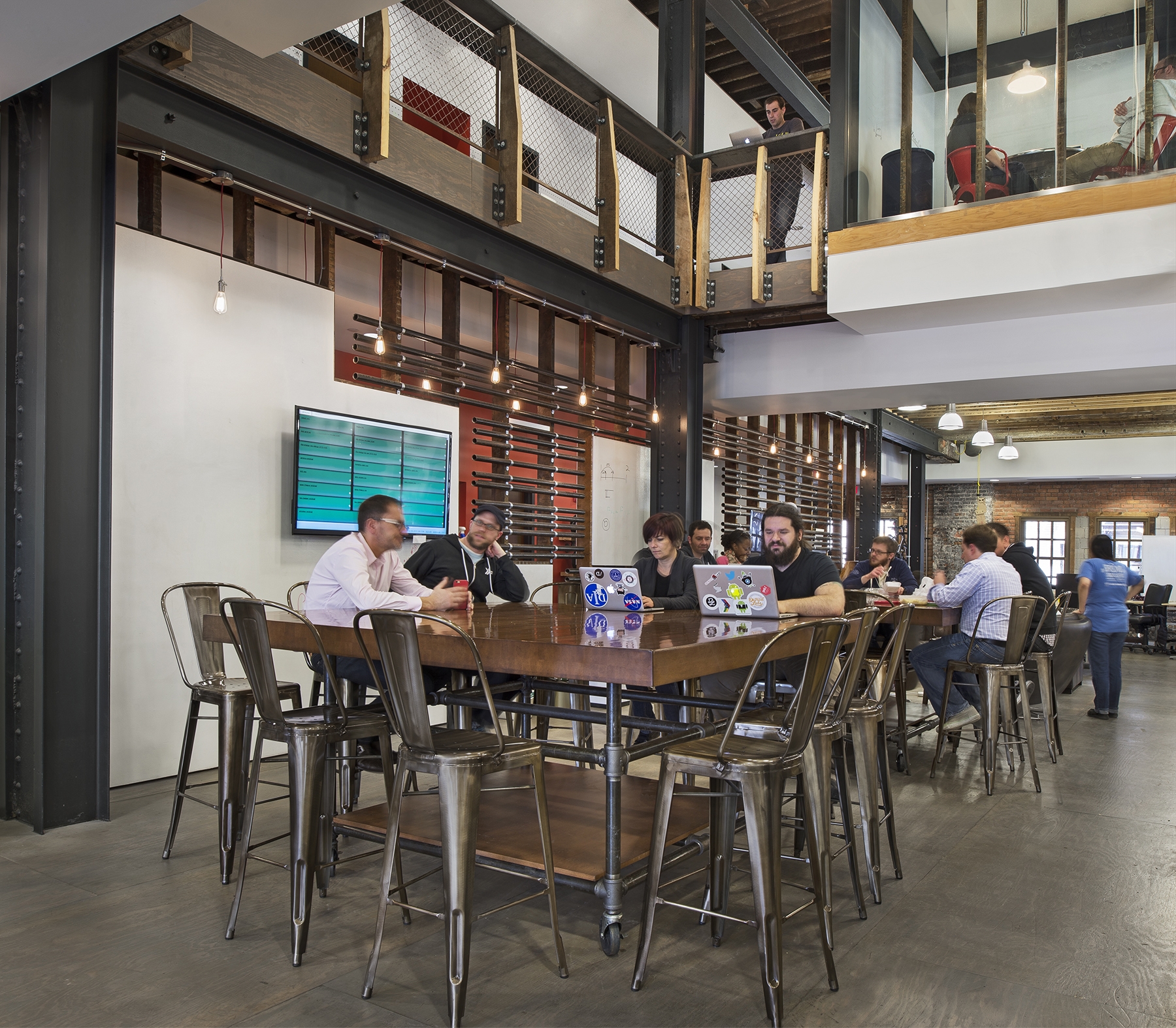 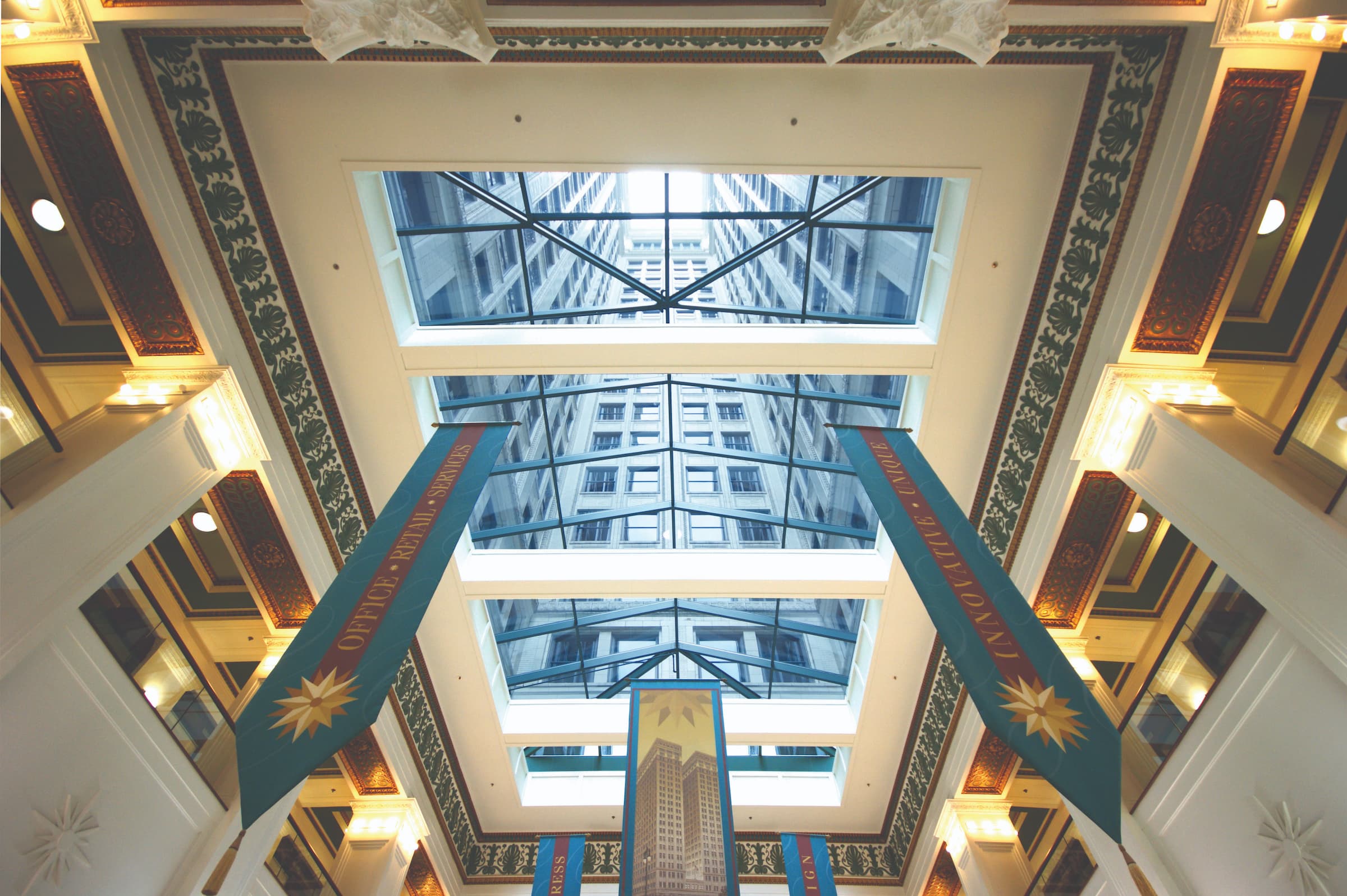 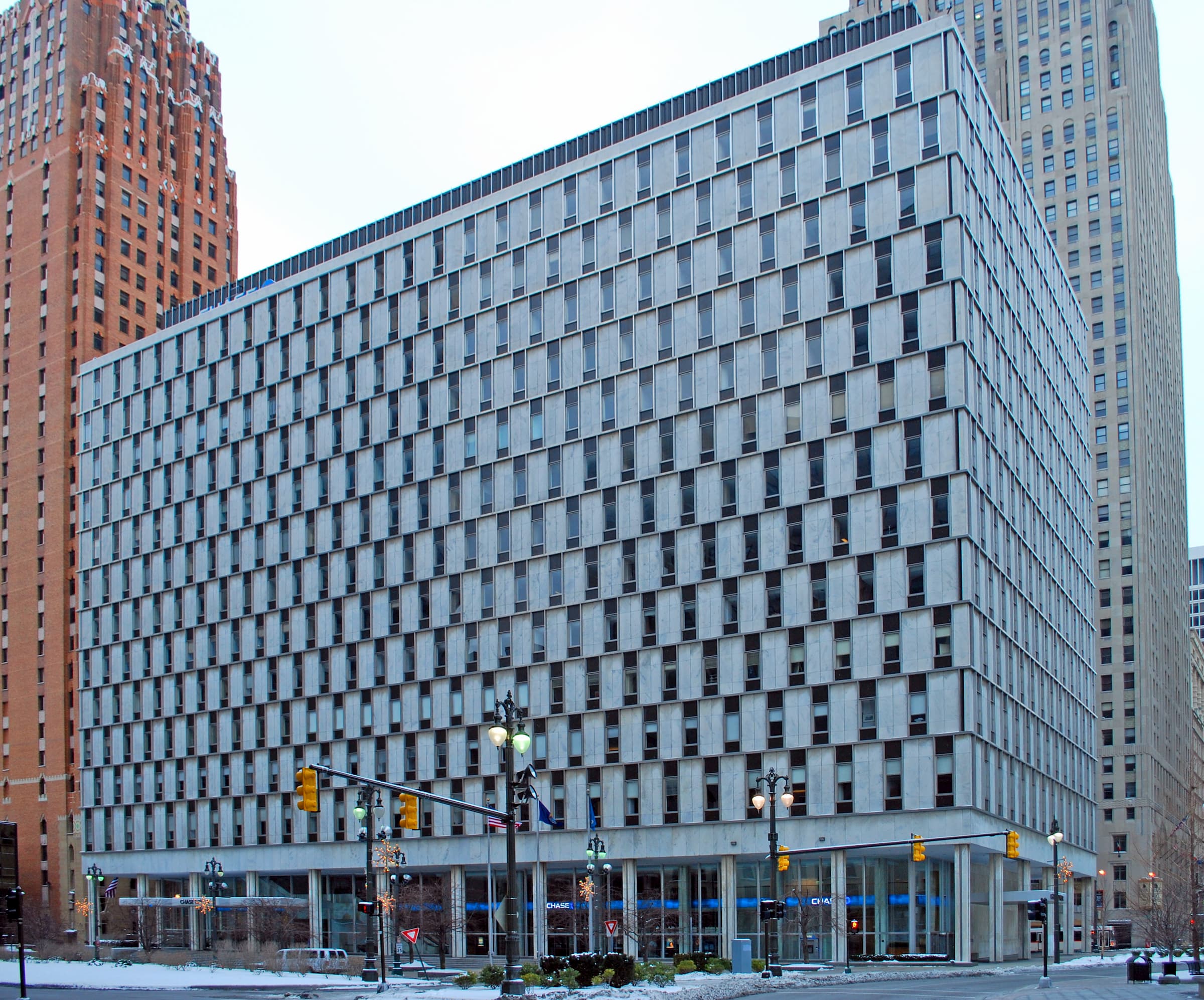 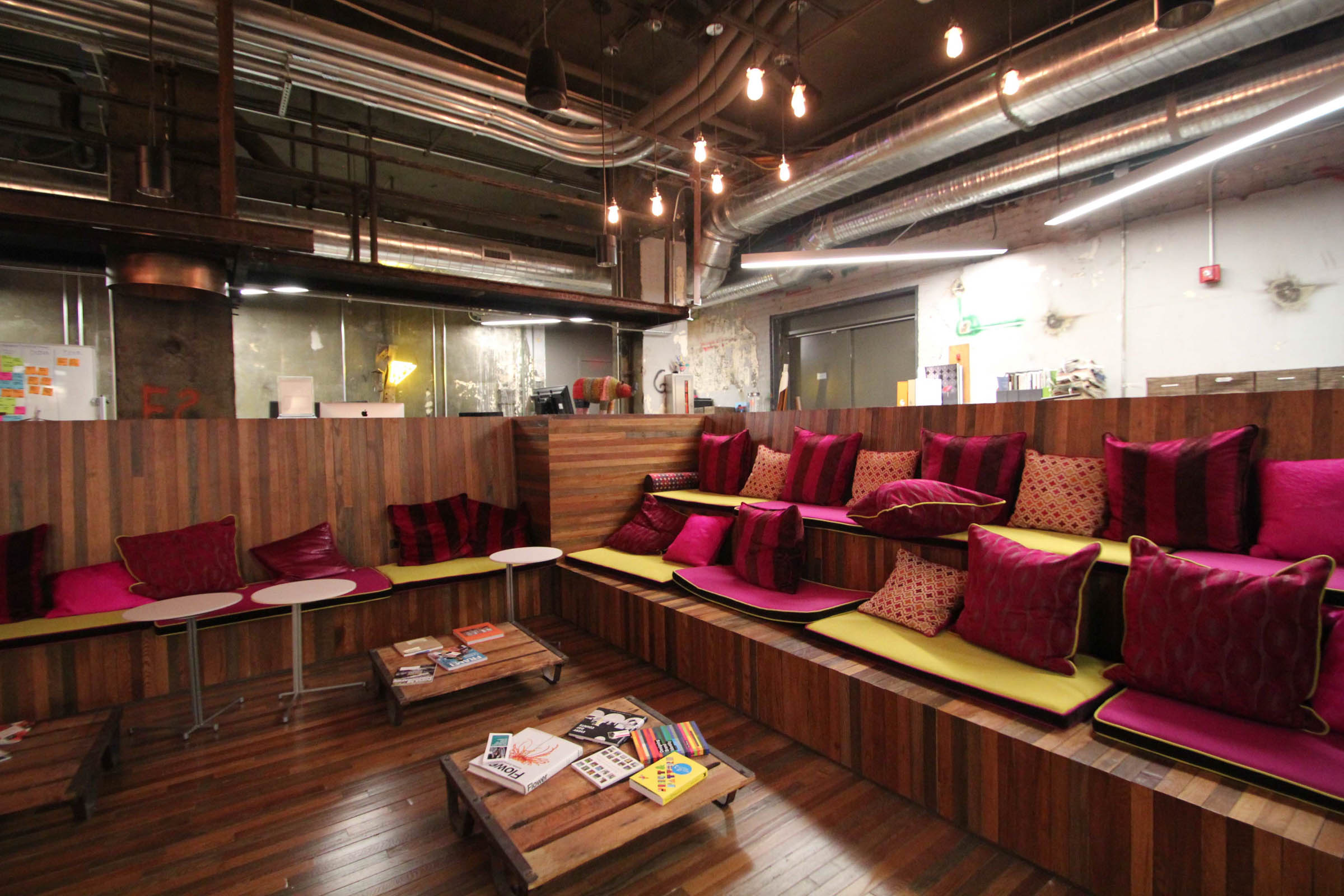 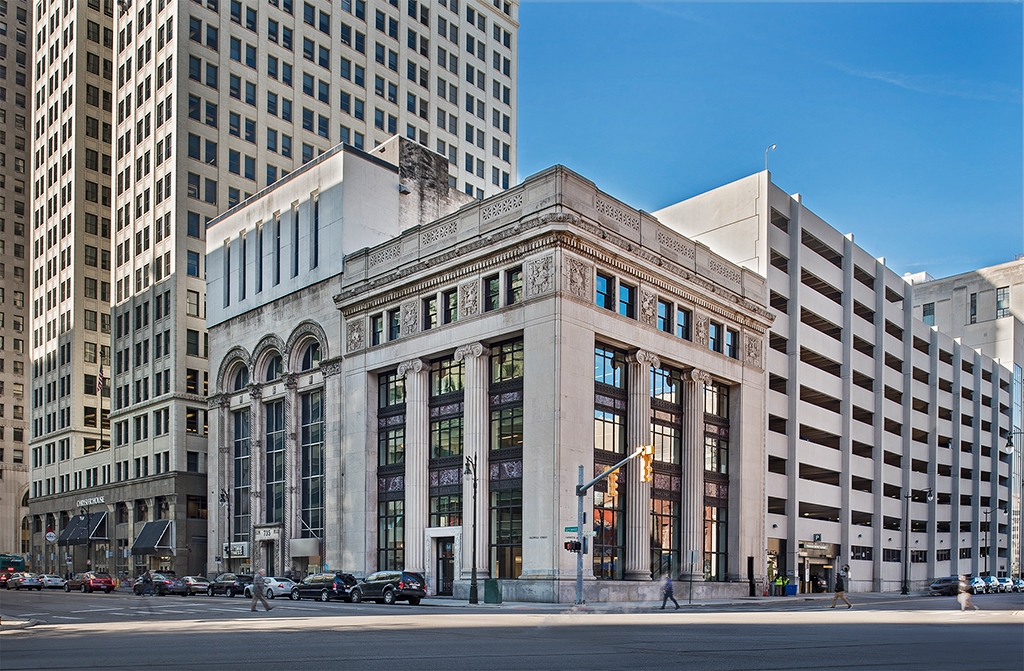 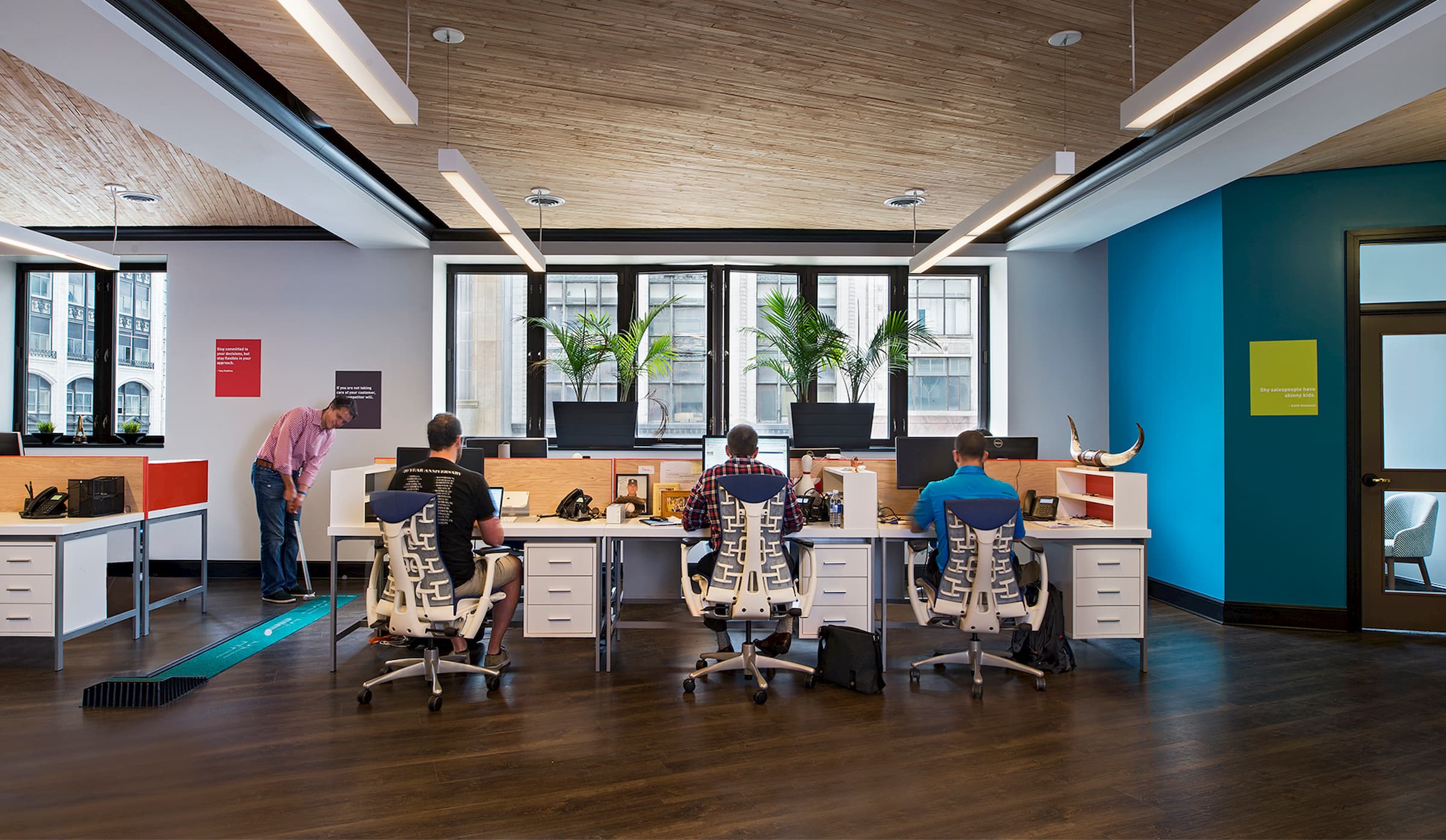