Once, High Street Retail Was a Safe Bet for Investors. Is That Still True Today? - Sachse Construction 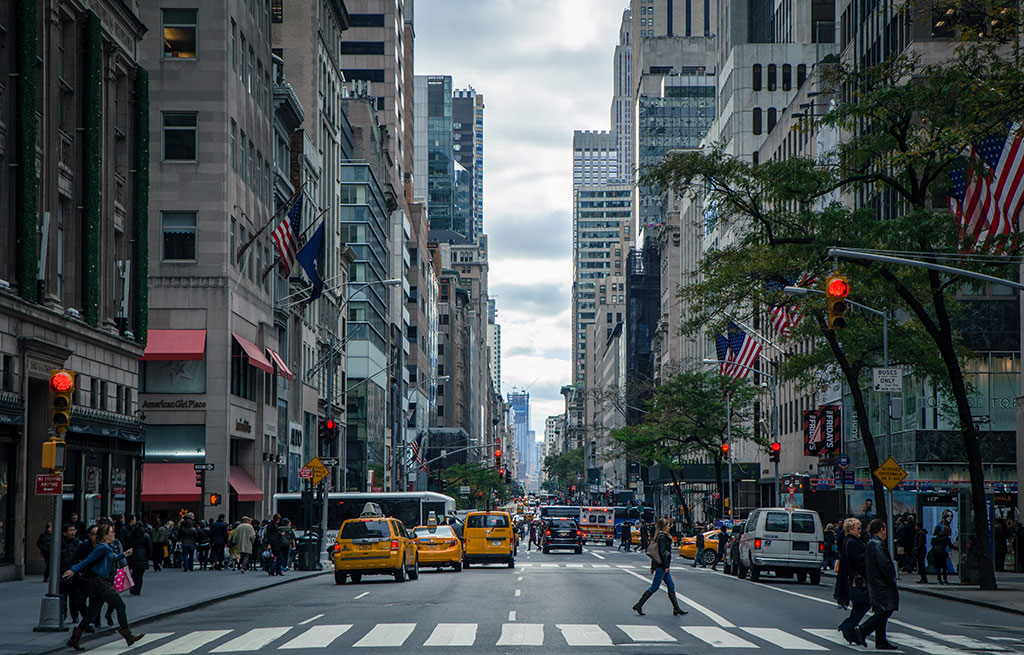 In a U.S. retail market that’s largely struggling with big changes in how consumers shop, retail experts says high street retail, in general, hasn’t been as negatively impacted as some headlines might indicate.

Despite some challenges, much of high street remains a destination for both retailers and shoppers—thanks to luxury brands, and in many cases, high volumes of tourists.

Luxury brands that have responded to consumers’ evolving tastes are performing well. Many U.S. bankruptcies and store closures have been in the mid-price apparel sector. (Of course, there are exceptions, including luxury retail chain Barneys New York’s bankruptcy).

Melina Cordero, managing director of CBRE’s retail capital markets business for the Americas, refers to it as the barbell effect, with strength in luxury and discount. Cordero describes it as the “$7 white T-shirt.”

“Some consumers will pay $70 for a white T-shirt and some $7,” Siegel notes. “It’s Tom Ford on Oak Street vs. TJ Maxx.” The customers that traditionally the malls were built around—the middle-market consumers—are skewing to either one of those sides of the barbell.

“The fact is that most retailers are not turning their backs on high street locations,” said Darren Yates, head of Europe, Middle East and Africa retail research for real estate services firm Cushman & Wakefield, in a statement. The main high street markets haven’t been as adversely affected as some have reported, he notes.

These districts boast some of the highest-trafficked, most glamorous streets, featuring Chanel, Gucci, Prada and Versace, as well as popular mass urban brands like Uniqlo and the Apple store.

That doesn’t mean that high streets are protected from the struggles facing the retail sector as a whole, including the escalation of online shopping and retailer bankruptcies. Some landlords are feeling the pinch. Some upscale districts are trying to find their footing and adapting to the new way people shop. They’re bringing in new brands, lowering rents and offering concessions, and adapting to smaller retail footprints.

“Some corridors are doing really well,” says Taylor Coyne, research manager, U.S. retail, for JLL.  “Some are struggling, but are starting to turn it around. Some are still finding their footing. That can be said about retailers, too.”

“No matter what, all of these streets are still global. They get global attention despite some loss in rents and vacancies,” Coyne adds.

But the high streets are seeing different types of tenants and landlords are becoming more creative as some corridors have struggled. “Years ago, you might not have been as open to a tenant that doesn’t have really strong national credit, but I think that’s beginning to change,” she says.

She also mentions the increase in “experiential museum concepts,” which focus on creating social media moments appealing to millennials and Gen Z that are moving into prime urban corridors and taking advantage of pedestrian traffic and notoriety.

On Chicago’s Michigan Avenue, for example, Candytopia and Toys “R” Us partnered to open an adventure pop-up.

“A Rodeo Drive is pretty much intact,” says Gabriella Santaniello, president/founder of Los Angeles-based retail consulting firm A Line Partners. “Obviously, because it’s such a tourist destination they’re not going to let that fall behind.”

However, there’s a “shift” occurring on some other streets that “aren’t the Rodeo Drives of the world.”

“Robertson has had crazy vacancies to the point that now they’re offering really sweet deals for stores or pop-ups,” Santaniello says.

Reduced rents helped spur a comeback for the corridor. “Some super high-end brands are using it to experiment or thinking, ‘We can get a sweet deal on a lease and reach a different customer or appeal to our edgier customer,” Santaniello adds.

For example, the Chanel location on Robertson is less stuffy and more contemporary than the one on Rodeo Drive, she notes.

Midtown Manhattan has been one of the most popular spots in the world for luxury retailers; however, some pockets of the street are experiencing increasing vacancy and declining rents.

When it comes to rents on Fifth Avenue, it depends what block you’re on, according to Bloomberg. Rents along upper Fifth Avenue, from 49th Street north to Central Park, dropped by just 0.7 percent in the third quarter of 2019, JLL reported. However, Lower Fifth Avenue (between 42nd and 49th streets) saw asking rents fall 25 percent.

CBRE reported that 214 spaces of direct, ground-floor retail space are available in Manhattan.

Manhattan’s three-year downturn in retail real estate may have claimed its biggest victim yet, the Wall Street Journal reported in December. A group of international lenders filed to foreclose on the company controlling 20 Times Square, a 42-story hotel/retail tower once valued at $2.4 billion. The complex’s NFL Experience Times Square closed in 2018, citing a lack of customers.

The property’s struggles signal how e-commerce and an ongoing correction after rents increased too quickly are “imperiling a growing number of landlords at some of the city’s most expensive locations,” the Wall Street Journal noted.

Many investors who acquired high-end properties and were counting that rents would continue to increase are in trouble.

“The Wall Street Journal reported that Times Square has been hit hard with the highest retail availability rate of the city’s major shopping areas in the third quarter,” says Arthur Maglio, a senior member of The Faith Consolo Team at Douglas Elliman. The publication noted that 31 percent of all retail space in Times Square was vacant or available for lease.

“This newest statistic makes for unfortunate news in a market where ‘retail apocalypse’ is dominating the headlines,” Maglio notes.

Of course, there are pockets of the city’s retail landscape that are stronger than others, such as the West Village, side streets in SoHo, upper Madison Avenue, Bleecker Street and 34the Street.

Maglio acknowledges that exorbitant rents have impacted the leasability of space in Times Square and other high street corridors.

Investors who purchased at the height of the market and perhaps jumped into a trophy property have been affected by a market correction.

“However, during a time of change, there will always be opportunity for a savvy investor,” Maglio says. “In some circumstances, yes investors and lenders have taken a hit. That’s dependent on how leveraged the building is and what rents were underwritten, but at present time are above market.”

While some storefronts are dark, retailers and developers are still betting on physical retail in the most sought-after locations. Nordstrom opened a lavish NYC flagship store in October, while Neiman Marcus opened its first-ever New York City store in Hudson Yards’ $25 billion development earlier in the year.

However, the street remains a go-to spot for shoppers and retailers and a lot of new concepts opening on Michigan Avenue are experiential. The world’s biggest Starbucks—a four-story, 43,000-sq.-ft. Reserve Roastery—opened at the former Crate & Barrel and is creating a lot of buzz.

Two blocks south is Apple’s new Michigan Avenue flagship store on Chicago’s riverfront, which has become a destination for shoppers. Invesco’s $79 million purchase of the store makes it one of Chicago’s priciest-ever retail real estate deals.

“Here’s the challenge for the developers that own these flagship spaces: there aren’t a lot of retailers looking for that much square footage,” Siegel says.

“A lot of these spaces on Michigan Avenue, and anecdotally around the country, are going to have to figure out ways to re-demise their space to accommodate the smaller retailer,” he notes.