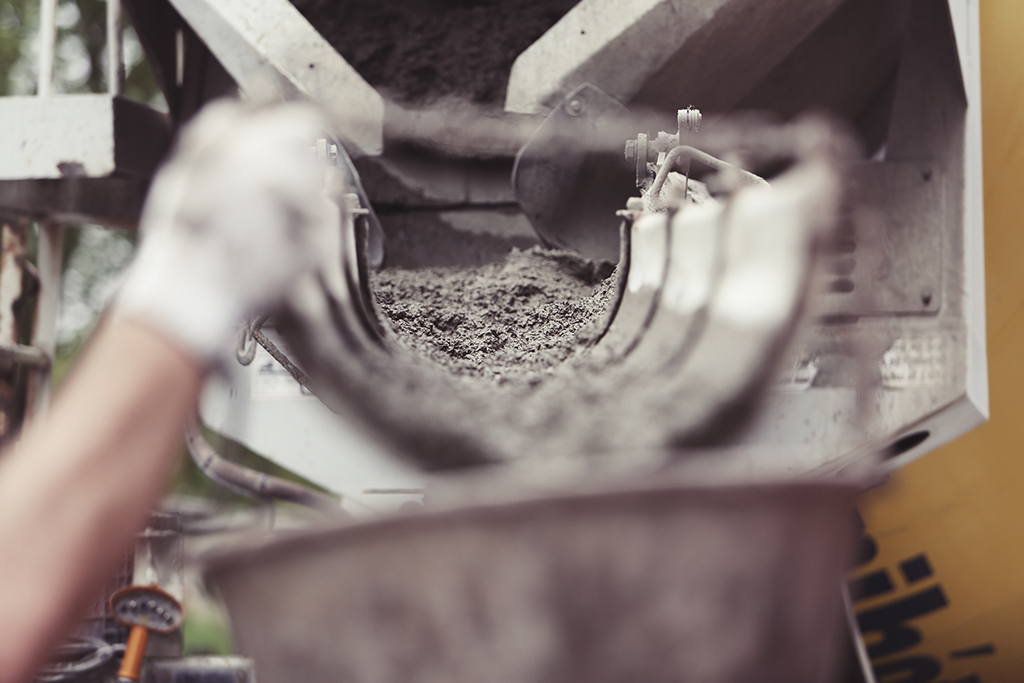 First conceptualized in the 1990s, Engineered Cementitious Composites (ECC), or bendable concrete, is almost ready for market, according to researchers at Louisiana State University’s College of Engineering. After testing a range of sands, rubbers, fibers and more, they’ve struck a balance of “the right materials in the right proportions,” said Gabriel Arce, lead investigator on the project.

“Compared to typical concrete, our cost-effective ECC material has about 300 times more deformation capacity, more than two times the flexural strength and a higher compressive strength,” Arce said in a press release. The material costs about 2.5 times more than regular concrete, but that is offset because roads can be paved at half the standard thickness using ECC, he said. Plus, this type of pavement construction does not require joints.

The plastic-backed cladding is coated with tiny ceramic particles found in plastic insulation like that around electrical cables. The particles activate at high temperatures and, through chemical interactions, form a heat-resistant network throughout the material they are applied to.

The product meets the international non-combustibility testing standard ISO1182:2010. The research team is reportedly working to develop and commercialize a sprayable form as a non-combustible membrane.

Through a collaboration with partners Zaha Hadid Architects Computation and Design Group and Architecture Extrapolated, engineers erected formwork for a five-ton concrete structure with the shells in Mexico City. The machine interpreted a digitally generated pattern to effectively knit, in essence, a 3D textile with two layers. The first layer, which was only a few millimeters thick, was then sprayed with a bespoke cement mixture and stretched with steel cables within a frame. Fiber-reinforced concrete then was applied. The process was completed in about a day and a half.

Researchers at the university have been involved in several other high-profile, tech-focused building endeavors. Last year, they developed a new method for 3D printing timber structures, and in 2017, they built a house with a robotics and automation technology known as the Digital Fabrication House. In 2016, the university won the Swiss Technology Award for developing concrete form molding and reinforcement innovations using 3D printing robotic arms.

Wood nanoparticles that are more than 15,000 times smaller than the head of a pin maintain the strength of the material they come from, a researcher told the Associated Press, and when added to concrete, they could make buildings, roadways and infrastructure stronger and more sustainable.

Concrete infused with these types of particles was used in a Greenville, South Carolina, parking lot that will be tested for wear and tear next to a regular concrete lot. Early tests, according to a researcher, indicate that the wood particles boost the concrete mixture’s strength by 15%. The study is being done by by a partership of U.S. Endowment for Forestry and Communities, federal officials, Oregon State University and Purdue University.

Building panels made from old clothes

Researchers at Australia’s University of New South Wales Sydney have developed a process to turn old clothing and other textiles into solid floor or wall panels, according to a university article.

Professor Veena Sahajwalla and her team manually removed zippers, buttons, buckles and other solid components from discarded clothing before sending cotton, polyester, nylon and other fabrics through a fine-grained shredder. The shredded material then was chemically treated to encourage the various fibers to stick together and compressed under heat to form solid panels.

Initial testing revealed the panels are potentially strong enough for load-bearing applications and are water-resistant and minimally flammable. Mixing the fiber with other waste products like sawdust filler from old couches could further fine-tune the end result, the researchers said. Panel textures and colors resembled wood, ceramic and stone. The team is building a small factory to experiment with scaling up and commercializing the process.