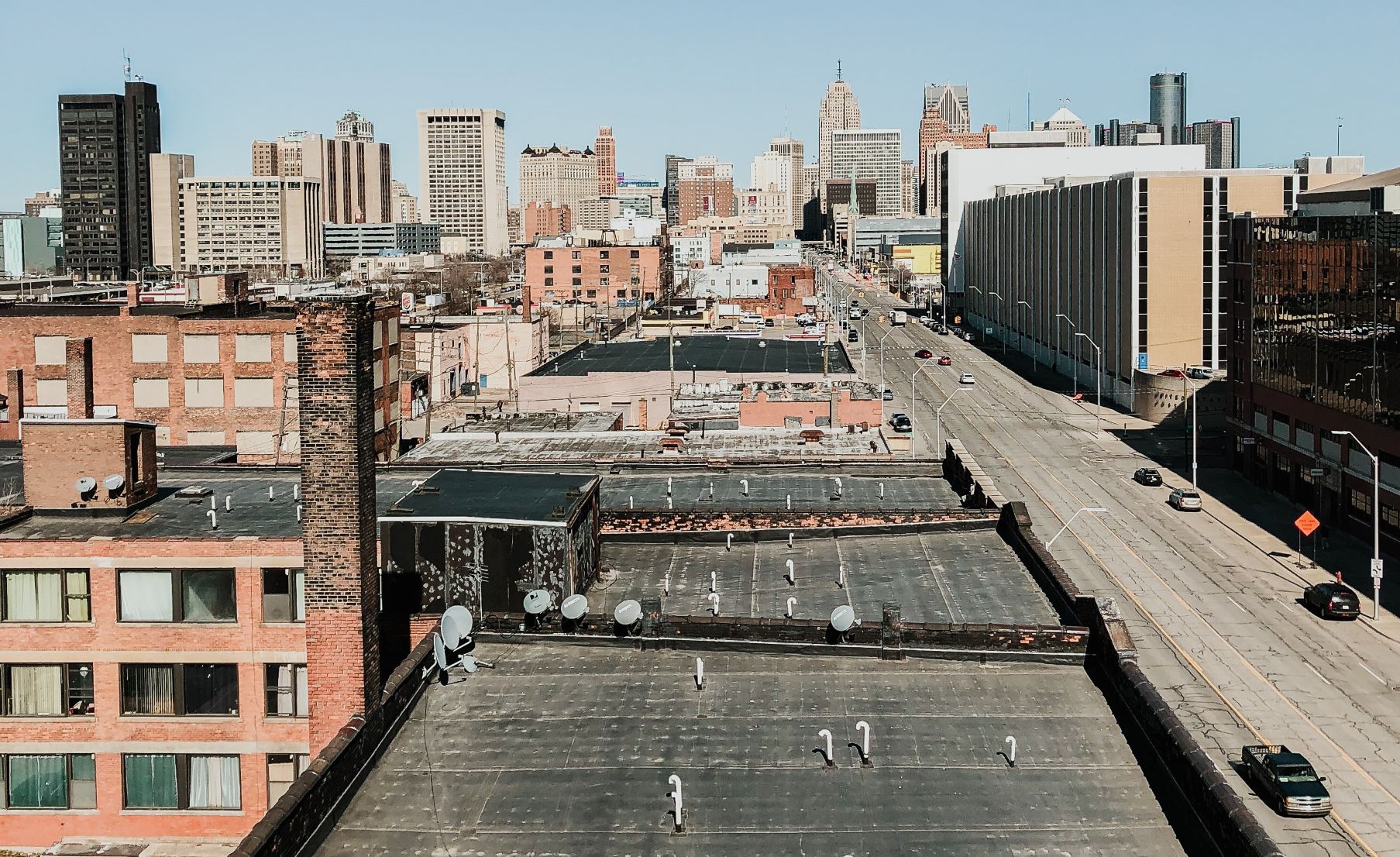 On September 4, Soave Real Estate officially marked the opening of Elton Park, a 151-unit, mixed-use development off Trumbull Avenue just north of Michigan Avenue in Corktown. The total cost of the project, which began in May 2017, was $150 million.

“What had been for years a sea of parking lots and a large vacant building is now a beautiful new residential anchor and public space in Detroit’s oldest neighborhood,” Mayor Mike Duggan said in a release.

Elton Park consists of six for-rent apartment buildings, 11,400 square feet of ground-floor retail, and an activated alley connecting them all.

The signature structure in the project is the redevelopment of the historic Checker Cab Building, built in 1927, into 52 apartments. Adhering to the city’s Inclusionary Housing Ordinance, some of those units rent for as low as $1,000 per month.

The developers say that more than 70 percent of the units are already leased. Tenants for the businesses will be announced soon. The project received $6.9 million investment through the Michigan Strategic Fund’s Community Revitalization Program.

And this is just Phase One. When completed, Elton Park could total up to 500 residential units and 30,000 square feet of retail.

Corktown is rapidly becoming a much denser neighborhood. Just down the block at The Corner on the former site of Tiger Stadium, another 111 residential units and 26,000 square feet of retail are nearing completion.