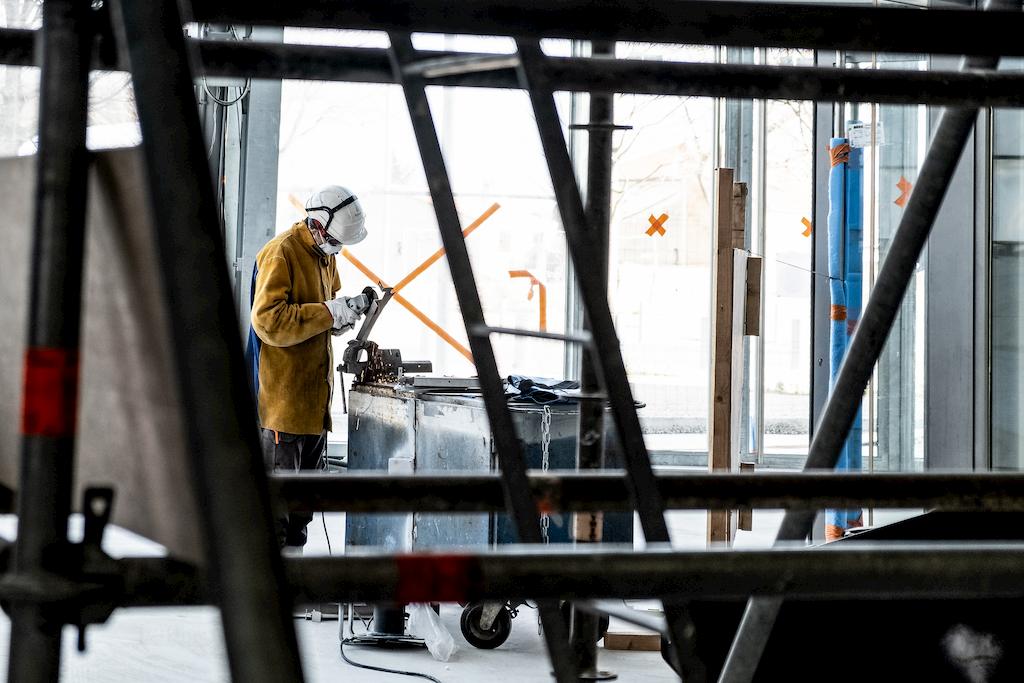 If a Michigan construction industry experiences another exodus of skilled trades workers as some fear, building costs would again increase.

The industry is not in consensus about whether the state’s short-term halt on most commercial building projects in an effort to tamp down the spread of the COVID-19 pandemic caused large amounts of trades workers to seek jobs in other states, much as they did during the years-long dry spell during the 2000s.

But any noticeable and protracted decline in skilled trades labor would cause an increase in construction costs, a key issue that has shuffled some prominent commercial building projects to the sidelines, caused them to be redesigned or scrapped them altogether.

Developers have anecdotally said for over a year that a shortage of available workers has caused construction costs to balloon by as much as 30 percent over original budgets.

Mike Haller, CEO of Detroit-based construction giant Walbridge Aldinger Co., isn’t worried about trades workers going to neighboring states like Ohio, Indiana and Illinois — where restrictions on construction were less severe during the pandemic — and driving up costs because he thinks it would be a very short-term issue, if at all.

“If craft workers left the state to work out of the state because other states were working and ours wasn’t, I believe it would be a temporary situation,” Haller said. “A craft worker wants to work at home. And if that’s available to them, I think very readily, they would come back home. I think the bigger issue is relieving the anxieties that people have going back to work, whether your craft worker or any type of industry.”

Prior to the pandemic, Michigan had one of the largest skilled trades gaps in the country, said Todd Sachse, founder and president of Detroit-based builder Sachse Construction.

Whether they return to Michigan is a big unknown, he said.

“We’re not going to know it until our trade partners go back to work and they pick up the phone and reach out to Tony and Alice and Tommy and Stacy and Freddie and say, ‘Hey, let’s go back to work,’ and we find out, ‘Oh, sorry, Freddie moved to Florida’ because he didn’t have any work here and won’t be back for another six months or may move down there,” Sachse said.

Pat Devlin, secretary-treasurer of the Michigan Building and Construction Trades Building Council, said he has been talking with others in the industry and there isn’t much concern about long-term ripple effects.

“People were working five or six days a week and the money was good,” he said. “I’m not sensing a sense of any urgency. We did have people travel to those states that could, but when they can work in their own back yard, they will.”

“We don’t really know how many tradesmen and women have left as a result of this,” Sachse said. “We certainly hope they didn’t. Maybe because the unemployment benefits were still pretty good.”

Because of the special pandemic insurance benefit built into the federal CARES Act, an unemployed trades worker could collect up $962 per week on unemployment — the equivalent of $24 an hour — through late July.

“We don’t know yet what that impact is going to be,” Sachse said. “We cannot afford to lose more skilled trades workers.”

Skilled trades have been battered for years as the 2008 recession ground construction to a halt, causing workers to seek employment elsewhere or in different fields. And a decades-long emphasis on two- and four-year college degrees has kept a generation of students from considering a career in the skilled trades.

The shortage has caused a concerted effort among builders and Detroit officials to rebuild a pipeline of talent that has been depleted over the years.

According to data provided in January by the Michigan Bureau of Labor Market Information and Strategic Initiatives, while there were about 1,500 fewer construction firms in the Detroit-Warren-Dearborn Metropolitan Statistical Area in 2018 (7,513) compared to 2009 (9,020), there are more than 20,000 more workers, with 70,639 as of two years ago.

In March, Gov. Gretchen Whitmer signed an executive order that effectively halted most commercial building projects in the state in response to the outbreak of COVID-19, which as of Thursday afternoon had killed more than 4,300 Michigan residents and infected more than 45,000.

Effective May 7, construction was allowed to resume with strict social distancing and personal protective equipment guidelines.

A second wave of the virus is predicted in the fall, Anthony Fauci, director of the National Institute of Allergy and Infectious Diseases, said late last month, according to CNN.

Presuming that happens, Devlin said, the building industry is going to be ready.

“We will be better prepared on how to handle it,” Devlin said.