How To Design for Senior Citizens - Sachse Construction 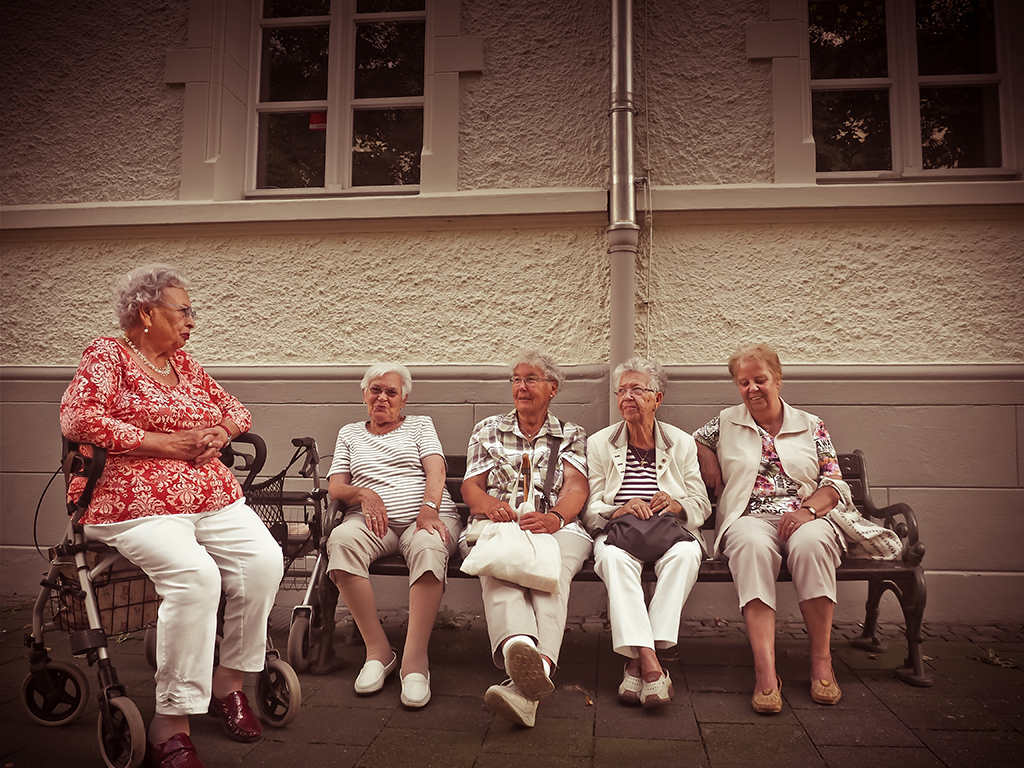 The population’s aging phenomenon is occurring worldwide. We say phenomenon because all population pyramids are reversing, which means birth rates are steadily decreasing over the years, and at the same time, life expectancy has been increasing. Thus, the elderly population is growing at a faster rate than children.

According to IBGE (Brazilian Institute of Geography and Statistics), in 2017 there were more than 30 million people over the age of 60 in Brazil (14.6% of the population). To understand this growing demographic, let’s take a look at other countries’ statistics. Mexico’s total population is about 28 million, the size of Australia’s and New Zealand’s combined population. We are talking about a demographic the size of a country.

The issue with these statistics is the rate at which we have reached these numbers. While developed countries such as France took 115 years to make this demographic shift, developing countries such as China took around 27 years. It’s what we call a rapid demographic transition. That means that while developed countries could gradually prepare themselves by adapting services, politics, and infrastructures dedicated to an older population, developing countries are in a situation where there is not enough care for these individuals. Thus, a lower quality of life for our elders.

And who are they? In Brazil, a person over 60 years old is considered an elder, while in developed countries it is usually over 65. It would be easy if defining people was as simple as that, by age. But it isn’t.

Our old age is the result of our environment and the choices we have made. According to the WHO (World Health Organization), six items influence how we will age. These determinants are social, economic, behavioral, personal, the available social and health services, and the physical environment. We can reach old age as active individuals or as having an advanced level of frailty that compromises our functional abilities. To keep the elderly population healthy and active is a necessity and not a luxury.

But how do we keep the elderly population active? There are four pillars that are currently considered: health, continued learning and education, social participation and security, and protection.

As architects and urban planners, there is a lot we can contribute, be it on the public policy front or directly in the physical environment. We can work with the macro scale of cities and the small scale of dwellings.

Regarding cities, the most important problems are related to accessibility, public transportation, and services. A recent study from USP (Sao Paulo University) analyzed the databases of bus lines, subway, and trains, senior and disabled people exclusive parking spaces; relief and grade; as well as the accessibility of service and retail establishments in the city of Sao Paulo. It is clear from the findings that the expanded city center offers better conditions, Bráz being the first district on the list, followed by República and Sé. In the last positions, we find the districts of Iguatemi, José Bonifácio, and Cachoeirinha. To see the entire rank, access this link. If we cross this data with the districts that have the largest number of older people, it is possible to draw a focused and efficient improvement plan. We rely a lot on political will, but our associations can add pressure to make them a reality.

In 2012, the State of Sao Paulo created a program called “the elderly-friendly city,” but it was only until January 2018 that the city has adhered to it. Now there are 670 cities studying and promoting initiatives in the State. “Currently, the City Hall’s social assistance network has 134 specific services aimed for the elderly, such as Day Centers and Reference Centers for daytime activities, and special Living Centers and long-stay institutions for refuge. Together, these centers serve about 15 thousand people”, says the City Hall. It is little considering that the city is home to around 1.4 million elders; a huge field for architects and urban planners.

To aid the quest for better quality of life for the elderly in cities, the United Nations launched the guide “Measuring the age-friendliness of cities – A guide to using core indicators”. When it comes to the physical environment, it lists the following items:

Among these items, we should consider the ability to traverse the city, the accessibility of public spaces, buildings, and means of transportation, and the ability to afford housing and security. All these items impact the health and well-being of the elderly. Many guides found online can be used as a starting point in the creation of one’s own.

For those in search of something practical and to the point, this is the check-list suggested by WHO when it comes to physical aspects.

External Areas of Spaces and Buildings

Designing for the elderly is complex. There are two main issues to be considered: emotional and physical safety.

A home is a lot more than a shelter; it is the place where one builds one’s life. It is their corner of the world. It’s a place for memories, current experiences, and future dreams. It’s where one recognizes oneself.

The 37th article of the statute says that “the elderly have the right to decent housing, with a natural or substitute family, or unaccompanied by family if it is their wish, or even in private or public institutions.” If a healthy, elderly person desires to live alone, you must give them that right. Often this wish is ignored because of the family’s fears, which can be overcome by a good automated support system, for example.

In the beginning of the article I mentioned the fact that the elderly population is different within itself and that there are many different levels of functional ability. A house destined to a completely independent person is very different from one for a disabled person. It is true that some losses are common to all, particularly those that affect the senses, like sight, hearing, tact, smell, and taste. The muscular, connective, bony, neurological, cardiopulmonary, gastrointestinal and genitourinary systems are also affected. That’s where things get difficult. Each elder will have a different loss in every one of those systems. To design a house that answers to every loss is expensive and unnecessary.

In this website, I provide an e-book with a basic checklist for designing homes for the elderly. It broadly covers the mild losses and can be done by the owner.

If the architect wishes to be more precise in their decisions, speak with the user to understand what their biggest challenges are.

Katz index is a great tool to evaluate the dependence degree in basic daily activities, the ‘ABVD’, where activities such as bathing, dressing, toileting, transferring from the bed to a chair, continence, and feeding are evaluated.

In situations where the architect is designing for a general public, the former tips may help, but if the elder or a group of elders has a specific limitation such as Alzheimer, for instance, or Parkinson, it will be necessary to learn more about the disease.

How do you design a home for someone with Alzheimer? A group of architects from the Netherlands developed the Dementia Village with this scenario in mind. An entire neighborhood, with houses, squares, and stores for elders who share this type of dementia. It is an enclosed community. All the houses open to squares and every group of houses has its own style. There are seven in total. Some more classic, some modern… whichever style the owner prefers. The squares are also different among themselves. This helps to create the natural dynamic of cities and facilitates orientation. The dweller is free to go anywhere. The workers don’t wear uniforms and are trained to help them. The most interesting part of this project is that this configuration allows the person to keep their independence and autonomy, but with safety. Another interesting point is that the theater and the restaurants are open to the public. They divulged the initiative and the neighboring communities have adhered to the space, which helps to give it less of a confined and institutional atmosphere.

See how an architect’s role goes beyond designing an accessible bathroom or an adequate ramp? The architect plays a fundamental part in the perception that the dweller will have of the space. The architect can and must help to promote the elder’s autonomy, independence, and provide dignity in the use of the space. More than ever the role of architecture becomes relevant, helping to bring a better quality of life so that elderly people can continue to live the present moment in the best possible way.