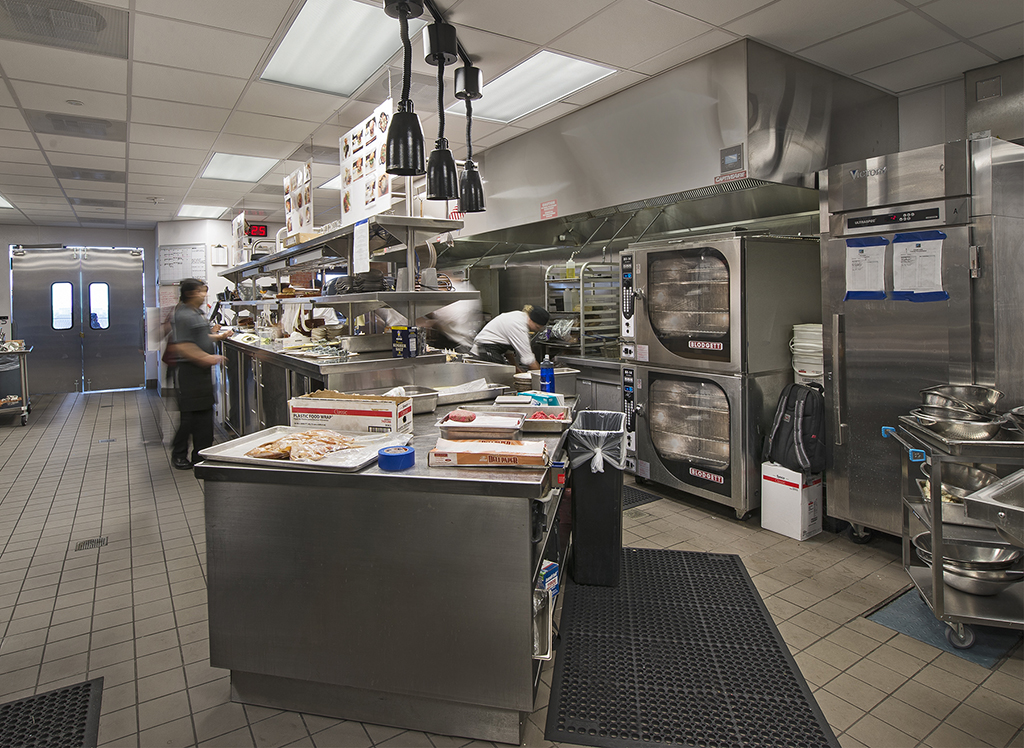 As restaurants across the United States close their doors in the wake of the coronavirus (COVID-19) pandemic, new delivery-only endeavors have an opportunity to gain market share.

One segment of the restaurant industry that is thriving are ghost kitchens. These prep-only establishments are expanding to meet a growing demand for food delivery.

Ghost kitchens are a modern twist on the commercial commissary model, which has long provided low-cost kitchen services for caterers and food truck operators. Delivery kitchens are turn-key operations — without traditional restaurant dining rooms — that are built in low-overhead locations near major populations centers. Restaurant operators renting space in these facilities are attracted to the relatively low investment and operating costs, and the ability to scale as demand grows.

Even before the pandemic, industry analysts were projecting the global food delivery market would grow from its current level of about $35 billion per year to $365 billion per year by 2030, according to research from the United Bank of Switzerland (UBS). But with people confined to home as a result of social distancing precautions, demand for comfort food delivered to their door has grown.

One such ghost kitchen venture poised for new growth is Pasadena, Calif.-based Kitchen United, backed by Google Ventures and other investors. The company already has virtual kitchens in Austin, Chicago, Pasadena and Scottsdale. Now, flush with $40 million in new venture capital funding, the company has plans to expand in Los Angeles and New York.

“Our partners at these kitchen centers are seeing healthy traffic right now given that our model is set up for delivery, catering and pick-up,” says Jim Collins, CEO of Kitchen United. “With people not being able to dine in at restaurants, we’ve seen a steady flow of new and returning customers.”

Kitchen United isn’t the only player in the delivery kitchens game. C3, owned by SBE Entertainment and its partners, jumped into the market earlier this year. The company launched in February and plans to open 138 kitchens this year. Accor Hotels, which owns a 50% stake in SBE, and mall owner Simon Property Group, are partners in the new venture.

In some markets, C3 has reportedly leased space with CloudKitchens, another provider launched by Travis Kalanick, founder and former president of ride-sharing giant Uber. The C3 initiative plans to tap dark kitchens at hotels that have practically shut down over the past 90 days.

In fact, C3 hopes to convert some existing brick-and-mortar locations that have closed into virtual establishments. The company is leasing shuttered restaurants, and plans to hire 1,000 employees to support its expansion plans.

Planning for a Marathon

While C3 is moving full steam ahead to capitalize on the current economic climate, Kitchen United is proceeding more cautiously. The company has put its plans for expansion in New York City on hold until the COVID-19 crisis subsides.

“Our vision for New York City is long term,” says Collins. “We want to be a partner in helping solve some of the challenges, and not a thorn in the side of so many dramatically overworked city departments. The last thing we think New York City needs at the moment is another company pushing them to move faster.”

But Collins is optimistic. The virtual kitchen model provides a cost-effective way for restaurant operators to meet growing demand for food delivery through companies such DoorDash, Grubhub, and Uber Eats. Collins calls these food delivery services “marketplaces,” and says they are driving some of the growing demand.

Ultimately, though, delivery-only restaurants have to establish strong connections directly with customers. “We are highly focused on helping our restaurant partners create better digital-consumer connections,” he says. “Our [technology] is all about helping operators increase throughput, minimize cost, and maximize revenue,” Collins explains.

In addition to providing turnkey kitchens, Kitchen United helps its food prep partners with staffing, inbound order management, and food handling. The company is also working on plans to integrate its ordering system directly with delivery companies. Collins says that will lower costs and enable more accurate estimates of delivery times for consumers.

Collins acknowledged that the pandemic has incentivized some casual dining chains to convert traditional restaurants into kitchen centers. Other restaurateurs, he says, are interested in becoming part of established ghost kitchens.

“Some of these initiatives will bear fruit and work; others will struggle,” he says. “Location is so important in our world, and a great build in a bad location won’t deliver enough sales to its restaurants.”

While the pandemic is creating some buying opportunities for distressed properties, Collins doesn’t think a glut of cheap real estate will have a long-term impact on the ghost kitchen sector.

“There are literally millions of available spaces in the country,” he says. “But at this point, only several hundred can actually support thriving kitchen centers.”

Collins predicts a long-tail impact as result of increasing demand from consumers who try delivery for the first time during the pandemic, and then keep ordering after things return to normal. Equally as important, he adds, is that the current crisis is forcing restaurants to pursue new opportunities.

“It’s changing the way restaurants see the importance of their online channels,” he says. “Only one thing is certain—the new models will accelerate as we move forward.”

For more about how coronavirus is impacting commercial real estate, see our full coverage here.