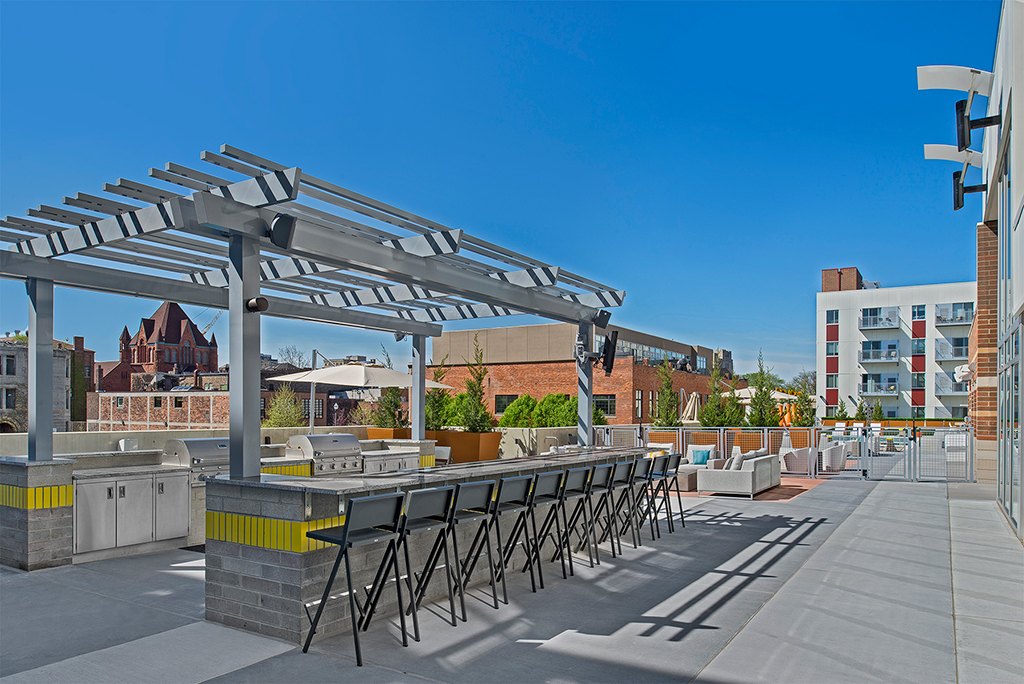 One of the most spirited debates in commercial real estate relates to the housing choices of the Millennial generation: Will they generally remain in cities that cater to their lifestyle preferences as they hit their mid-30s, or will they settle down, raise children and move to the suburbs like their parents?

Some in the market predict that urbanization will continue unchecked, while others foresee a wave of 30- and 40-somethings with young children in tow flocking to suburbia.

The Urban Land Institute has a third way to answer to the question, which is “yes.” The 2020 Emerging Trends in Real Estate report, produced jointly by PricewaterhouseCoopers and ULI, coined a term, “hipsturbia,” that is meant to convey the idea that young families will increasingly want the larger housing space and higher educational quality associated with the suburbs, but will still want the amenities they enjoyed in the cities, such as good restaurants and coffee shops and access to transportation for commuting.

Andy Warren, director of real estate research at PwC, who introduced the report last week at the annual ULI conference in Washington, D.C., quipped “you can take the hipster from the city, but you can’t take the central city out of the hipster.”

The concept of amenity-driven living is not entirely new—more of an extension of the concepts of “24-hour cities,” a term Emerging Trends coined a quarter century ago, and the more recent concept of “walkability,” which references the desire of people to live in places that are attractive physically, have fun elements, and have reasonable commutes close to work.

Housing demand is evolving. Post-World War II, Baby Boomers had families at young ages and in the 1960s and 70s wanted to escape cities that were dirty, had high crime rates and often poor-quality housing and schools. Their children are less interested in big houses with plenty of upkeep, either because they can’t afford them or because they prefer activities they consider more rewarding than cutting the lawn and cooking meals at home. Members of the Millennial and Gen Z cohorts and marrying later, having few children, are less likely to own a car and tend to value experience over possessions.

The demographic and social factors have led to a boom in urban centers, which is reflected in job creation numbers. Employers have no choice but to go to where workers want to live. Since the end of the Great Recession, about 70 percent of the jobs created in the U.S. are in the top 50 metros by population. In the generation before that, the top 50 metro created only about half of the jobs.

Since 2010, metros with the most percentage job growth are Austin (40.0 percent), Nashville (36.9 percent), Orlando (35.3 percent), the South Bay Area (32.7 percent), the Inland Empire (32.5 percent) and Charlotte (30.4 percent). Metros that were a shade behind include Dallas, San Francisco, Raleigh, Phoenix, Denver and Salt Lake City. All these metros share a combination of appealing lifestyle factors such as entertainment, parks and restaurants, and strong educational systems that produce qualified college graduates.

Now, however, as the large cohort of Millennials reach their 30s and 40s, they will increasingly start to raise families and look for suitable places to raise those children. Some say that portends a return to suburbs that have more places for children to roam and better schools.

There is no doubt that suburbs stand to gain from Millennials starting families. However, a few points should be kept in mind. Overall, fewer women are having children and the number of families with more than two children is shrinking. Young families have significant debt and are less likely to have down payments for large single-family homes. And when they move, they are likely to seek communities that have the type of lifestyle to which they are accustomed.

Notes the Emerging Trends: “As more and more suburbs—not all, but those with the right recipe—attract a critical mass of ‘hip’ residents, their success will become increasingly visible. This will multiply the number of imitators, keeping the trend going. This, in part, will be the pragmatic answer to ‘will the Millennials [and the following generations] follow the Boomer generation’s pattern of migrating to the suburbs?’ The response is, ‘Some will and some won’t,’ and also ‘To some suburbs and not others.’ If the live/work/play formula could revive inner cities a quarter century ago, there is no reason to think that it will not work in suburbs with the right bones and the will to succeed.”

BUILDING FOR THE FUTURE

The question is much more than academic. Where young educated workers want to live is increasingly important in a knowledge-based services economy. Metros with the most growth going forward will be places that have lifestyle amenities that appeal to young households. Municipalities and the commercial real estate industry must not only determine where to build, but what type of housing to build and what types of communities will attract the younger generation.

The catch is, as Emerging Trends notes, that the industry may be building for yesterday’s demand, not the future. For one thing, younger people have more experience in shared living arrangements, particularly in expensive cities. “We may be about to see a shift of generational proportions toward a more (community-oriented) array of real estate demands, ironically induced—at least partially—by technology. Overcoming isolation is becoming increasingly imperative,” the report states.

Another issue to overcome is expense. Housing production levels have fallen short of household formation, causing housing affordability to decline precipitously in recent years. Yet housing production is geared to luxury units. Nearly 90 percent of the 2 million multifamily units built in recent years and those under construction now are “Lifestyle” units with luxury renters in mind, according to Yardi Matrix’s database.

The challenge facing the real estate industry is to match housing production with demand. To the extent that the 25-to-44 age cohort leaves the cities, they are likely to favor inner-ring suburbs or municipalities with vibrant downtowns, recreation and transportation options. As such, meeting the challenge necessarily involves a joint effort between the private and public sectors.