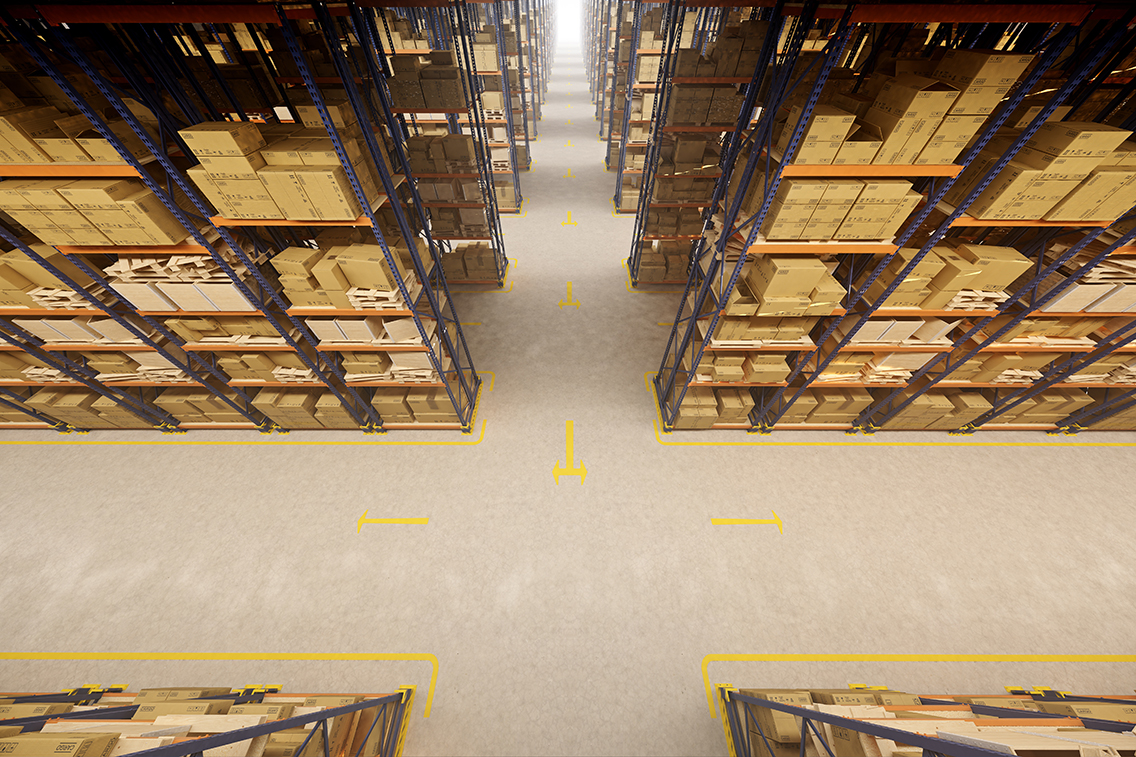 The limited supply of urban industrial inventory available for “last mile” e-commerce distribution space is causing investors and end-users to get creative by repositioning other types of real estate with failed uses or shrinking demand, according to a JLL report, Urban infill: the route to delivery solutions.”  The report notes that annual total e-commerce deliveries have more than tripled over the past five years, but development of new urban industrial infill assets has remained relatively flat.

Despite dwindling opportunities in urban locations, investors remain interested in the 18 percent sales price premium last mile industrial assets command over “first mile” locations, and the higher rents users are willing to pay in order to be near their customer base.

Older office buildings, underused parking structures, abandoned strip centers—even former churches—are now among properties being repositioned as last mile fulfillment centers. E-commerce fulfillment centers are actually “terminal facilities,” as trucks deliver merchandise there to be broken down for home delivery trucks and other types of vehicles, according to Mark Glagola, D.C.-based senior managing director for industrial services with Transwestern. He notes that these distribution facilities are especially critical for time-sensitive merchandise like food products.

Adaptive reuse of class-B office buildings as industrial space is a growing phenomenon that Pete Quinn, Indianapolis-based national director of industrial services, USA, with Colliers International, says investors would have considered a ridiculous proposition 10 years ago. But landlords dealing with falling office occupancy rates are increasingly undertaking such conversions. The JLL report suggests that this makes perfect sense in New Jersey, for example, as the average office vacancy rate has hovered near 25 percent in recent years, while average industrial vacancy has dipped to 5 percent.

A Colliers report notes that smaller, obsolete buildings are being used for e-commerce, merchandise pick-up locations. Online grocery operator Peapod, for example, has repurposed former fast food restaurants and bank branch buildings as grocery pick-up locations. Peapod has also launched “Warerooms,” small, urban community locations of 5,000 to 8,000 sq. ft., where “cross-docking”—moving products from one transportation vehicle to another for delivery—is manually performed in a parking lot, eliminating the need to rent industrial space at all.

Any type of building with a failed use will eventually be converted to a use that makes more money, but Glagola notes that the type of new use generally depends on the neighborhood. Former retail big boxes like Toys ‘R Us and Sears stores tend to be in strategic locations in fairly affluent, residential neighborhoods and so will probably be re-tenanted with other retailers or converted to mixed-use or multifamily use. But buildings with failed uses in transitional, or gentrifying, urban neighborhoods, which may already include industrial uses, are more likely to be repositioned for e-commerce distribution.

There’s a current push toward adaptive reuse of excess retail space for e-commerce distribution, particularly during the holiday season, according to Quinn. Retail giants like Walmart are already using some of their stores as e-commerce pick-up locations and fulfillment centers. Proximity to customers and roadway infrastructure is what makes these locations an excellent choice for last-mile e-commerce operations, according to Conway. He notes that the big-box facilities also have amenities required by modern industrial operations, including two or more dock doors and lots of parking trucks for workers.

Empty grocery stores offer tremendous potential as last mile space, he notes, as they tend to be in dense urban locations, and there are so many available due to competition among grocers that has forced store closings and buyouts. Quinn is currently working on a deal in the Indianapolis area that would reposition closed stores owned by a grocery chain that is downsizing into industrial space.

Zoning issues have prevented more conversions from retail to industrial use, according to Ben Conwell, Seattle-based senior managing director and practice leader for Cushman & Wakefield’s e-commerce and electronic fulfillment specialty practice group for the Americas. There’s also the fact that some local government officials haven’t given up the dream for another retail tenant taking up the space and the tax revenue a retailer would generate. He says, however, that investors and owners are beginning to work together with municipalities to create hybrid properties with retail in the front portion of buildings and e-commerce operations in the rear.

Investors are also replacing low-grade office and obsolete industrial buildings in strategic, high-density, urban locations with modern industrial facilities Glagola cites, for example, a project that demolished a 200,000-sq.-ft. building formerly occupied by USA Today’s “Army Times” offices and printing plant. Located at the intersection of I-395 and I95 in Springfield, Va., this new 190,000-sq.-ft. warehouse, which was built on the old building’s foundation, is just four miles from downtown Washington, D.C., and nearby by one the two Amazon HQ2 projects.

Obsolete warehouses in urban locations are also being rehabbed for modern use. For example, a NAIOP report cited the redevelopment of an obsolete, 312,000-sq.-ft. warehouse on 13.2 acres in Chicago by local developer One Real Estate and New York-based DRA Advisors LLC as a prime example of value-add opportunities available to investors in urban infill locations,

This was a typical, older inner-city structure, but it had attributes that made it an ideal candidate for redevelopment, including: a 28- to 30-foot clear height ceiling, 50-by-60-foot bay spacing and five acres of extra land that could be used for car or truck parking. The building also had food storage and distribution infrastructure. Even more important was its location near the city’s gentrifying Pilsen neighborhood, which provided access to a deep labor pool and public transportation.

The JLL report notes that the higher rents and values associated with last mile warehouses in certain dense, urban markets have made the high cost of constructing multi-level warehouses feasible. Four multi-level projects are currently under construction or will soon break ground in Seattle, San Francisco and New York City, and many more planned projects will be announced in the coming months, according to Rob Kossar, vice chairman and head of the Northeast industrial region at JLL.

“There’s a lot of money to be made, but these projects are a risky proposition,” warns Conwell. He notes that rehabbing older industrial buildings or redeveloping industrial sites present physical risks associated with environmental clean-up, particularly if the building or site was formerly occupied by a manufacturing operation. The clean-up can be costly and time-consuming.

Access to a sustainable labor pool—the biggest concern for today’s industrial users—presents another risk for industrial investors, particularly with high competition for labor in the current full-employment environment, according to Conwell. He notes that projects need to provide access to mass transit and/or sufficient employee parking spaces.