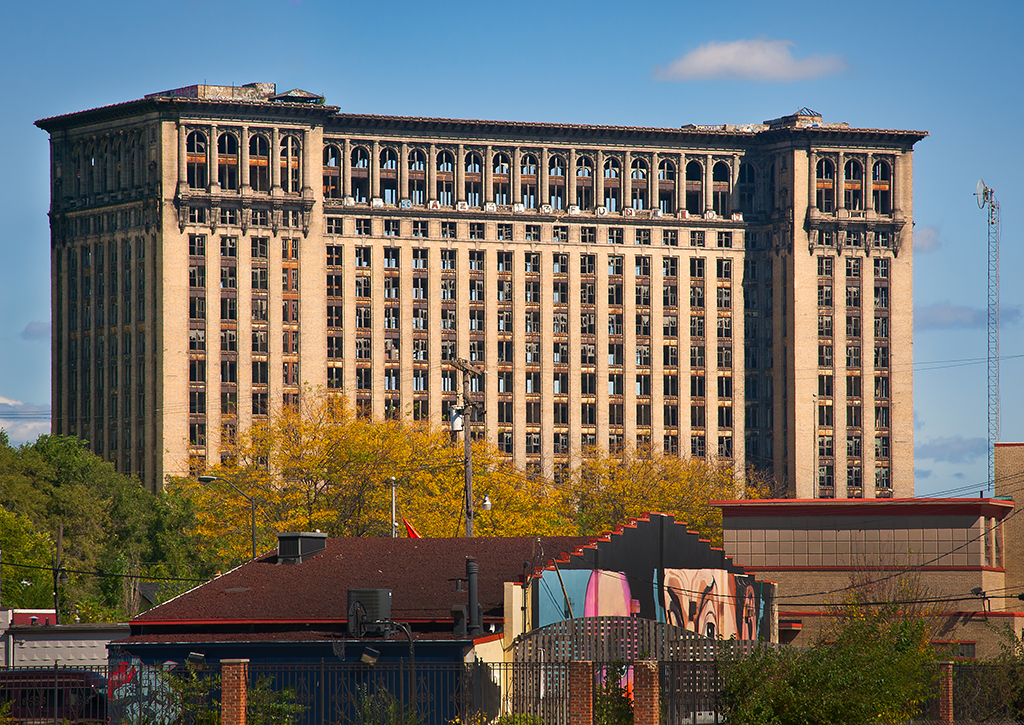 Ford Motor Co.’s potentially transformative vision for a corner of Corktown, Detroit’s oldest neighborhood, may be taking a step forward.

Even as the Dearborn automaker remains deep in talks to acquire the historic Michigan Central Depot from the Moroun family’s Central Transport International Inc., Ford is in “discussions” to buy an old brass factory at 2051 Rosa Parks, says a source familiar with the situation.

That’s adjacent to what Ford calls “The Factory,” the new Corktown headquarters at Michigan and Rosa Parks soon to house its autonomous and electric-car groups under what it calls Team Edison. Expanding Ford’s presence there developing next-generation autonomous and mobility technology would make an emphatic statement about Detroit’s revival — and the Blue Oval’s role in it.

The upshot: Ford is moving to assemble parcels that could become part of an urban business campus on the western edge of downtown. The automaker’s fully realized vision, pushed ardently by Executive Chairman Bill Ford Jr., would be anchored by a renovated train station, for way too long a symbol of Detroit’s urban and industrial decline.

Negotiations over the station, pending structural and environmental due diligence, are progressing, but an agreement is said to be at least two months out. Representatives for Ford and the Morouns’ real estate arm declined comment.

Mike Koenigbauer of Friedman Real Estate, the broker representing the seller, this week told The Detroit News the property at 2051 Rosa Parks, built in 1921, has been under contract for several months and that a potential closing of the sale appeared near. He did not offer a timeline. The building owner, Angel Gambino, was contacted several times this week but said she was unavailable to speak about the property.

A marketing brochure for the property — called “The Alchemy” — pegs the asking price at $2.5 million for two parcels. The larger, 2.75-acre site sits on the west side of Rosa Parks and features an 87,000-square-foot building that could be delivered vacant or redeveloped. The second parcel is a parking lot on the east side of the street totaling a little more than an acre.

And this week, the 28,000-square-foot Ponyride Building at 1401 Vermont in Corktown was listed for sale. Asking price: $3.5 million for the “immaculately maintained” two-story building with “unlimited potential … in the ever popular and bustling Corktown neighborhood,” the listing says. City property records show the building’s current owner paid $100,000 for the building in 2011.

Ford is scouting additional parcels in the area, including some controlled by the Detroit Land Bank. How extensive the automaker’s envisioned campus would be depends on its ability to craft a deal with the Morouns for the 504,588-square-foot behemoth and its 18-story office tower that opened in 1913.

And with its opening of The Factory at 1907 Michigan, building a Ford campus in Corktown would underscore the automaker’s return to the Detroit it left 22 years ago after the sale of the Renaissance Center to rival General Motors Co. — and the city where founder Henry Ford started building cars 114 years ago.

The symbolism is powerful. For Detroit, hungry for yet more validation as a legitimate business hub with reviving neighborhoods. For Ford, eager to play a part in the reinvention of a Detroit it gladly left a generation ago. For the Motor City’s future, built on its legacy of being the town that helped put the world on wheels.

If Bill Ford’s Corktown play becomes reality, the result could help the automaker attract next-generation talent because Ford’s involvement there would signal its role in shaping a new Detroit. And it would diversify the neighborhood’s business district, now deep in bars, restaurants and a distillery.

The pieces are there: the good bones of historic buildings in a historic part of town; the confluence of city streets, freeways, rail lines, even an international border crossing for testing mobility services and self-driving vehicles; the capital of a global automaker trying to chart its second century.

Ford’s bid to plant the Blue Oval in the heart of Corktown looks serious. Whether it actually is depends on the details.