Fast Food Slowed Down: What’s Behind the All the Redesigns – and Is It Enough? - Sachse Construction 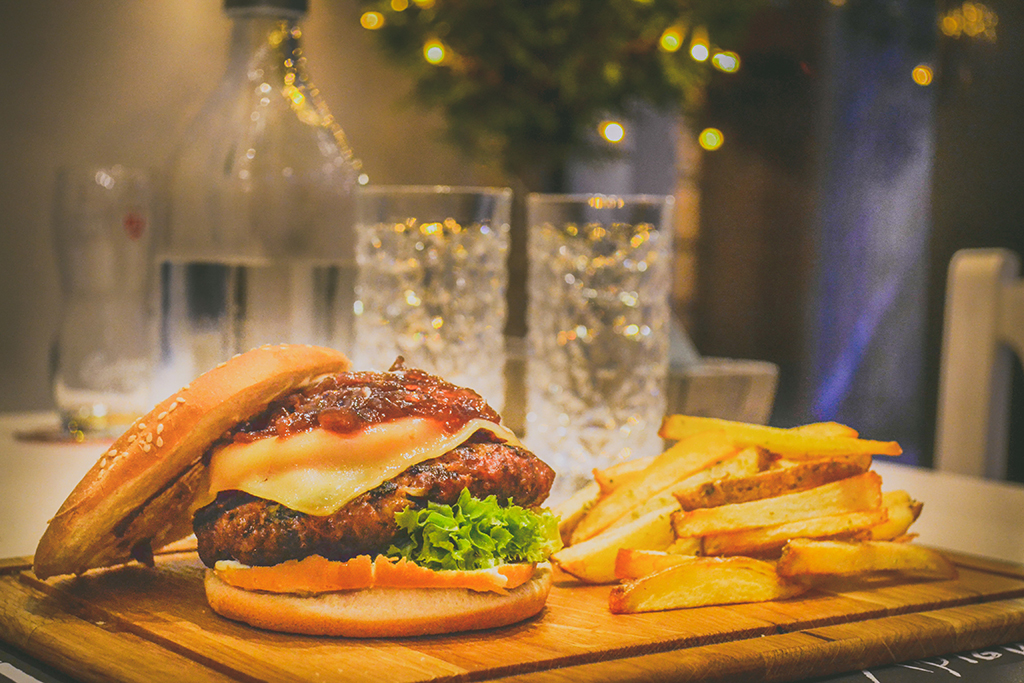 Some restaurants don’t need a review to get attention. You might know them for their longevity, their presence, or even just their advertisements. But most importantly, whether it’s their grand luminous logo, or the building’s prominent architecture and color palette, these franchises are more or less the same (the menu, the music, the interior design…), wherever you are, be it London, Lima, or Lahore.

Recently, however, a few of these places have begun to shift away from the “architectural stamp” that they use in all their branches, hiring design firms to rebrand their restaurants – and by extension, their image. This bespoke approach can result in outposts that are atypically site-specific, understated, and individual. For users, it may be a point of curiosity; a reason to revisit what you think you already know. For the brand, it’s an attempt to cater to evolving tastes (culinary and otherwise) without having to alter the core product.

When designing a restaurant, regardless of the type of cuisine, two factors must be considered. The first is the narrative, or concept behind the design; the second is the operation and functionality of the space. Designing a restaurant, from interior to façade, is about having a solid concept that encapsulates the restaurant’s identity. In successful cases, this permeates throughout the entire space, even down to the details. To be able to provide customers with a proper experience, many questions have to be answered: what should guests see, hear, or smell when they arrive? How should they enter the restaurant and be seated? How many tables are there and how distant are they from one another? How is the food delivered?

Casual and fast food establishments are all about providing a quick service with a quick turnover – and the operations have, historically, been designed to a science and implemented almost as rigorously.  Upon entering any typical fast food establishment, the first impression is one of lighting and colors. Fast-food restaurants are notoriously well-lit, often relying on stark whites (intended to imply cleanliness) and vibrant shades of red, yellow, and orange (colors known to have an effect on appetite and mood.) Music is played loud and seats are intentionally uncomfortable to dissuade prolonged visits and keep people moving through the space, allowing more customers to comfortably pass through.

In recent years however, fast food restaurants (particularly flagship locations) have shifted away from this approach, instead opting for more less-branded and softer designs. The overall operational system, however, is left intact, as the aim of these renovations is not to change the business or core product, but to catch up with the evolving tastes of the clientele.

Perhaps the most famous example of fast food redesign comes from Rotterdam-based Mei Architects. Their take on the brand, renovating what was once known as “Rotterdam’s ugliest building,” renovated a typical mid-century fast food joint into a glowing light box on the corner of one of the city’s main boulevards. The two-storey structure boasts a spiraling stair and is clad in perforated gold panels, allowing the building to shine in the day and glow after sundown. The building is not just a successful example of brand redesign, but also of timely urban intervention – it was completed at nearly the same time as OMA’s Timmerhuis, located just around the corner.

When Patrick Norguet was put in charge of rebranding the McDonald’s franchise in France, he made sure each branch reflected the nature of their site and catered to people’s needs, all while staying loyal to the McDonald’s brand. The Champs-Elysees location is an exercise in tasteful restraint, moody lighting, and a welcoming atmosphere that extends beyond the register. Since the boulevard is a lavish, high quality area, the vibrant (and occasionally garish) reds and yellows typical of the brand were included only periodically in concrete panels and metal sheets, offering texture and sheen as well as tone.

Where other projects pursued an approach of subtlety, perhaps one of the more architecturally daring projects comes from architect Giorgi Khmaladze. His interpretation of the McDonald’s brand, located in Batumi, Georgia, entwines the architecture of the restaurant with the urbanism of its surroundings. The restaurant, situated on two levels (one partially underground), is a spiral of glass whose back side hides, of all things, a fuel station.

Where Outofstock’s Singapore Burger King used nature as the keystone for their site-specific concept, Starbucks’ in New York City take their inspiration wholly and unabashedly from the urban. The brand has recently reworked multiple brances in the bustling metropolis, fitting their surroundings a catering to their clientele’s design preferences. The result is coffee shops that often aren’t even recognizable as a Starbucks. Their Chelsea location, for instance, is a visual translation of the city’s cultural heritage and art scene. The design is inspired by the coffee plant itself, and incorporates a rotating wall within the space populated with curated art pieces in collaboration with UpriseArt.

Another unique Starbucks branch can be found on the opposite side of the globe in Dazaifu, Japan. Dazaifu houses one of the most significant shrines in Japan; the approach to the town is flanked by a series traditional Japanese buildings. When Kengo Kuma and his office took on the project, the primary goal was to make sure the new structure reflected the surroundings and the deep cultural heritage of the area.

While these examples suggest an evolving approach from the brands, it’s notable that they are changes to architecture, not to product or operations. If the traditionally in-and-out approach to delivery remains, does dimmed lighting and earthy hues make a difference to the user?

The changing tastes of a savvy, typically urban clientele may soon force brands to think embrace design (and redesign) in more profound ways. It’s a good thing that’s what architects do best.