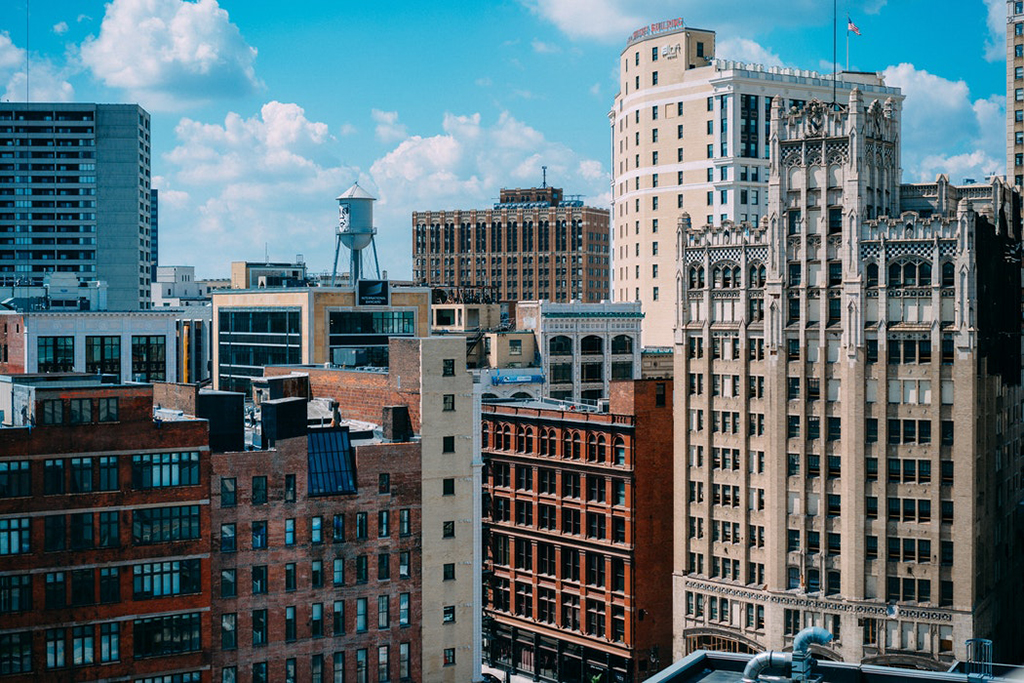 It’s been more than 2,100 days since plans were announced for what was then going to be a medical office building at Woodward Avenue and Stimson Street on a key plot of land to the north of what became Little Caesars Arena.

Today the developer’s plans are wildly different, but the city-owned land at 3439 Woodward is not. It continues to sit vacant, a fence around its nearly 2 acres, a sign saying “Coming Soon! New Luxury Apartments and Retail” trumpeting a day that will have taken the better part of a decade to arrive — if it ever does.

The city is now undertaking a comprehensive review of delayed development projects awarded through the request for proposals process or using publicly owned property to try to get shovels in the ground on them if construction has not already started in the next 3-6 months.

He declined to specify the projects that are facing the most pressure, although The Woodward @ Midtown and others have taken years to start.

“We are focused on getting those projects that may have slowed down for one reason or another, and saying, ‘Is there an action we can take in the next 3-6 months to get something started?'” Jemison said. “It’s more about getting the stuff that can happen to happen than trying to go in and punish people.”

The city’s timeline is key.

In general terms, an economic slowdown is anticipated in the next two or three years, and getting the stalled projects completed before then is high on the city’s priority list. If construction starts by the second or third quarter, the average development project of about 18 months could be completed in advance of a downturn.

“We are always reviewing projects to address issues that may be delaying them from moving forward,” Jemison said. “What we are doing now involves a focused approach on older projects to review their status, why they have stalled and how to keep to our joint goal of attracting investment and seeing development happen.”

In the five years since Mayor Mike Duggan was sworn in, there have been no fewer than 19 major development RFPs, ranging from large chunks of Brush Park land to buildings and vacant lots in neighborhoods like Banglatown and Fitzgerald, Old Redford and Islandview/Greater Villages.

Yet just three totaling $156 million and about 630 residential units have started and are in varying stages of completion: Dan Gilbert and others’ City Modern development in Brush Park, The Corner development by Eric Larson’s Larson Realty Group LLC and the Fitzgerald neighborhood project.

Sarah Pavelko, director of real estate and financial services for the Detroit Economic Growth Corp., which is also participating in the review, said last week that development delays can be caused by things ranging from pending litigation to property title issues, unexpected environmental snags and zoning issues, and financing gaps.

“We are here to find solutions to roadblocks,” she said. “In public land sales and RFP development projects, the city is going through assessing those projects, determining what the roadblocks are and how to first address those, whatever is holding it up.”

Jemison said others taking part in the review are the Building Authority, Housing and Revitalization Department, Planning and Development Department and the Detroit Land Bank Authority.

Queen Lillian Development’s The Woodward @ Midtown project, the former medical office building which most recently was expected to have 134 apartments, 15,000 square feet of retail space and a 150-space parking deck, was announced in April 2013. Chris Jackson, one of the developers behind The Woodward @ Midtown, declined to comment in specifics on the project although he did say that the city has been working with him on the development consistently for years and there hasn’t been a heightened level of interaction recently under the city’s review. The Platform LLC, a Detroit-based developer also working on the project, declined comment.

In addition to the Queen Lillian project, the redevelopment of the Brewster Wheeler Recreation Center near Brush Park by KC Crain, publisher of Crain’s Detroit Business, and restaurateur Curt Catallo, which plans a new restaurant and meeting space, was announced as a larger $50 million project in 2015 although construction has not yet begun. In 2016, a multifamily component by another developer was moved south to a different chunk of city-owned land. Crain declined comment.

Others that are behind their originally announced schedule are the $27 million Stone Soap Building redevelopment on the east Detroit riverfront by Detroit-based Banyan Investments, which is a year behind. Aamir Farooqi, the project’s main developer, said the redevelopment budget has increased to north of $30 million although the number of planned condominiums has shrunk from 63 to 48.

“In this process, the City (Planning & Development, the Mayor’s office) and the DEGC have been outstanding partners and we are confident that this collaboration will be the key to this project’s success,” he said in an email. A groundbreaking is now expected in the spring.The majority of the $52.4 million redevelopment of several properties in the Paradise Valley Cultural and Entertainment District, formerly Harmonie Park, by multiple developers, has not yet started even though it was awarded more than two and a half years ago. One small project has been completed, though others have been delayed by litigation, logistical construction issues and changes in project programming, according to a DEGC spokeswoman.

For projects that have not yet started, the city review could lead to things like expedited rezoning requests or design approvals, for example, and Jemison said the city would consider “small increases” to already-awarded public financing if that would ensure a project gets completed (Considering it “doesn’t mean the city is going to do it,” he said).

The review’s results will become more tangible if projects start popping up on board and commission agendas in the coming months, Jemison said.

“That’s how you’ll see the results of the review, boards and commissions, getting them feeling like every agenda is packed.”