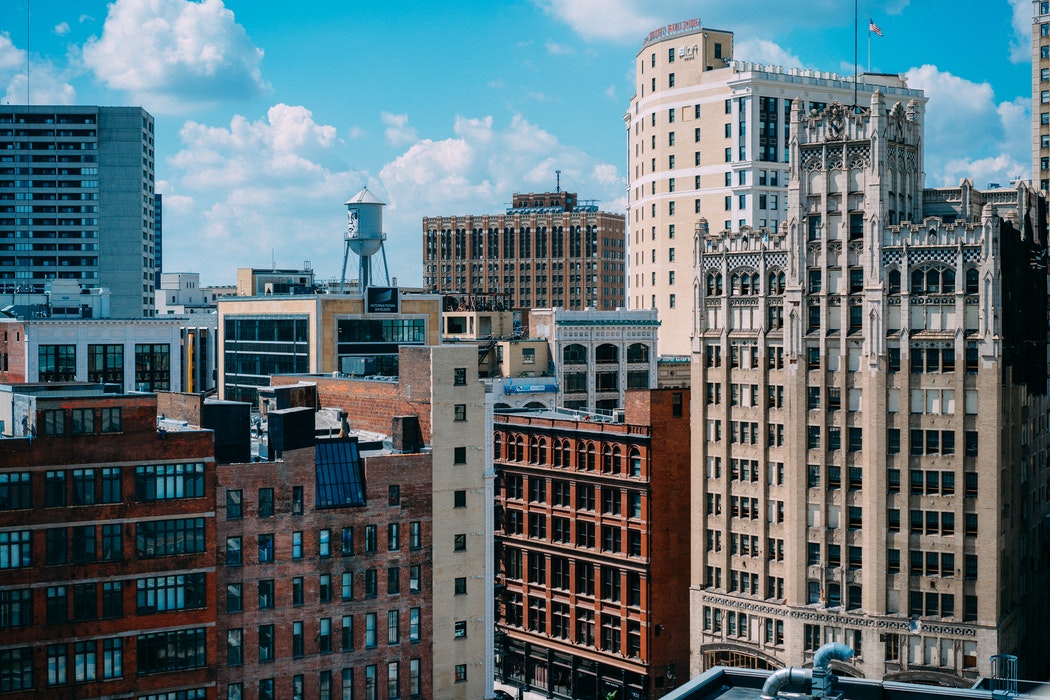 Yet another condominium project in Detroit is on life support.

The developer behind the planned $377 million The Mid project just north of Detroit’s Whole Foods Inc. store says that it’s “unlikely” the dozens of high-end condos that were planned as part of the two high-rises envisioned for the site will be developed after all.

“We are evaluating luxury extended stay along with luxury multi-family for the residential units,” Turkia Mullin, a real estate executive working on the project, said in a statement to Crain’s. “The team has not made final decisions regarding changes to the program; however, it is unlikely we will develop condos.”

Another project representative declined to say why they are now unlikely, although other luxury condo projects have been challenged in the last year or so.

It’s just the latest residential project in the city to take a difficult body blow. Developers of similarly upscale new luxury condo projects in and around downtown have said high construction costs have eaten away at their anticipated developer profit margins; lower-priced condos in Brush Park and Midtown, for example, have been completed.

The Mid’s condo component is one of at least five residential projects in the city that have been scrapped or put on hold, largely as a result of high costs to build. Many developers say in general terms that they’ve seen price swings about 30 percent from when they first priced projects out as labor shortages have driven up costs and put a pinch on building plans.

Cost estimating is an inexact science and varies widely depending on a host of factors, ranging from materials costs to location to the labor market.

Data from Marshall & Swift Valuation Service provided to Crain’s shows that the cost per square foot to build high-rise Class A apartment buildings in the city has increased about 21 percent since 2010, with the most recent estimate being $169 per square foot in November 2018. That figure is for new high-rise buildings — which are rare in the city — and doesn’t factor in the cost for things like balconies, sprinkler systems, fireplaces, built-in appliances and others which add to the overall cost.

But local construction experts like developers and others say those Marshall & Swift figures are on the low side of things, perhaps more reflective of costs in 2016 than 2018 or 2019 (a message was sent to Marshall & Swift for comment). For example, Abdallah said multifamily projects he has priced out have ranged from about $205 to $250 per square foot.

“That’s a number we are having a hard time achieving on stick-built, four-story construction projects, let alone high-rise,” said David Di Rita, principal of Detroit-based developer The Roxbury Group, which redeveloped the building now known as The Plaza, immediately north of Ciena Healthcare CEO Mohammad Qazi’s The Mid project, which was announced as having a 25-story tower and a 30-story tower on 3.78 acres of land he picked up for $15 million. It has undergone a couple modifications since. “We are doing high-rise hospitality in Midtown and I would be doing handstands doing $170 a foot.”

“We have found it tough to get anything built less than $225 per square foot and even that’s a push,” said Clifford Brown, managing partner of Detroit-based developer Woodborn Partners LLC, which is working on projects in southwest Detroit as well as the Lafayette Park neighborhood.

“If the costs to build were consistent with (those Marshall & Swift numbers) I think we would see significantly more construction occurring right now,” Brown said.

The Detroit construction and development industry for over a year has been saying that labor shortages have driven up the cost of building projects, and several have been scrapped or substantially scaled back as a result.

The Mid project’s condos are only the latest to be threatened.

A plan that would have brought 213 apartments to East Jefferson Avenue along with a new Meijer Inc. grocery store has been reduced to just the Walker, Mich.-based company’s small-format store, along with parking. Dennis Archer Jr. and Bloomfield Hills-based Lormax Stern Development Co. LLC intend start construction on the project this spring, Archer told Crain’s late last year. After years of delays on a Brush Park apartment project, the city decided to cancel the sale of land to a joint venture between New York City-based RHEAL Capital Management LLC and Livonia-based Schostak Bros. & Co. for the Brush Park South project that would have brought several hundred apartments to the area.

A plan to bring luxury condominiums by Detroit-based The Means Group Inc. and Holdwick Land Development LLC was scrapped in favor of a $47 million Cambria Hotel project with 154 rooms, which is under construction at 600 W. Lafayette Blvd.

More high-end condos envisioned for the TechTown neighborhood have been shelved by Detroit-based developer The Platform LLC. In March, Peter Cummings, who heads up The Platform, said that construction costs increased by 30 percent.

Some that have been delayed are being tinkered with.

“The condos at Lafayette West are moving forward despite the absurdity of construction costs,” said Amin Irving, president and CEO of Novi-based Ginosko Development Co., which is working on the Lafayette West with 60 for-sale units and 314 apartments on the site of the former Shapero Hall in Lafayette Park. “We have been working closely with the city to ensure our design aligns with construction costs, and amending our methods of construction continuously to mitigate this very real challenge. We’re being thoughtful and flexible in our approach, and expect to go vertical in Q2 2020 as a result.”

Those behind The Mid project remain optimistic, a little less than a year after it was first announced.

“While you haven’t seen much physical activity at the site, there has been a lot of work in process to push the project forward, including finalizing construction drawings, financing, and negotiating with potential tenants, among other important planning for the construction phases,” Mullin, first vice president in the Capital Markets Group in the Southfield office of Los Angeles-based CBRE Inc., said in a statement. CBRE is the broker of record and owner’s representative on the project, while the master developers are Grand Rapids-based Rockford Construction, which has an office in Detroit, and Detroit-based Real Estate Interests LLC.

Mullin added that financing is expected to be complete by the end of next month.

Di Rita said the project was ambitious for the market.

“This is not at all a disparagement of the project. I think it was very ambitious and attractive, but it did not strike me as likely to be supported by the market,” Di Rita said. “That’s a function of not only construction costs, but that thing was going to just be outrageously expensive.”

The Mid was revealed in March with two phases: Its first phase was slated to include a 25-story hotel and condominium building with 225 hotel rooms and 60 for-sale units, as of June when $58.3 million in brownfield financing was approved by the state.

Also included in the second phase was a 12-story building with about 198 co-living units. Approximately 750 parking spaces were also part of the project mix, with 325 in a one-level underground garage and 419 spaces in a five-level deck above ground.

Between 75,000 and 100,000 square feet of Woodward-facing and other interior retail was planned for things such as smaller neighborhood retail to grocery space.

While individual laborers aren’t necessarily getting paid more as a result of the worker shortage, Walbridge’s Abdallah said, the subcontractors that employ them can charge more because of the tight market. That’s because they may be using non-regular workers and must adjust for production rates and the unknown.

“If there is huge demand for a product, what happens? It goes up,” Abdallah said. “If coffee was in high demand, it goes up in price. It’s not because the labor in Colombia went up. I’ve been through seven different cycles of extremely busy to extremely slow. The only thing that changes is the opportunities for the contractors to make money. To stay in business, they have to be able to ride the markets up and down.”

Skilled trades have been battered for years as the 2008 recession ground construction to a halt, causing workers to seek employment elsewhere or in different fields. And a decades-long emphasis on two- and four-year college degrees has kept a generation of students from considering a career in the skilled trades.

“When you look at production, it’s killing the projects,” said Todd Sachse, founder and CEO of Detroit-based Sachse Construction. “A highly skilled finish carpenter can hang a door in 45 minutes. A less skilled carpenter takes two hours. When I’m the owner of the carpentry company, I can’t put 45 minutes for hanging a door anymore, I have to put two hours in, at $65 to $70 an hour, so all of a sudden that door costs 2.5 times more to hang simply because it takes longer.”

Sachse also said building in Detroit costs more because of an executive order requiring that 51 percent of the construction workers on projects that receive city funding be Detroit residents, as well as city taxes.

Developers say that, in the end, increased construction costs have not been met with similar increases in rents, leaving a financing gap, although the number of construction projects that have been sidelined may loosen up the labor market a bit.

“Projects that had been under construction for two-three years have been completed and costs have prevented more projects from getting started,” said Randy Wertheimer, CEO of Farmington Hills-based homebuilder Hunter Pasteur Homes, which is working on the City Modern project in Brush Park by Dan Gilbert and others, as well as the Pullman Parc project with Brown’s Woodborn Partners and Detroit-based Broder & Sachse Real Estate Services Inc.

Di Rita echoed similar sentiment: “What will have greater downward pressure (on construction costs): Pull out all of the announced projects over the last year and tell me how many are happening.”

And Kevin Johnson, president and CEO of the Detroit Economic Growth Corp., said late last year that he anticipates construction trades training programs should start bearing fruit as some of those trainees start entering the labor market. If that happens, that could help ease some of the upward pressure on costs that has been experienced.

But still, Di Rita said, a realistic look at cost and rent structure is needed.

“We have a cost problem in Detroit in part because we have a price point problem on the end product,” Di Rita said. “We have a price point reality. This isn’t New York. It’s not Chicago. We have good numbers for a Midwestern city of our scale, apartment and condo, but they are not numbers that can support the cost structure we have in this town. You can’t have Chicago construction costs and Detroit sales prices. That’s a prescription for projects not happening.”