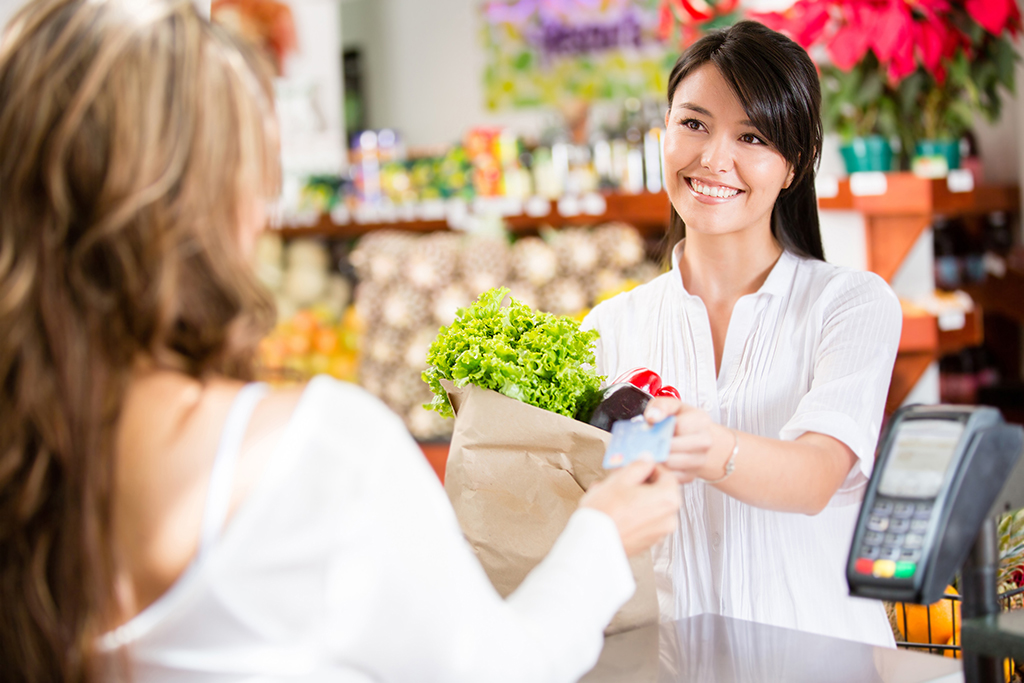 While a new report by investment firm USB estimates 75,000 more U.S. stores could close by 2026 as the shift to online shopping expands, it appears that the grocery sector continues bucking that trend.

The report points to future closings of apparel stores, consumer electronics retailers and home furnishing stores, noting that online sales are expected to make up 26 percent of all retail sales in 2026, up from about 16 percent today.

However, new grocery store openings increased by 30 percent in 2018 over 2017, with more than 17 million sq. ft. of new space added to the market, according to a recent report by real estate services firm JLL.

JLL reports that more than a quarter of those openings were in Florida, California and Texas due to expansions of their respective local, market-leading grocers, including Publix, Sprouts Farmers Market, Aldi, Kroger and H-E-B.

“Grocery is one of the strongest retail sectors, with nearly twice as many new stores opening than closings last year,” said James Cook, director of retail research at JLL, in a statement.

Of course, that doesn’t mean that the grocery business isn’t being disrupted by e-commerce and changing consumer buying habits. Weaker grocery chains struggle to compete in a very crowded market.

But many grocers are responding to changing consumers’ needs. For example, JLL reports that the grocery sector has seen consumer habits shift to more frequent, shorter trips, vs. big weekly hauls. As a result, grocers are focusing on developing smaller-format stores—under 10,000 square feet—with more local offerings.

A big player well-equipped with the small-formats strategy is Germany-based, no-frills Aldi, which opened 82 stores in 2018 and accounted for nearly 16 percent of the total new stores by square footage. Aldi combines smaller stores and private-label products with deep discounts. The chain is investing $5.3 billion in the U.S. over five years to build about 800 new stores and remodel existing locations.

“They’ve done such a great job with building up a brand allegiance,” says Taylor Coyne, research manager of U.S. retail for JLL. “They’re clearly appealing to the consumer, and it just allows them to expand pretty rapidly across the country.”

Other smaller formats in expansion mode

German discount chain Lidl is looking to grow its footprint, but slowed its expansion push in 2018 with only 15 store openings. However, Lidl announced plans to purchase 27 Best Market stores in New York and New Jersey to ramp up its East Coast presence. Industry sources say it might also consider vacant Sears and Kmart locations for expansion.

Sprouts continued at a quick pace, adding 30 stores in 2018 with another 30 planned for this year.

“Sprouts is all about the farmer’s market vibe, which ties into the rise in wellness and everyone trying to be more aware about where their food is coming from,” Coyne says.

Meanwhile, Trader Joe’s is opening about 30 to 35 stores a year.

“In 2019, we expect to see even more grocery stores rolling out their smaller format stores as they battle razor thin margins in prime locations, while still serving evolving consumer needs,” Cook said.

Even big grocers like Kroger and H-E-B are experimenting with smaller format stores.

“That really speaks to providing flexibility for customers,” Coyne notes. Some people are still going to need large format stores for big shopping trips, but they’re also recognizing that people can benefit from smaller stores, she adds.

One challenge for retail landlords is the format of the grocery store has been “turned upside down,” says Garrick Brown, vice president and Americas head of retail research with real estate services firm Cushman & Wakefield.

“It used to be the traditional grocer had 50,000 to 80,000 square feet and they would go into the community center or neighborhood center,” Brown notes. “There are still a few players that use that model, but most of the growth we’ve been seeing is smaller formats. That has been true on the value side and the high-end, organic side.”

Brown adds that it’s often the grocers in the middle of the market facing challenges.

“What’s happening to some degree is you’ve got value growing like gangbusters,” Brown says. “You’ve got upscale seeing strong growth. The challenges tend to be in the middle, with a lot of smaller regional or local chains that are unionized and don’t have the buying power. They struggle to compete on pricing, because they have overhead that these other guys don’t have.”

Amazon’s 2017 acquisition of Whole Foods has forced retailers like Walmart and Kroger to get creative.  Almost immediately following the acquisition, Amazon made significant changes to the chain, like introducing sales and discounts at Whole Foods for Amazon Prime members and expanding grocery delivery and pick-up services with the aid of the brick-and-mortar stores.

There are also reports that Amazon plans to launch a separate chain of grocery stores, according to the Wall Street Journal. They will offer different, less expensive products than Whole Foods. The retailer plans to open its first outlet in Los Angeles.

“Certainly, Amazon is pretty tight-lipped about their plans, but there are a lot of indicators in the marketplace that they’re ramping up their brick-and-mortar presence,” Brown says.

Brown notes that Amazon regards Walmart, Albertsons and Kroger as primary grocery competitors, and each of those chains has 2,000-plus stores.

Most e-grocery delivery is fueled by delivery from store, Brown notes. Therefore, grocery retailers need to set aside more space internally within their physical stores for order picking and storage. Also, they’re setting aside parking spaces convenient to the front of their stores for quick pick-ups.

Today’s grocers need to do both digital and physical well to be successful, according to Coyne.

“Flexibility of online grocery shopping is important; so is the store experience,” she says. “I think the ones who are going to be really successful going forward are those who can balance and not put too many eggs into the online delivery basket and forget about that in-store experience.”

She points to in-store concepts like kombucha on tap and a craft-your-own olive oil stand. Hy-Vee opened four in-store Wahlburgers restaurants, while Wegmans opened its first New York City store at the Brooklyn Navy Yard featuring an in-store café with a full bar.

Coyne also points to new technology like “Kroger Edge,” which are digital shelf labels that make it easier for customers to navigate and find products in Kroger stores. The company is working on developing an app that will eventually communicate with customers’ smartphones.

Walmart is launching a new app called “Dotcom Store” that allows in-store shoppers to buy items on Walmart.com with the help of an employee, who places the order on a handheld touchscreen device.

“With some of these shifts in the grocery industry, you’re getting some grocery owners who really feel the pressure to innovate and change,” Coyne says.

Another example is the JLL report prediction that “robots will deliver your groceries sooner than you think,” as retailers like Walmart and Kroger are investing in driverless technology and experimenting with autonomous grocery delivery.

Also, with the focus on grocery delivery, 2018 saw an increase in grocers building new distribution centers and systems to meet the demand for quicker fulfillment.

Giant Foods, for example, opened its first e-commerce pick-up and fulfillment hub in Lancaster, Pa., with dedicated click-and-collect lanes for drivers visiting the hub. The company said the facility will allow Giant to serve 40 percent more customers than the company store that previously occupied the space.