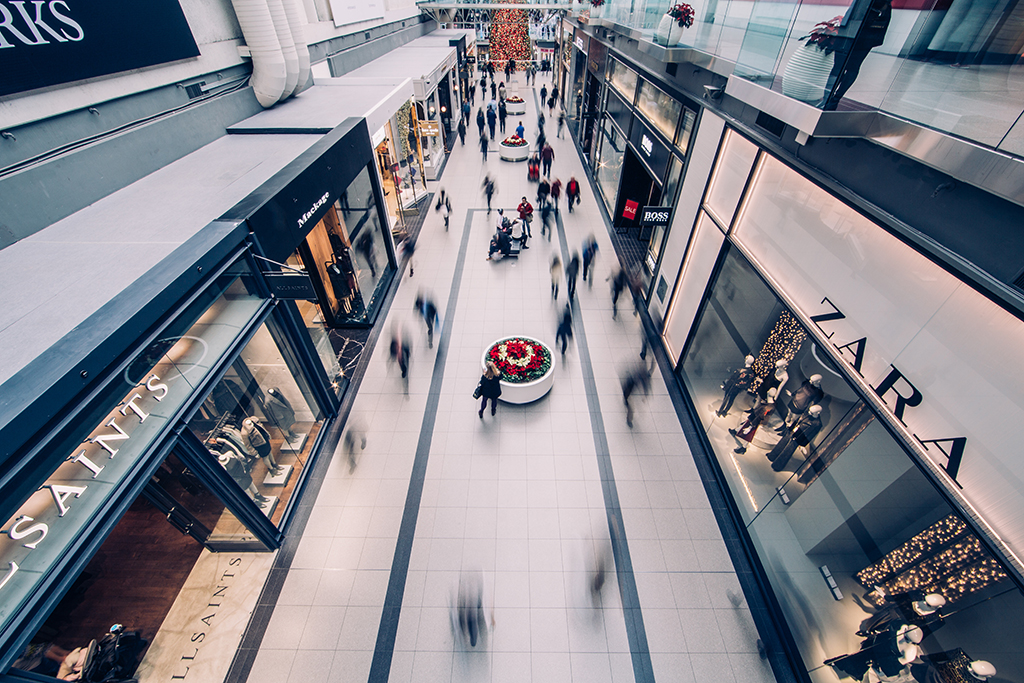 Retailers, from Walmart Inc. WMT -0.21% to Nordstrom Inc., are reporting strong quarterly sales, evidence that the robust U.S. economy is spurring people to shop and that some chains have found ways to compete in an increasingly online world.

Buoyed by rising wages and employment as well as tax cuts, Americans are spending moreon products as diverse as jeans, handbags and wall paint. That has translated to rising sales at not just Walmart and Nordstrom, but also Home Depot Inc. HD +0.57% and Coach ownerTapestry Inc. TPR +0.76%

“Customers tell us that they feel better about the current health of the U.S. economy as well as their personal finances,” Walmart Chief Executive Doug McMillon told investors Thursday. “They’re more confident about their employment opportunities.”

Walmart said its quarterly sales rose at the fastest rate in over a decade. Home Depot reported paint sales were the strongest in five years. Nordstrom said sales of beauty products were “extremely strong,” even as other department-store chains posted mixed results.

“The retail apocalypse that everyone had been talking about really hasn’t happened,” said Eric Rosenthal, a senior director of leveraged finance at Fitch Ratings.

Walmart, which gets more than half of its U.S. revenue from groceries and staples, often tracks its home economy. Gross domestic product—the value of all goods and services produced across the U.S.—rose 4.1% in the second quarter.

The chain, which booked $128 billion in global quarterly revenue, has drawn more shoppers to its supercenters as it remodels stores and cuts prices. It also posted a 40% jump in U.S. e-commerce sales. Though e-commerce is a sliver of Walmart’s business, the growth showed that the company’s heavy investments are helping the chain hold its ground against Amazon.com Inc.

Walmart shares surged 9.3% to $98.64 on Thursday, giving a boost to the entire retail sector. While Walmart’s shares have lagged behind, many retail stocks have climbed sharply this year as sales have stabilized and investors’ fears have eased. Nordstrom, which reported its results after markets closed, rose 12% to $58.40 in after-hours trading.

That isn’t to say traditional retailers aren’t still facing challenges from Amazon, whose rapid growth and discounting has squeezed industry profits. Analysts also caution that potential tariffs could force retailers to raise prices and eventually crimp demand. The key test of the industry’s health—and shoppers’ appetite to spend—has yet to come: The holiday quarter drives the lion’s share of the retail business.

The improving economy isn’t lifting everyone.J.C. Penney Co. said Thursday that its sales fell and its loss doubled to $101 million in the second quarter. The chain, which is searching for a CEO, also cut its forecasts for the year. Its shares plunged 27% to $1.76.

Retailers that have pulled out of the slump have had a sharp focus on their core customers, plowing money both into their physical stores and websites. They have become smarter about how they manage their inventory, leaving them with fewer surplus goods and markdowns at the end of a season. And they have secured more exclusive brands that can’t be found elsewhere.

Investors can be punishing when retailers show even the slightest sign of weakness. Macy’s Inc.M +1.73% shares fell 16% on Wednesday after the chain reported that same-store sales rose just 0.5%, largely because of the shift of a promotional event to the first quarter. The chain’s profit jumped 50%.

Troubled retailers continue to close locations at a rapid pace. About 4,375 U.S. stores have shut since the beginning of 2017, almost double the number of openings, according to Coresight Research.

Those moves weeded out weaker competitors and cleared out some of the overcapacity that has plagued the industry. As a result, the remaining chains are on more solid footing and are getting a boost from a stronger economy, analysts say.

Heading into the critical holiday season, the National Retail Federation raised its 2018 sales forecast to a minimum of 4.5% growth compared with last year. Previously, the trade group had expected sales to increase by a range of 3.8% to 4.4%.

As shoppers cut their spending in recent years, one of the biggest categories to take a hit was apparel. But that trend is reversing, with apparel sales up 5.2% from January through July, compared with the same period a year earlier, and on track for the category’s best year since 2011, said Craig Johnson, president of the consulting firm Customer Growth Partners.

Joanne Charles, of Valley Stream, N.Y., said she is spending the extra money in her paycheck from the tax cuts. The 50-year-old event planner said she recently bought four dresses at Macy’s and is splurging on makeup and other nonnecessities.

On Wednesday, Ms. Charles browsed the Macy’s in Manhattan with her daughter Jonelle Carrera, who was shopping for clothes for a new job that she starts at a nonprofit next week. The 30-year-old Ms. Carrera said that when she graduated from college in 2010, “it was hard to find a job, but there are more positions posted today.”

Some of that extra spending has been fueled by borrowing, which has pushed household debt to record highs, according to Beth Ann Bovino, chief U.S. economist at S&P Global Ratings. But Ms. Bovino said that when taken as a percentage of disposable income, household debt is the lowest since the recession.

“I feel great about the economy,” said Sally Wiggins, of New City, N.Y. While the 57-year-old, who works in hotel sales, said she is buying more clothes and shoes for her three college-age children, her biggest purchase has been a home on the Gulf Coast that she and her husband are using as a vacation rental. She said the property has been booked all summer, “so other people must be feeling good about the economy too.”