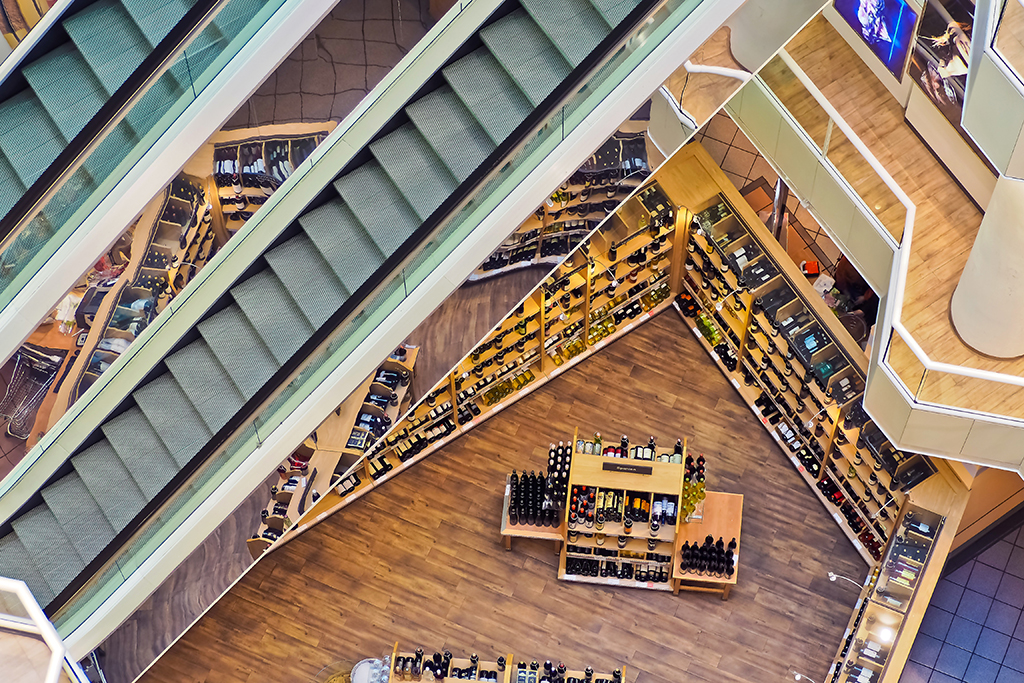 The former Crestwood Court mall in South St. Louis County in Missouri is now nothing but a big heap of dirt piled as high as 55 feet at some points that locals sarcastically call “Mount Crestwood.” It’s one of many sites across the country desired by developers looking to repurpose dead or dying retail space.

Built in 1957, the Crestwood mall once drew shoppers from greater St Louis, but slowly fell victim to the changing face of suburban retail. It closed in 2013 and was demolished three years later.

Residents have long clamored for something, anything, to be built on the site, including a classic rock venue and a museum once proposed by the St. Louis Classic Rock Preservation Society. They now have renewed hope: A new developer recently stepped in and is working to secure tenants so construction can begin on the new “Crestwood City Center.” Crestwood city officials said details of the expected retail project will be announced soon.

A new study by TH Real Estate has identified St. Louis, which bills itself as the Gateway to the West and five other cities — Chicago, Pittsburgh, Detroit, Atlanta and Dallas-Fort Worth — as having the highest amount of “low-quality mall stock,” defined as B grade or below.

American developers have been grappling with retail center development since the first indoor shopping center, the Arcade, was built in Cleveland in the late 1800s. Through the decades, shopping centers, which have fallen in and out of favor over time, have adapted to the ever-changing retail landscape. Once anchored by big-box department stores that could be counted on to drive foot traffic, malls are increasingly conceived as open-air shopping centers with a wide mix of tenants, including restaurants, entertainment venues and experiential retail concepts.
From Dallas’ dead Valley View Mall to Detroit’s demolished Northland Shopping Center — the world’s largest when it opened in 1954 — developers are circling formerly prized properties in malls and shopping centers and trying to figure out what will appeal to shoppers and surrounding communities.

They’re increasingly turning to mixed-use developments, which blend a variety of uses in one center, such as apartments, retail, offices and entertainment.

TH Real Estate — a unit of financial services giant TIAA — said “as much as half of all retail real estate in existence today” could be repurposed or demolished. A separate report by financial services firm Credit Suisse predicted that 20 percent to 25 percent of all U.S. malls could close by 2022.

Northland, which was in the Detroit suburb of Southfield, could serve as a poster child for redevelopment given its rich history, said Emery Matthews, managing principal and co-founder of Real Estate Interests LLC in Detroit.

The mall, which at one time boasted 111 stores and was hailed as “the future of shopping in post-war America,” closed in 2015 and was razed last year. The city of Southfield is in talks with several developers interested in pursuing mixed-use developments, Matthews said, including one that has proposed a medical complex and another interested in adding office space.

“That mall was one of the first, if not the first, that said everything about America’s development in the 20th century,” Matthews said. “It followed a freeway expansion and was a former greenfield site. It was a very well-designed, mid-century modern open air mall. It’s a great location that just won’t support that kind of shopping anymore.”

Herb Weizman, executive chairman and founder at Dallas-based commercial real estate brokerage Weizman, said only about half of the 25 malls in the Dallas-Fort Worth region are viable. The others are “on life support, have been torn down or repurposed,” he said.

As is the case in other cities, most of the struggling malls in Dallas are older and in the suburbs. Several cities, including Detroit, Chicago, Atlanta and Dallas, have an outsized proportion of “dead” retail space, which CoStar defines as retail properties with at least a 40 percent vacancy rate, said Drew Myers, a CoStar Group consultant. Those properties are prime redevelopment candidates simply because they’re so desolate.

“If you’re an apparel retailer looking to lease space, would you choose a center that’s 90 percent leased or 40 percent leased?” he said. “Retailers aren’t likely to sign if these centers are pretty vacant. It’s almost impossible to lease that space.”

Kensington Development Partners and IM Properties bought Prairie View Plaza Shopping Center in the Chicago suburb of Morton Grove for $11.3 million, according to CoStar data, which also listed the vacancy rate at 40.6 percent. Kensington plans to redevelop the 310,000-square-foot, 26-acre property with retail, restaurant and entertainment options. Other ideas include residential, hotel and medical office uses.

Developers have rehabbed several malls and shopping centers in St. Louis with similar developments, said Rick Spector, senior vice president of retail brokerage at commercial brokerage Jones Lang LaSalle. They include The Meadows at Lake Saint Louis, The Boulevard and St. Louis Union Station, an historic former train station that features a hotel, a few restaurants and a train park. The mall area no longer exists but a few retailers do, and an aquarium is scheduled to open next year.

“We’re seeing a lot of new creative uses with some of these older properties,” he said.