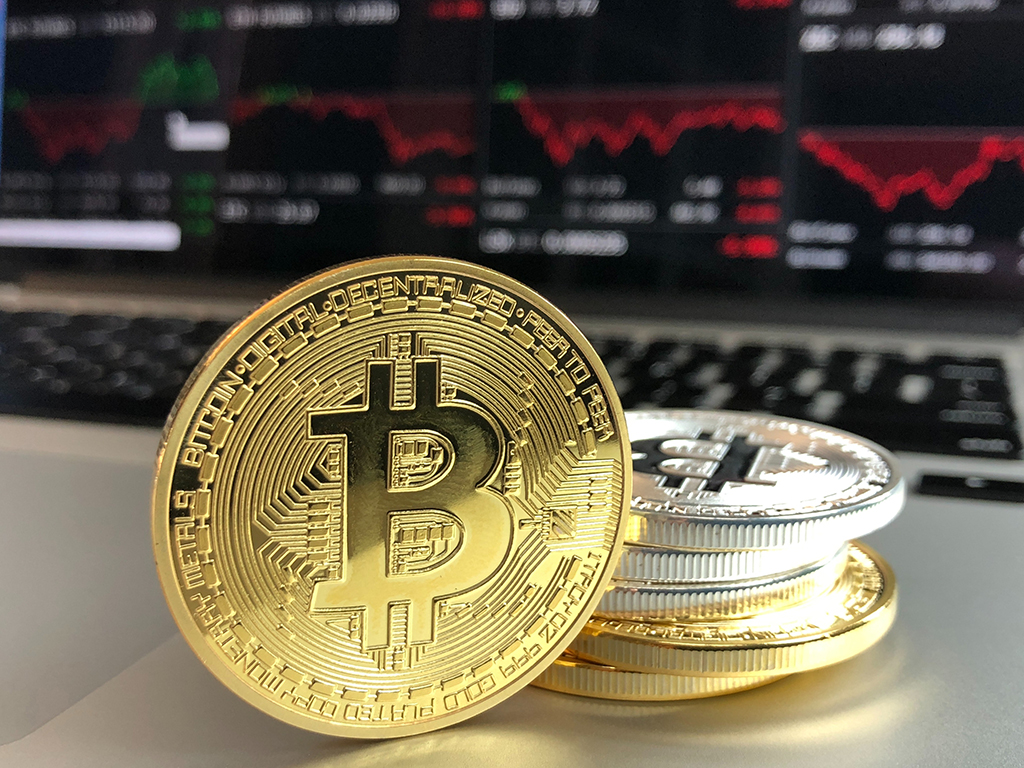 Jacobs Engineering Group is in the vanguard of AEC firms that are committed to exploring the potential of blockchain technology for the construction industry.

The blockchain committee within Jacobs’ practice meets monthly and has discussed use cases ranging from the monetization of smart meter data to using blockchain for water compliance reporting. Jacobs is currently testing the applicability of blockchain for assessing the risk of equipment failure and predicting obsolescence, where the value of the blockchain’s information would derive from optimizing the process, balancing operating and capital expenditures by pooling knowledge, and showing evidence of cashflow improvements.

Its clients in the power industry want to know if blockchain could affect distributed power generation in areas like metering and billing. And the firm’s transportation group is gauging whether blockchain can be used to make toll payments and develop smart contracts.

Jacobs is also a co-founder of the Integrated Engineering Blockchain Consortium (IEBC), which last year launched its CoEngineers blockchain whose purpose is to price risk by establishing the value of engineering in the built environment.

None of these initiatives, however, is close to being fully realized, and there remain questions about blockchain’s efficacy versus other, more conventional transaction methods.

“We’re in the very early stages for our industry,” says Thomas Wendling, PE, Systems Manager in Jacobs’ Englewood, Colo., office. He notes specifically that CoEngineers has yet to come up with token functionality that is seminal to incentivizing a blockchain’s participants.

Still, Wendling has urged Jacobs’ innovation leadership to adopt CoEngineers as an experimental platform for finding and placing the right talent for its clients. CoEngineers, says Wendling, could be a first layer of a platform that ultimately gives the participating community access to collaborative BIM, and could also involve automated contracts for construction management and the Internet of Things (IoT).

Jacobs’ experiences with blockchain technology pretty much mirror where the rest of the industry seems to be at the moment: hopeful that blockchain might revolutionize the industry’s transactional relationships, but also frustrated that blockchain’s development for the construction industry isn’t evolving more rapidly—or has yet to attract anywhere near the interest or investment that the industry has been lavishing on, say, artificial intelligence.

Optimists within the AEC industry can point to the fact that blockchain technology is gaining wider acceptance within financial and banking spheres, and that several brand name companies, such as Walmart and Nike, are using or exploring how blockchain can enhance their supply chains.

The construction industry isn’t ignoring this trend, either. On its website last April, eSub Construction Software, which provides construction management software for subcontractors, posted an article that portrayed blockchain and construction as a “natural pairing” that boils down to four steps: project modeling, smart contracts, inspections, and delivery. The successful verified completion of each step would lead to expedited payments.

For the past three years, Don Bowden, a former subcontractor, has been developing BuilderChain, which uses blockchain technology to efficiently confirm and verify information about homebuilding subs that, ideally, would reduce or even eliminate the paperwork subs fill out when they’re bidding for jobs.

Bowden explains that contractors would issue validation tokens after subs and suppliers verified their bona fides. And once a contract is awarded, the GC would use commitment tokens for a micro-draw system for paying subs by task or project. Bowden says he’s planning to create a third-party merchant that would provide the validation service and issue tokens.

BuilderChain’s blockchain could also record “reputational” information about a project’s scheduling patterns, inspection history, and other product issues. Right now, Bowden’s blockchain is focused on residential GCs, but he foresees applications for nonresidential contractors, too.

‘Fear of Change’ Still a Barrier

Joan Zhong-Brisbois, PhD, PE, a bridge engineer with WSP USA in Seattle, sees blockchain as a way to make the design process more efficient for projects related to transportation by facilitating a “knowledge transaction” and reducing the friction within a project. In early 2019, WSP planned to embark on a test that would use blockchain “like a handshake,” she says, for validating agreements and consensus.

Zhong-Brisbois acknowledges that a broader application of blockchain technology requires a cultural shift “in how we think and what we do.” There are “competing interests” that need to be assuaged, and IP protections that need to be sorted out. The biggest roadblock, she says, is the industry’s “inertia” and “fear of change.”

Arup has been studying blockchain since 2013. And in early February, the firm released its second research report about this technology, examining blockchain’s use in five sectors: cities, property, transportation, water, and energy.

“Blockchain has not been a transformative disruption for the AEC industry yet, but we are seeing early use cases emerging and showing real promise,” says Bella Nguyen, PhD, Senior Research Consultant in Arup’s London office.

Nguyen thinks more testing is needed before users can make informed decisions about blockchain and the specific problems it might solve. The industry also needs to get a better handle on the types of products and services that can be built on top of the infrastructure. “Without an infrastructure in place, we won’t be able to unlock the true potential of blockchain,” she says.

That being said, several of Arup’s clients are already expressing interest in blockchain as an autonomous decentralized system that eliminates middlemen to reduce transaction costs and facilitate greater exchange. Arup’s research indicates that early adoption within the AEC industry might begin in earnest in 2025. “The trajectory of blockchain is quite clear. But in this industry, it’s not going to happen overnight,” says Nguyen.

Can blockchain reframe how the industry values work? That’s what Daniel Robles, PE, a former Boeing engineer and founder of the Integrated Engineering Blockchain Consortium, is trying to discern.

Robles’ thesis is that infrastructure is a value “upon which we utterly depend.” Engineers play a critical role in reducing risk in infrastructure projects. But engineering value is “invisible,” he contends. “How many airplanes do not crash? How many buildings do not burn? You cannot directly measure an event that never happens,” he says.

Consequently, engineering is undervalued, and engineers take a back seat in calculating risk to bankers, developers, politicians, and other entities whose traditional metrics—land, labor, and capital—often don’t provide complete information.

Robles views blockchain technology as a tool that can measure risk, with the engineer as the focal point. His CoEngineers blockchain is set up to do just that. He notes that one of the industry’s problems is that “there’s no Big Data for measuring engineering for life cycle analysis. The challenge is to get enough data into a database.”

To feed that database, the CoEngineers system uses game theory to create two kinds of incentives. First, an engineer makes a claim and receives a “mass” token. Then, another engineer verifies that claim and receives a “gravity” token. Mass tokens can be sold on an exchange, but gravity tokens represent reputation, and serve as a variable for calculating the payout of mass tokens.

“CoEngineers is a peer-to-peer transaction between two engineers, nothing more and nothing less,” explains Robles.

And since gravity tokens can’t be traded, the incentive to purchase influence is eliminated. The blockchain acts as a “big clock,” against which all of these transactions are synchronized. “So now we can visualize the value, and with a time function, we can use quantitative analysis to derive all sorts of valuable information,” he says.

Insurers, lenders, and developers would purchase tokens to gain access to this information, which they could use, suggests Robles, to assess the life of the building and its component parts, say, after a flood or during the sale. The value of the tokens would rise or fall depending on demand and urgency. And because engineers are selling tokens, they would receive a dividend for the assessed value of their work.

The integrity of the system is enhanced by “witnesses” who have exact copies of the database, thereby thwarting cyber attacks. Witnesses are also block producers on a Delegated Proof of Stake chain, but without the energy requirements.

Witnesses generally would have an intrinsic incentive to preserve the integrity of the blockchain. Jacobs’ Wendling estimates that when fully functional, CoEngineers could have as many as 100 witnesses.

“What this system is trying to do is simple: pricing risk,” says Robles. And the engineer’s new role, via blockchain, would be as an “adjudicator” of risk who reconciles the physical world with the virtual world. “We cannot cede blockchain to computers.”

IEBC has raised enough money to build CoEngineers as its operational blockchain and “test bed.” The consortium has approached several professional associations—including the National Society of Professional Engineers—as well as CETYS University in Mexico about running witness nodes on the CoEngineers blockchain.

Robles spends much of his time proselytizing CoEngineers and IEBC via presentations and attending events like IBM’s Think 2019 Conference in February. IEBC has gotten this far operating on a shoestring budget, and is trying to raise new capital from engineering, financial, and insurance sources to advance its research and development. AEC firms, so far, “have been slow, or cautious” to invest, he states.

Such investment, Robles contends, is a lot cheaper than what companies would spend to develop their own blockchains. Coming up with a better mousetrap to measure risk is essential, he says, because the industry is at a crossroads “of digital twin and its physical siblings. You need engineers on the ground to validate that the siblings [i.e., sensors] are working and providing accurate data.”

Nyugen says that Arup is unlikely to build its own blockchain or participate in other platforms until the technology is refined. But she anticipates an eventual nexus of blockchain, BIM, and “the next wave of IoT.” And if blockchain becomes a big database, “can we apply machine learning to it?,” she asks.

That’s one of several questions the AEC industry is pondering as it lurches, slowly, toward this technology.