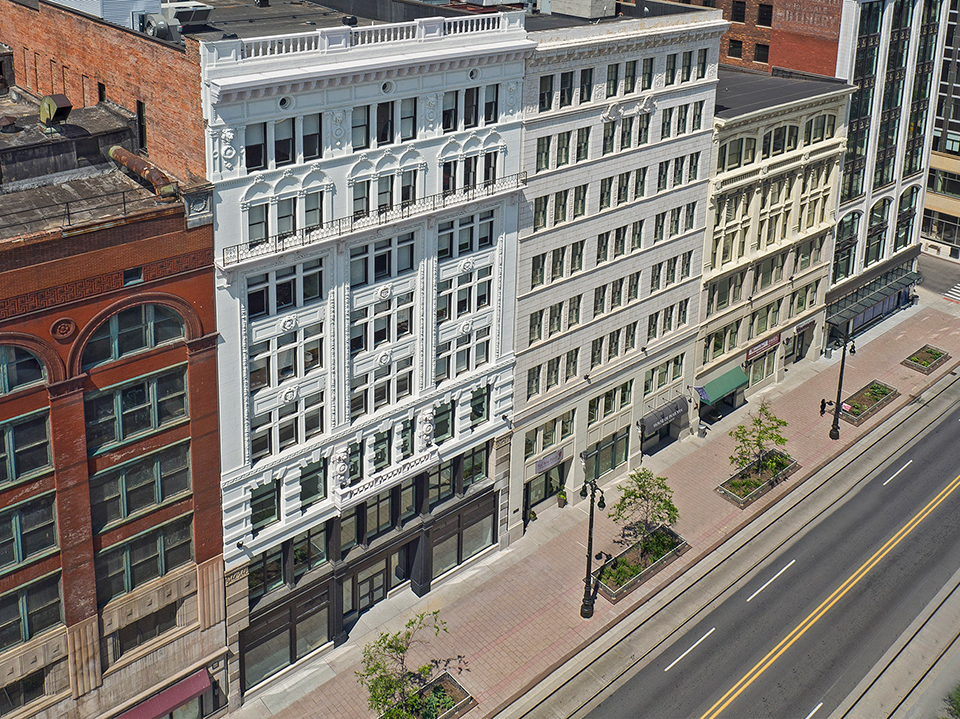 6 Salon is opening its first location downtown in a Bedrock-owned Lofts at Merchants Row building at 1441 Woodward Avenue. It will be the boutique salon’s third locations, with others in Royal Oak and Birmingham.

The new 3,900-square-foot space was designed by M1/DTW. Build-out recently began and the salon is expected to open in the fall.

“When I’m out of town and talk about our business, I usually say our salons are in Detroit, understanding that people may not be familiar with Royal Oak or Birmingham,” co-owner George Nikollaj says. “I’m excited to be able to say that we’re in Detroit proper now.”