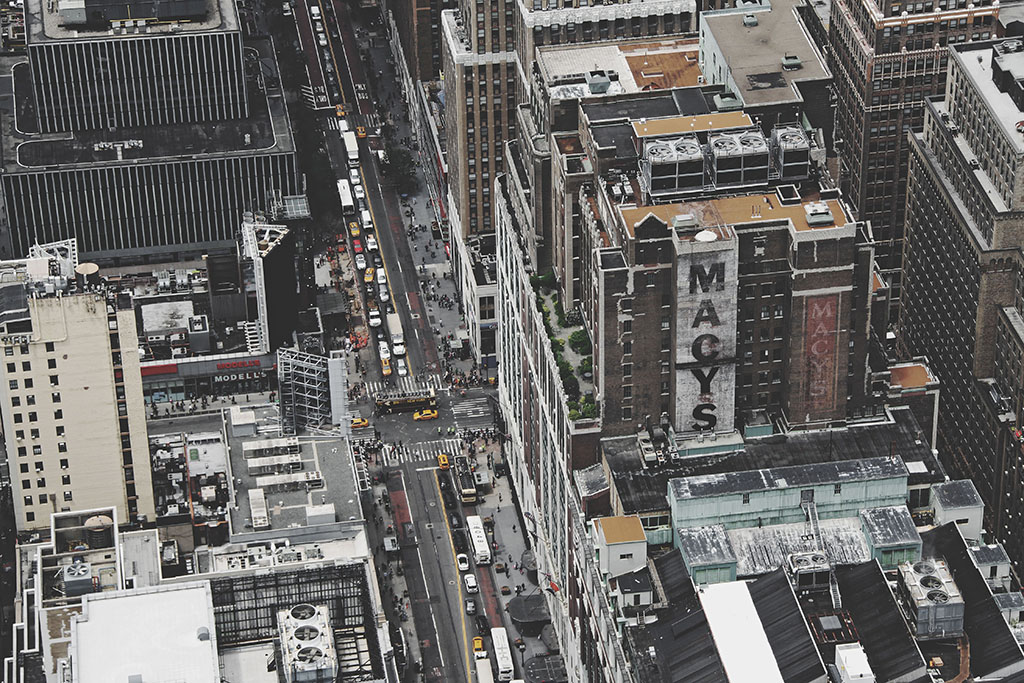 As COVID-19 accelerates the decline of department stores and traditional apparel brands, some New York City landlords and brokers are facing the question of what to do with the cavernous, mostly windowless blocks of space that were once major shopping hubs.

That includes in Midtown South, where big, boxy stalwarts like the old Lord & Taylor flagship and the JCPenney at Manhattan Mall are on their way to second acts.

Those second acts won’t necessarily include retail, either. There are many options for re-adapting these stores, some spurred by the pandemic and others by the habits of New Yorkers, market watchers say.

After filing for bankruptcy, JCPenney decided in July to close its basement store in Vornado Realty Trust’s Manhattan Mall on West 33rd Street, which was formerly the Gimbels department store flagship. JCPenney opened the store in 2009 in an effort to compete with Macy’s Herald Square flagship nearby. But the dark, subterranean store never had the selection or the charm of Macy’s landmarked outpost at the high-profile corner of West 34th Street and Broadway.

The Texas-based, JCPenney department store chain occupied 150,000 square feet of underground, windowless real estate. Vornado has to decide how to price the space — which will rent for significantly less than a ground-floor store on 33rd or 34th streets — and what kind of tenants would want it.

“You’ll never see a big-box space priced like a 2,000- to 3,000-square-foot, ground-level space across the street,” CBRE retail broker Michael Kadosh said. “I’m not putting an $800 [per-square-foot] price tag into a Manhattan Mall JCPenney of that size.”

It could be converted to office space, either for medical tenants or a large institutional user, such as the Department of Motor Vehicles. Concierge medical services and walk-in clinics have been expanding throughout the city during the pandemic, as they offer a new service that most New Yorkers can’t live without: COVID-19 testing.

“We’re marketing two big retail spaces on the Upper East and Upper West Sides, and many of the bidders are medical,” Patrick Smith, a retail broker at JLL, said. Smith pointed out that Vornado could end up demolishing Manhattan Mall entirely if the developer moves forward with its proposal to build a 2.8 million-square-foot office tower on the site of the adjacent Hotel Pennsylvania.

Macy’s too has floated plans for a major adaptive reuse project of its flagship store, which would involve constructing a 1.5 million-square-foot office tower atop its block-long building on Herald Square.

The former JCPenney space could also become a Whole Foods or a food hall. Vornado already shuttered the Pennsy Food Hall down the block earlier this year as it started to renovate 2 Penn Plaza.

There’s also the possibility that another large retailer could take it over. A handful of companies have done brisk online business, because they sell items Americans have needed in quarantine, like furniture, electronics or outdoor gear. So, it could become a Herald Square location for REI, Best Buy or Ikea.

Plus, many national retailers have started doing e-commerce distribution out of their stores, especially in major metropolitan areas like New York. A larger footprint at a somewhat affordable rent allows retailers to cut their costs by delivering locally within the five boroughs, Kadosh said, rather than paying for warehouse space in New Jersey and last-mile delivery service.

Even fitness tenants are on the hunt for new locations. Although it’s hard now to imagine gyms and boutique class providers reopening at full capacity, some companies are thinking a year or two ahead.

“This is an opportunistic time,” Kadosh said. “With the time it takes to actually transact and build, that’s a 12- to 18-month process. You can’t just wait until [COVID-19] is behind us. You want to be ready, and you want to do as much as you can as long as there’s a pause. Think about if we have a vaccine in the spring. It may take some time for people to feel comfortable going back to in-person classes.”

What about in-person office work?

The most notable department store revamp in, not only Midtown South, but the entire city is Amazon’s plan for the old Lord & Taylor flagship at 424-434 Fifth Avenue. The store shuttered in early 2019, and embattled coworking provider WeWork purchased it and its building for $850 million with plans to turn it into a flex space hub.

Those plans, ultimately, fell through; then Amazon swooped in with a $978 million purchase. The e-commerce company announced in August that it planned to eventually house some 2,000 employees at the building.

The decline of retail giants in other parts of the city offers examples for what might happen in Midtown South.

Longtime New York City department store Century 21 will permanently shutter all 13 of its locations at the end of November, after filing for bankruptcy last month. These include the discount chain’s 220,000-square-foot, seven-story flagship at 22 Cortlandt Street in the Financial District, as well as outposts in Bay Ridge, Downtown Brooklyn and the Upper West Side.

The upper floors of its Financial District space may be challenging to lease, but they could attract medical and institutional tenants looking for deals, or even another big-box retailer.

“Those spaces can be broken up,” Karen Bellantoni, a retail broker at Newmark Knight Frank, said. “It could become a branch of NYU Langone [Health], a Northwell [Health], maybe a charter school. There’s guys like Target that could come in and take these spaces.”

High-end retailers have been vacating big blocks of space, too. Over the summer, Neiman Marcus announced that it would permanently shutter its newly constructed store in the Shops at Hudson Yards. It signed a 50-year lease for the 188,000-square-foot space back in 2014 and will close its doors for good in November after less than two years in business.

Hudson Yards developer Related Companies has begun marketing the department store as part of a 350,000-square-foot “campus for innovation” for office tenants. Facebook is reportedly eyeing it as an addition to its 1.5 million-square-foot office in Hudson Yards, which is currently under construction.

In general, the city’s falling retail rents and proliferating vacant storefronts create opportunities for brands that didn’t have a brick-and-mortar presence here pre-pandemic. That includes established retailers who may want to open their first New York City store and direct-to-consumer brands looking to jump to traditional stores.

“We did a portfolio review of a large, top 25 retailer this week, who said, ‘We think there’s opportunity in New York City; we’ve always been afraid [before],’” said Smith of JLL. “And the e-commerce brands are acknowledging that they need physical stores.”