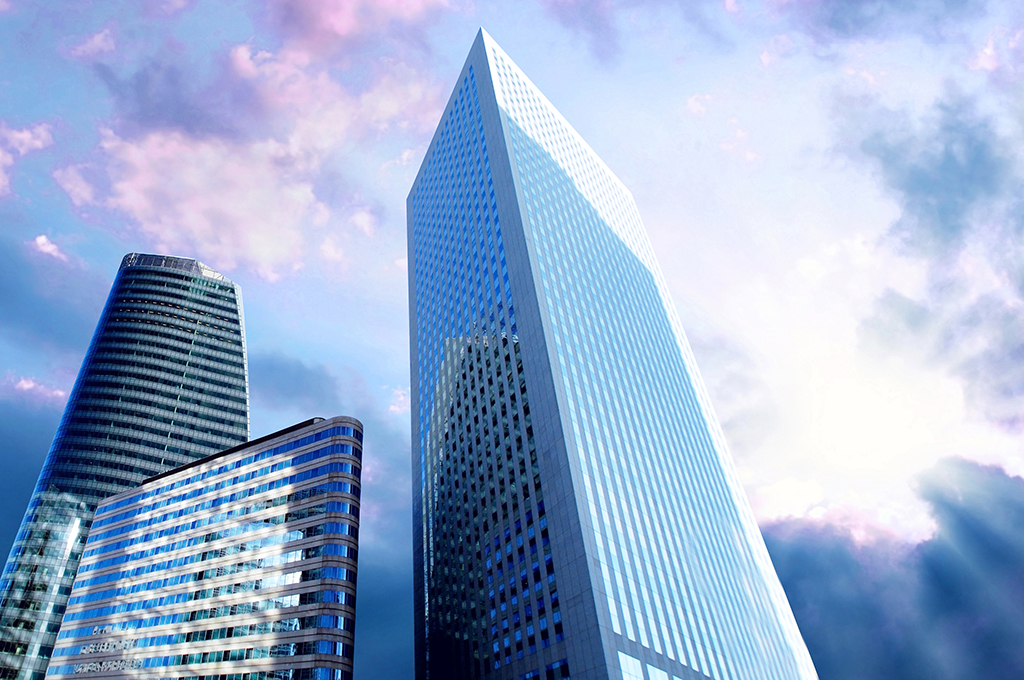 Office buildings constructed in the 1980s are facing the biggest challenge from the newer properties coming on the market today, but can also best withstand the competition if they are properly renovated, according to industry experts.

In gateway cities around the country, including Boston, Los Angeles and Chicago, the story appears to be similar to the one playing out in Manhattan’s Hudson Yards, according to Tim Johnson, partner at NBBJ, a global architecture firm. The 1980s saw the biggest office construction boom before the current one. “A lot of those buildings were designed… in this post-modern style. The [materials], design aesthetic are some things that aren’t really attractive today,” Johnson says.

The existing stock of U.S. office buildings can be separated into four categories—those built in the roaring 20s, the 1950s late modern era, the 1980s post-modern era and the present era, according to Johnson.

The newer office buildings coming on-line are attracting tenants with their open floor plans, ample meeting spaces and food and beverage amenities such as coffee bards. But 1980s era buildings with a “more advantageous location can challenge a newer building by modernizing [their] space, layout and amenities,” according to Matthew Schreck, senior quantitative strategist with real estate online marketplace Ten-X Commercial.

“A key for competitively renovating and retrofitting older office buildings is space efficiency. Older buildings often have space dedicated to now obsolete uses like libraries, document storage or inefficient layouts,” says Schreck. “Not all tenants will be looking for open office layouts, but they’ll want to be taking advantage of all the square footage they’re paying for.”

This density means modern buildings are designed to accommodate more people, with more toilets and elevators, to go along with more open floor plans.

A renovation project, on the other hand, usually takes around six months to two years, depending on the size of the undertaking, Johnson notes.

“I’d say general life expectancy [of a building before it needs renewals] in today’s world is about 30 years, and I’d say the trends are happening a little bit quicker than that, just because of technology and demographic change,” he says. “To keep attracting the rents is really crucial, and so, if you don’t make those investments, your rent rates will go down, or your vacancy rates will go up.”

But even if U.S. economic growth stagnates, the rate of office building renovations will likely increase for two reasons, according to Johnson. First, landlords look to increase their property’s value during a market downturn so when the market does come around, the asset is ready for absorption. Second, the price of renovating an asset is cheaper than building a new project from scratch.

“Renewal projects are already growing in number as outdated or under-utilized spaces are updated to meet the current demands of the market,” says Schreck. “This is something we do expect to see more of as outdated industrial spaces, suburban office buildings and dead malls, in particular, are redeveloped for more in-demand uses like mixed-use developments, hotels and experiential retail spaces.”