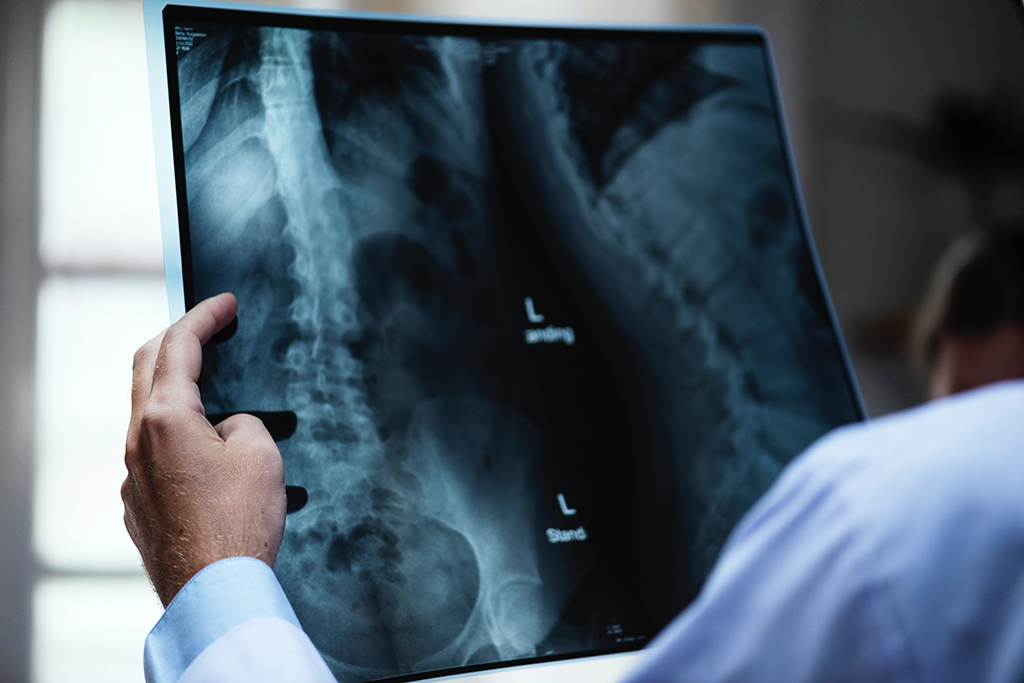 Last Spring, construction began on a 16-story, 151-room tower at 139 East 56th Street in New York, which when completed in early 2020 will be Midtown Manhattan’s first purpose-built assisted living and memory care community.

The building—designed by SLCE and Champalimaud, and managed by Sunrise Senior Living—will offer “robust” telehealth services, says Mark Shaver, Senior Vice President-Strategy for Welltower, a leading healthcare REIT that with the real-estate firm Hines is the developer on this project.

“Our communities are proxies to [the patient’s] home, and the 56th Street facility will be the most technologically advanced, with full telemedicine systems so patients can receive care in their rooms,” says Shaver. “This is the future for us.”

Telehealth, which connects clinicians with patients in their homes through mobile devices, and telemedicine, which connects primary care or emergency department clinicians to medical specialists via technology to coordinate patient care, are bringing healthcare closer to where patients live.

At least half of all U.S. hospitals have telehealth or telemedicine programs. Studies have found that a sizable majority of patients doesn’t object to a telehealth option for interacting with caregivers. That’s good news for a medical profession that could face a shortfall of between 42,600 and 121,300 physicians by 2030, according to a recent study prepared for the Association of American Medical Colleges.

While there’s skepticism in some quarters about the extent that the telehealth movement is reducing the need for more medical centers or clinics, there’s evidence that it is helping to lower individuals’ healthcare expenses. For example, last year the University of California at Davis School of Medicine released a study that analyzed data on 19,426 patients over an 18-year period (July 1996 through December 2013). It found that telemedicine visits saved those patients the equivalent of nine years of travel time, five million miles, and $3 million in cost.

Telemedicine “is changing how services are accessed, and is providing access to a larger number of people,” observes James Crispano, Gensler’s Director of Health and Wellness. “The integration of telemedicine is largely in the development of a technology infrastructure that supports open access by all users, including patients and medical staff. Telemedicine should be seen as a portal to [provider] systems.”

A recent research letter posted by the Journal of American Medical Association (JAMA), based on an analysis of enrollee records from one large national health plan, concluded that while access to physicians via telehealth is still “uncommon” in the United States, consumer demand is increasing. Michael Barnett, M.D., an assistant professor at Harvard’s T.H. Chan School of Public Health and one of the letter’s authors, believes that telemedicine technology will be ubiquitous within the next decade, if current trends continue.

In light of such trends and conclusions, the medical profession and guidelines organizations are taking a closer look at how space for telehealth services should be designed and equipped for the best patient care and operational efficiency.

What can be “virtualized?”

This year, Avera Health celebrated the 25th anniversary of its launching of Avera eCARE, a business-to-business telehealth model that connects 400 healthcare sites across 17 states. During a typical month, Avera eCARE serves more than 18,000 patients and saves more than $4.7 million in healthcare costs, according to Deanna Larson, Avera eCARE’s CEO.

“What I always talk about is that when you’re considering a bricks and mortar facility, ask yourself what can be done virtually or with eCARE?” Larson tells BD+C.

Richard Molseed, Executive Vice President for Avera Health, notes that his system “is learning everyday about the eHealth environment.” Now, when Avera Health sets up clinics and EDs, “the first thing we place are the cameras, controls, and monitors.” Telehealth, he says, “has changed the way we practice.”

Avera eCARE has piloted a program that remotely monitors glucose levels of expectant mothers for gestational diabetes. It has expanded nursing services in schools in North and South Dakota by placing telehealth carts with specialized equipment like otoscopes and stethoscopes. It has also set up telehealth kiosks in Hy-Vee grocery stores, from which remote doctors can write prescriptions, and perform blood tests, and test patients for strep and flu.

In 2016, New York-Presbyterian launched NYP OnDemand, a suite of digital health services for such things as second opinions, consultations, follow-ups and urgent care, all available through an online portal.

“It’s meant to provide real-time video conferencing to reduce the need for ED visits, and to free up EDs for higher-need patients,” explains Shauna Coyne, the hospital’s Director of IT Innovation. There are now more than 50 telehealth programs within NYP OnDemand, and as of October 2018 the hospital had more than 60,000 online encounters between patients and remote physicians and other caregivers.

The hospital’s telehealth services include a telepsych initiative with Columbia University and Weill Cornell Medicine, which provides immediate care and limits a patient’s needing to stay overnight in a hospital. (The JAMA letter mentioned above points out that telemental health grew 56% annually to 57,095 visits in 2017 for the enrollees it tracked.)

New York-Presbyterian has set up telehealth kiosks in eight Walgreens pharmacies in New York City, and is piloting a program that allows professionals to monitor patients with Type 2 diabetes from their homes. The hospital’s mobile stroke units are equipped with CT scanners and video capability to connect with a remote neurologist who can monitor the patient’s symptoms and in-field treatment.

While telehealth isn’t leading to a reduction in ED physical space as yet, Coyne says it is making EDs more efficient by treating low-acuity patients at home through an urgent-care app or a drug-store kiosk. For patients who come to an ED, “we are reducing the time-to-provider and discharge times.”

As for the future of telehealth, Coyne expects more hospitals sending patients home with monitoring devices that allow healthcare professionals to track their recovery or status.

In October 2015, Mercy Virtual Care Center opened in Chesterfield, Mo. The four-story, 125,000-sf facility, which could draw from Mercy’s network of 43 hospitals in five states, almost immediately became the poster child for where telehealth could be headed in terms of integrating virtual services into a continuum of healthcare, and identifying more accessible and affordable care opportunities.

While Mercy Virtual’s size and magnitude—it includes an education center and think tank—haven’t been duplicated, more telehealth centers have been springing up. Coyne notes that New York-Presbyterian has a clinical care center on 60th Street and York Avenue in New York that’s completely virtual.  And Avera eCARE’s 34,000-sf hub in Sioux Falls, S.D., provides nine (soon to be 11) virtual clinical services that include neurology, and planning for treatments such as radiology or oncology, says Larson. Avera eCARE also operates satellite telehealth centers in San Antonio, Michigan, and New Hampshire that, says Larson, are under pressure from increasing demand.

Also emerging is a consensus for what facilities need in order to offer telehealth services. Welltower’s Shaver, for one, says any telehealth center must start with strong and reliable WiFi connectivity.

In a piece she wrote for Medical Design + Construction magazine last February, Tama Duffy Day, FACHE, FASID, FIIDA, LEED BD+C, a Gensler Principal who runs the firm’s Health and Wellness practice in Washington D.C., explained that telemedicine’s game-changing trajectory hinges on how well it enables “genuine human connections” between practitioners and patients. Those interactions depend on such things as visual and aural privacy, workstations with movable screens, cameras that facilitate face-to-face contact, and lighting that minimizes shadows and glare.

The Facilities Guidelines Institute’s 2018 Guidelines for Design and Construction of telemedicine facilities strikes a balance between the physical and virtual by establishing requirements for the size of telemedicine spaces, as well as for their privacy, acoustics, lighting, interior surfaces, site identification, and equipment storage. “Spaces for telemedicine communications should strive to maintain the level of safety, privacy, quality of care, and patient experience that would be expected for communication when it takes place in person,” wrote Ellen Taylor, AIA, EDAC, the Institute’s Vice President of Research, in an article about the new guidelines for Health Facilities Management magazine.

The Department of Veterans Affairs’ Virtual Integrated Multistate Patient Alliance Care Team (V-PACT) program currently serves 85 VA sites around the country that, for whatever reason, don’t have primary care providers or clinicians available. Matthew Rogers, the Clinical Operations Director of this program, says it will send in a virtual team that includes a physician, a pharmacist, and neurologists who provide care for a year remotely from V-PACT’s 15,000-sf hub in Boise, Idaho.

The VA’s telehealth program is organized in a hub-and-spoke arrangement, with 11 hubs combined with physical locations within VA campuses, and some staff who work at home. The VA’s healthcare system is divided into 18 Veteran Integrated Service Networks (VISNs), 10 of which currently are supported by telehealth hubs. Rogers says the goal is to support all VISNs with hubs.

To that end, the VA is in the process of developing a design guide for its telehealth facilities, starting with the Boise hub, which when completed with have at least 70 people on staff, with plans to double that number eventually.

The one thing that Rogers laments is that adoption of telehealth within the VA’s healthcare system has been slow, and that veterans in many parts of the country must still travel long distances to receive healthcare.

Insurance reimbursement is key to expansion

Telehealth is estimated as a $4.5 billion industry. Its growth is contingent, in part, on the extent that insurance covers care. Nearly all states require insurers to provide telehealth coverage. But Larson of Avera eCARE notes that reimbursement from third-party payers is still subject to negotiation some states, and that Medicare only pays for telehealth in rural geographies.

As consumer demand expands, though, insurers’ resistance is likely to soften, especially in states like Ohio, where in late November the health committee of its House of Representatives approved a bill that prohibits healthcare benefits from treating telemedicine services differently from in-person healthcare. That bill has bipartisan support and was likely to be passed by the full House, according to spokesman for Rep. Thomas Patton, the bill’s sponsor.

“Insurance payors are starting to recognize [telehealth] as a cost effective [way] to have earlier intervention,” says Larson.