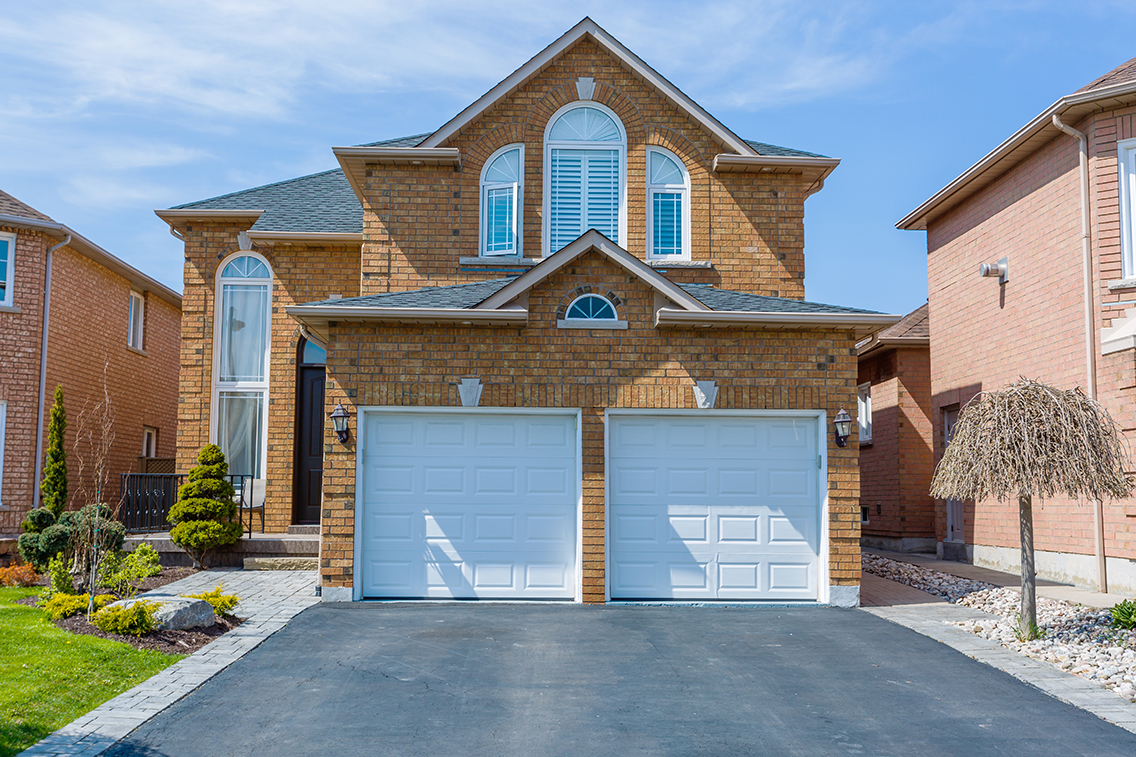 This Raleigh, N.C., suburb was declared the best place to live in America by a national magazine in 2015, around the time Lindsay and Terry Mahaffey were drawn by its schools, affordable housing and quaint downtown.

The couple found a sprawling five-bedroom house next to a horse farm for $782,000, half the cost they would have paid in the Seattle suburb they left behind.

Many other families had the same idea. Apex, nicknamed the Millennial Mayberry, is the fastest-growing suburb in the U.S., according to Realtor.com, and the town is struggling to keep pace with all the newcomers.

When Mr. and Mrs. Mahaffey took their eldest daughter for the first day of kindergarten, school officials told them they didn’t have a seat. Too many kids, they said. On weekends, the family thinks twice about going downtown—not enough parking. And the horse farm next door was sold for a subdivision.

The couple, like generations before them, soon took an active role in trying to shape their new hometown.

In an echo of the postwar baby boom, many U.S. suburbs are again suffering growing pains: not enough schools, too much traffic for two-lane roads, and scenic farmland plowed under for housing tracts.

After several years of surging urban growth, Apex and suburbs like it now account for 14 of the 15 fastest-growing U.S. cities with populations over 50,000, according to the census.

Millennials priced out of popular big cities are flocking to Frisco, Texas, Nolensville, Tenn., Lakewood Ranch, Fla. and Scottdale, Ga.—not exactly household names but among the fastest-growing destinations in the U.S.

Millennials, the generation now ages 23 to 38, are no longer as rooted as they were after the economic downturn. Many are belatedly getting married and heading to the suburbs, just as their parents and grandparents did.

What is different from the postwar boom of 1950s and 1960s is that growth is far more selective—limited to suburbs blessed by good weather and good jobs, largely in the Sunbelt, where they are growing more than twice as fast as their neighboring cities, Mr. Frey said.

Nearly all the hot suburban locales have the good fortune to be a commute away from thriving cities or outposts of successful corporate businesses.

That means for every Apex, there is a Shaker Heights, Ohio, which is shrinking along with Cleveland’s manufacturing-based economy. For every Huntersville and Cornelius, two booming suburbs outside Charlotte, N.C., there is a Glendale, Mo., which is hobbled by the loss of such St. Louis corporate anchors as Anheuser-Busch. For every Kissimmee, Fla., outside Orlando, there’s an Evanston, Ill., which is shedding population in tandem with Chicago.

In the early 2010s, after the financial crisis walloped the housing market, average growth rates in cities with populations greater than 250,000 outpaced the suburbs. But over the past five years, the average annual growth in America’s big cities has slowed by 40%, to 0.69%, according to census estimates.

Apex officials are learning what happens when too many people share the same dream. The town has grown 54% since 2010 to 57,000 people, officials estimate, and could top 100,000 in a decade. More than 11,000 new houses are either planned or under construction.

The flow of newcomers has outstripped the ability of Apex to accommodate them, triggering tax increases and traffic jams. Schools stagger start times from 7:10 a.m. to 9:15 a.m., to give time for buses to ferry all the students.

“It’s great that people want to move here,” said Ms. Mahaffey, 36 years old. “We’ve just got to do it in a way that eases the frustration.”

The suburban areas surrounding the 50 largest metropolitan areas make up 79% of the population of those areas, according to a 2016 study by the Urban Land Institute’s Terwilliger Center for Housing.

The financial crisis and subsequent recession stalled suburban growth, but that may prove to be just a bump in the road. The shortage of affordable housing in and around big cities is driving some people to fast-growing suburbs.

In Apex, about 15 miles from Raleigh, the trouble is finding space for everyone. New schools are over capacity on the day they open. Families who arrive after a campus is full must send their children by bus to schools farther away.

Traffic jams belie the town motto: “The peak of good living.” Narrow roads fill with commuters headed to tech jobs at Cisco Systems and IBM in the nearby Research Triangle Park, or to Epic Games, the maker of Fortnite, in neighboring Cary, N.C. Others make the drive to Citrix and Red Hat in downtown Raleigh. Evening commutes are just as bad.

Tana Malerba moved from Long Island in New York 20 years ago to get away from congestion. These days, she waits an hour to leave her office in Raleigh because of traffic. If she leaves at 6:30 p.m., she gets home around the same time as leaving at 5:30 p.m. “Long term, we’re not going to stay,” she said. “It’s like being back in New York.”

The state Department of Transportation said it needed to delay many road-widening projects because of escalating land costs and a long priority list. The project at the top of the list in Apex likely won’t start work until 2024 or later.

“Everybody says the same thing,” said Apex Mayor Lance Olive, who grew up in town. “‘I love it here, but I can’t turn left out of my neighborhood.’”

Mr. Olive, 55, a Republican who was elected mayor in 2015 and runs a circuit-board design business, said growth has become the only political issue in Apex. The town council feels pressure from some residents and political challengers to better manage local development.

Unlike such fast-growing states as Florida, North Carolina doesn’t typically have fees that require new housing projects to offset the increased costs for schools and other public services. In Apex, the Wake County Public School System operates independently of the town.

That means the town council doesn’t take into account local school capacity when reviewing new housing proposals. The school system solicits planning data each year from area municipalities to update its own plans for new schools.

To add available seats, a fifth of the schools in the Wake County school system operate on a year-round calendar.

In 2016, a year after Ms. Mahaffey and her family moved to Apex, she won a seat on the Wake County school board. She has since pushed to speed up school construction in Apex and neighboring suburbs.

Ms. Mahaffey also sought better pay for school-bus drivers to alleviate a shortage. She encouraged her mother-in-law, who moved to Apex from Buffalo, N.Y., to drive a bus.

Mr. Mahaffey, a 39-year-old Microsoft software engineer, is a regular at planning-board meetings and created the Facebook page, Citizens for the Responsible Growth of Apex. He believes the town should designate land for new schools in its long-range plan before all the large parcels are taken.

Apex was originally a water stop for steam trains headed east toward Raleigh. It was incorporated in 1873 with roughly 200 people. By the town’s centennial, the population had reached 2,200, many of them tobacco farmers.

Mayor Olive recalled joining a dozen kids on bikes in the 1973 Fourth of July parade. He knew all of them. Last summer, he stopped counting at 400 children, he said: “I couldn’t believe it. It was 2½ blocks of bicycles to ride the two blocks.”

Apex began to add people leaving Raleigh in the 1990s. A decade ago, it was largely shielded from the economic downturn by the region’s employment base in state government, nearby universities and the 50,000 tech jobs at Research Triangle Park, among the largest research office parks in the U.S.

The town’s population boom coincided with two events. In 2012, the state Transportation Department opened North Carolina’s first toll road. For $3, commuters could slash their drive time from Apex to the Research Triangle Park on a new six-lane freeway. And in 2015, Apex was named America’s best place to live by Money magazine.

Median household income these days is $100,000, twice that of North Carolina’s. More than 61% of the Apex population has a bachelor’s degree or higher, twice the state average.

Janett and Vincent Cueto moved here with their two daughters from Miami Beach in June 2016. They said they were charmed by the town’s small-town feel while visiting friends at Thanksgiving.

The Cuetos, who were both Wake County schoolteachers, had different work times and so did their daughters because of the district’s staggered school schedules. That led to a chaotic regimen of carpools and before-and-after-school care. Planning family vacations was impossible.

The couple got the idea to open a day camp for students on break from year-round schools. They rented a 4,000 square-foot space in a little-used office building on the outskirts of downtown. Their first classes for middle-school students began in late June.

“We’ve been able to make our dreams come true, and that would have never happened in Miami,” said Mr. Cueto, 41.

Father Donald Staib began his work in 1961, when it was common for a priest to drive from Raleigh to Apex to administer Holy Communion to the town’s handful of Catholics. There are now three Catholic churches in Apex, including his own, St. Mary Magdalene, which hosts more than 2,000 people for weekend services.

The congregation is dominated by young families, Fr. Staib said. The number of older adults is growing with the addition of grandparents who followed their grown children to Apex from the Midwest and Northeast.

Fr. Staib feels a little guilty about the pace of growth in Apex, he said, when churches struggle in places like his hometown of Williamsport, Penn.

For his parish’s new $14 million sanctuary, it moved eight stained-glass window panels from two closed churches in upstate New York. “I didn’t do anything to get this,” Fr. Staib said. “It’s demographics.”