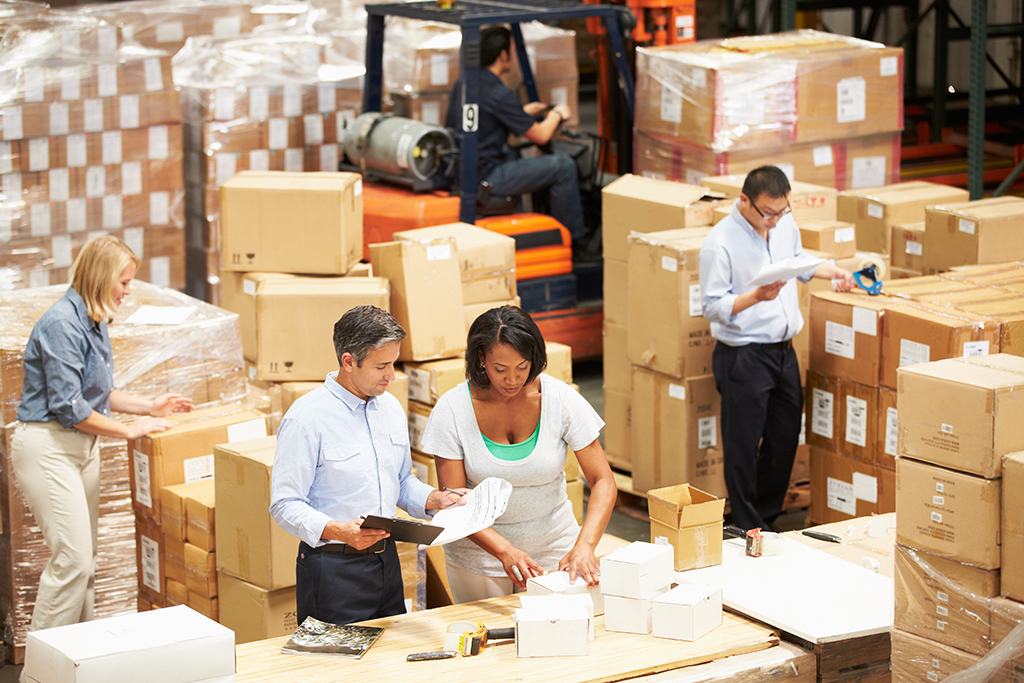 Factories in the U.S. are churning through their inventories, as logistical problems keep some manufacturers from restocking rapidly enough to keep up with rising demand.

American factories’ sales rose 8% in September from the prior year, while their inventories grew just 5% during the same period, according to fresh data from the Commerce Department.

While the sales increase bodes well for economic growth, some analysts worry about the challenges some factory owners face in restocking fast enough to keep up.

U.S. economic output rose in the second and third quarters at the fastest annual rates in nearly four years, fueling robust demand for manufactured products. Global economic growth also helped propel sales of American-made goods, though some of the world’s major economies have showed signs of slowing in the third quarter.

However, a truck driver shortage in the U.S. has delayed shipments and pushed up delivery costs, making it difficult for some factory owners to keep themselves comfortably stocked.

At the same time, the Trump administration’s early-2018 tariffs and counter-tariffs by foreign countries are putting pressure on inventories of some products. The administration has imposed tariffs on half the $500 billion in Chinese goodsimported annually, and on steel and aluminum from around the world, while threatening to do the same on cars.

This has caused purchasers of affected products to step up their orders to try to get ahead of price increases, drawing on inventories.

“The tariffs have caused a mass rush to buy up inventories of affected products in order to minimize the long-term financial impact,” a computer and electronic products manufacturer told the Institute for Supply Management. “This, in turn, is causing market constraints, which further drive up the cost and increase lead times.”

Additionally, Tim Fiore, head of the ISM survey, said manufacturers’ inventories often fall as they close a quarter, which could explain part of September’s decline.

Determining whether inventories are at a healthy level is tricky. A high level of inventories can imply factory owners are ramping up production as they anticipate rising demand for their products, or it can mean demand unexpectedly flagged.

Some factory owners are responding to the disruptions. Manufacturers in the Cleveland area reported they have “increased their capital expenditures to keep up with customer demand and to fill supply chain gaps,” according to a report released by the Federal Reserve late last month.