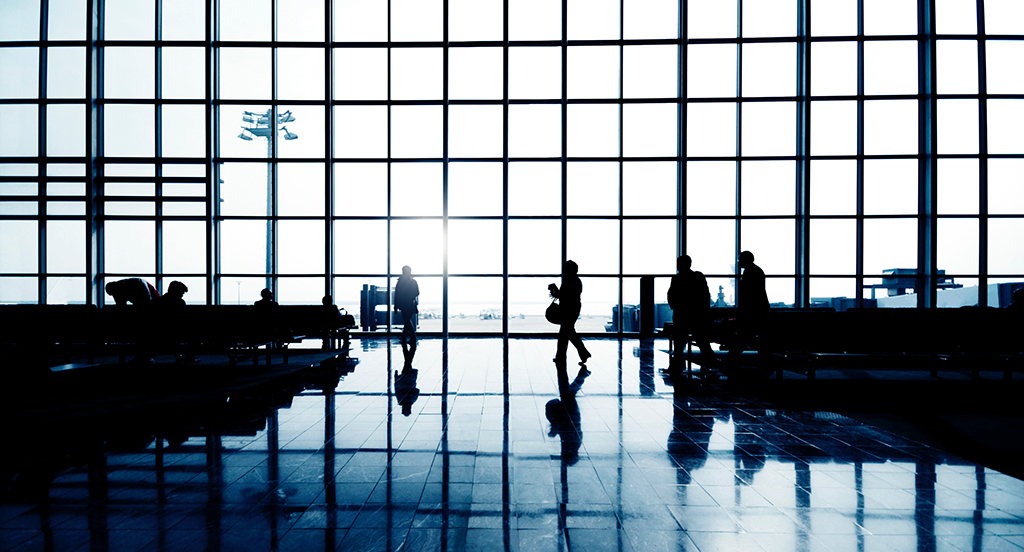 Meet the trendiest social media stars of the Big Apple: the bathrooms at a new concourse at LaGuardia Airport.

Gleaming, spacious and well-designed restrooms at the airport synonymous with grime, leaks and lines have travelers snapping sink selfies and tweeting delight instead of derision. After all, what’s more important at an airport than the bathrooms?

“Looking good #LGA new terminal B…thrilled about the bathrooms with 20 stalls!!!” Mary Wolfe of Pittsburg, Kan., tweeted on her first trip through the new concourse, which opened Dec. 1.

Ms. Wolfe says she was shocked when she entered one of the new bathrooms in Concourse B. “It made a huge positive impression on me,” she says. That concourse houses flights for Southwest, Air Canada and American and will add United flights this summer. Fliers on other airlines will also benefit as more gates open.

Bathrooms are often the first stop at an airport for passengers. Airports say clean, uncrowded facilities that are easy to find are actually a huge factor in how well-liked an airport is, and even in whether travelers will purchase food or shop at airport stores. Bathrooms—clean or dirty—often end up in social media, too.

“Who talked about airport restrooms a decade, especially two decades ago? They were kind of a utility, typically behind a wall, always undersized. They almost looked used the first week they were opened,” says George Casey, chief executive of Vantage Airport Group, a Vancouver, British Columbia, company that has helped manage or operate terminals in more than 30 airports world-wide.

Now bathroom feedback is instant, widespread and effective, and restrooms have become key satisfaction drivers. “People say, If you can’t get the restroom right, what do I need to think about for the rest of my experience?” Mr. Casey says.

Money is pouring into sinks and toilets, beyond those happy-face/sad-face satisfaction voting machines so many airports have installed.

In Atlanta, sensors installed in paper-towel, toilet-tissue, sanitizer dispensers and plumbing fixtures alert custodians through an app to outages, leaks and overflows. Los Angeles International and Atlanta have both installed some Tooshlights—red and green lights, similar to parking-garage technology, that show whether a stall is available or occupied without having to push on or peer under the door.

Detroit invested in a restroom-analytics system that tracks passenger use as well as time and duration of attendant services. It uses real-time arrival and departure data to predict bathroom traffic, especially useful when storms delay flights.

“One of the biggest issues for airports is cleanliness of bathrooms. If you’re operating over capacity, it’s a real challenge,” says Phillip Brown, executive director of the Greater Orlando Aviation Authority.

Much-detested LaGuardia is working on a near-complete rebuild. The central terminal, called Terminal B, is being torn down piece-by-piece to make room for new construction, a process that will stretch out to 2022. Delta’s terminal is also getting rebuilt as it continues to operate.

Construction has left travelers with numerous headaches and deep disruption, but people keep coming. Final numbers haven’t been tallied, but LaGuardia likely topped a record 30 million passengers in 2018, according to Lysa Scully, the airport’s general manager.

“We were afraid we’d scare people away, but that hasn’t happened,” says Rick Cotton, executive director of the Port Authority of New York and New Jersey, which runs all three major New York airports.

Critics have questioned the lack of additional capacity within the $8 billion LaGuardia rebuild—there’s no plan for a new runway to reduce delays. But when you are delayed, you’ll have more food and retail options, spacious concourses with 55-foot-tall glass walls, seats with power outlets, a play area for children and bathrooms that rival those of four-star hotels.

The Port Authority and its partner in the LaGuardia rebuilding, a private consortium called LaGuardia Gateway Partners that includes Mr. Casey’s Vantage Group, operate both old and new parts of Terminal B. Executives knew bathrooms would be key to changing the airport’s reputation. So they went big, and bold.

For men, the new facility has 15 stalls and 16 urinals in 2,810 square feet, compared with a total of six stalls and six urinals in 536 square feet in the space it replaces. The women’s restroom has 31 stalls, compared with 17 in the old facility, and more than four times the space. The new concourse also will have four new family restrooms for those with small children.

“The Cadillac of airport restrooms,” declared Josh Graven of Louisville, Ky., during a recent sales trip to New York. “I drink a lot to stay hydrated when I travel, so bathrooms are important. This is impressive. Bathrooms across the nation could use this as a good benchmark.”

The design is getting a lot of attention. Instead of a countertop that typically is wet and dirty, trough-style sinks have an outer edge that slopes down toward the drain. There’s a shelf above for bags, but no countertop for puddles.

Chunks of reflective glass are embedded in the floor tile, not only making them sparkle but also making them appear cleaner than they may be. “Drips get masked by the glass, so you don’t see a trail of water someone leaves,” says Derek Thielmann, LaGuardia Gateway Partners project director for design and construction.

Stalls were designed to be easier to use and easier to clean. They’re wider, with an area to store roll-aboard bags and still swing the door open. Hooks for coats, backpacks, purses and carry-on bags are mounted on stall walls, not the back of the door—hanging heavy bags on restroom doors bends them out of alignment over time and makes them harder to close securely.

Toilets are mounted to the wall instead of the floor so cleaners can actually mop underneath them. Stall dividers are hung from the ceiling rather than bolted to the floor—easier to clean the floor that way, and there isn’t hardware to rust on the floor.

And each restroom has two entrances and a partition in the middle. If one part needs to be shut down for maintenance, only half the restroom is blocked off, not the entire facility.