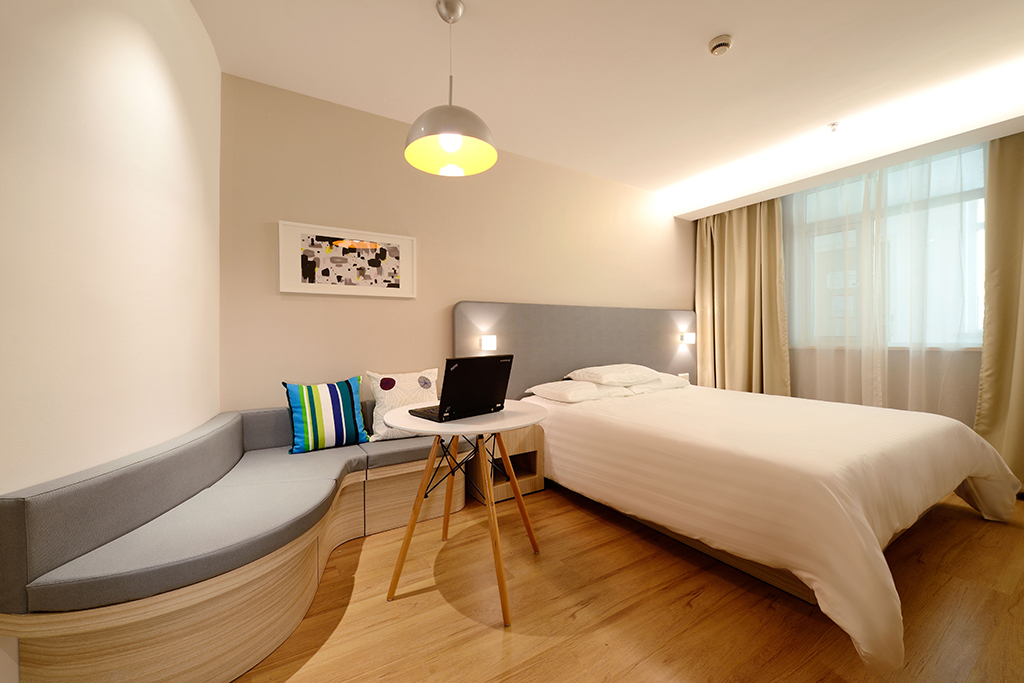 Airbnb Inc. is set to debut another almost-hotel—and, according to its development partner, it has many more to come. The latest project for the Silicon Valley home-rental behemoth is a branded apartment complex in Nashville, Tennessee. The property will be the company’s second announced Airbnb-branded building, and will lease apartments to a hybrid of long-term renters and short-term visitors.

The new project is a takeover of an existing 328-unit building, called the Olmsted, in the SoBro neighborhood of downtown Nashville, a popular tourist destination for music lovers and bachelor parties. Airbnb’s partner Niido purchased the building last week. Under Niido’s new ownership, current residents of The Olmsted will be encouraged to sublet their units to Airbnb travelers for a maximum of 180 days per year. Airbnb and Niido will take 25 percent of the income the residents generate from home-sharing. The two companies will jointly rent a portion of the remaining vacant units through Airbnb’s platform for short-term stays.

The concept, called “Niido Powered by Airbnb,” is part of a larger push by Airbnb to team up with real estate developers and facility managers, a group that has frequently argued that the home-sharing company enables renters to illegally sublet their apartments. In December, Brookfield Property Partners LP agreed to invest as much as $200 million into Niido’s efforts to turn residential apartment buildings into Airbnb-branded complexes.

By the end of 2019, Airbnb and Niido will open as many as 14 Airbnb-branded complexes across the country, said Cindy Diffenderfer, co-founder and chief marketing officer for Niido Powered by Airbnb. “We have a pretty aggressive growth strategy,” Differnderfer said. A representative for Niido said the plans could change. Airbnb declined to comment.

As part of a push to broaden its appeal to more up-scale clientele, Airbnb has added more hotels and hotel-like listings under the label Airbnb Plus. Those sites get regular visits from an inspector to confirm towels are fresh, sheets are matching and that appliances commonly found in hotels, including hair dryers and irons, are stocked. Working in partnership with real estate developers like Niido will help Airbnb offer a more hotel-like experience while operating out of homes and apartments.

Not all residents are thrilled about their new neighbors, however. Earlier this year, Niido and Aibnb revealed a conversion of a 324-unit complex in Kissimmee, Florida. That prompted some residents to claim that they “didn’t agree to live in a hotel.” In Nashville, there was similar surprise after Niido

Powered by Airbnb informed Olmsted residents that their building would become a home-sharing complex late last week. “We’re excited to announce the recent acquisition of your beautiful community,” said a letter sent to residents on behalf of Diffenderfer and her partners at Niido. Residents already living in the building say they had no idea that Niido was taking over their leases or that their building would be turned into a permanent Airbnb complex. A representative for Niido said the real estate company is aware of the pushback and that they’re focused on, “building robust and satisfied communities in Nashville and Kissimmee.”