A Challenge of Rebuilding Notre Dame: The Forests That Supplied Its Wood Are All But Gone - Sachse Construction 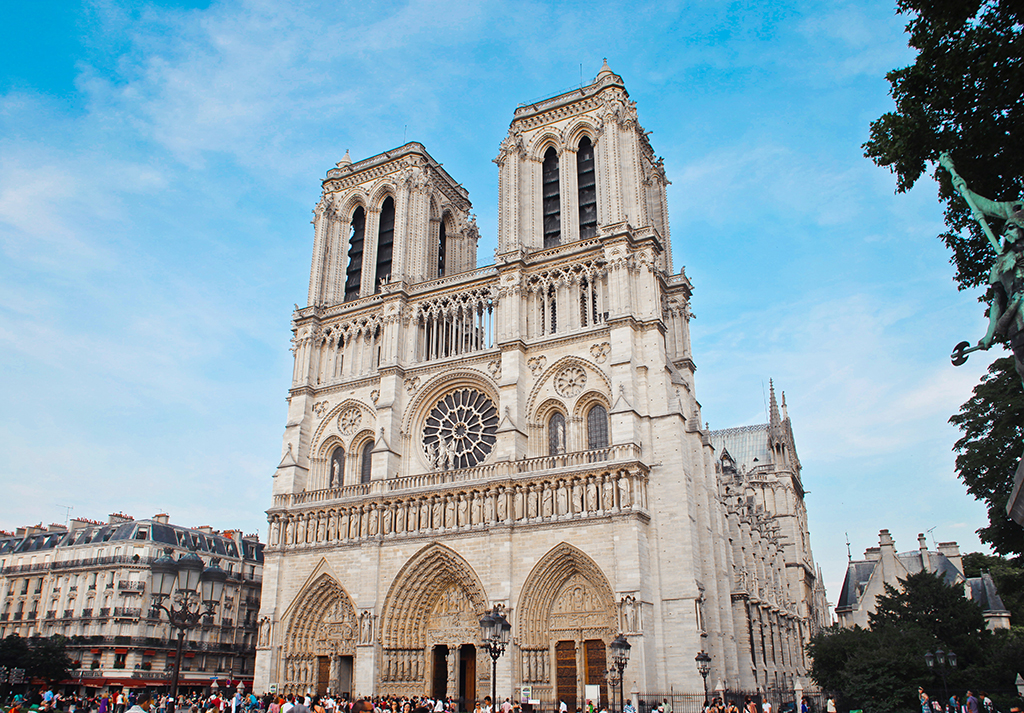 As flames erupted in the attic of Paris’s Notre Dame Cathedral on Monday, some 400 firefighters rushed to save one of Europe’s great historical and architectural symbols.

The blaze, the cause of which remains unknown, raged for 12 hours, toppling Notre Dame’s 13th Century center spire in the process. The Paris Police Force deemed it extinguished on Tuesday morning, noting that the stone structure of the cathedral had been saved.

Even though “the worst has been avoided,” as President Emmanuel Macron said Monday night, early reports of the damage are devastating. They indicate that the cathedral’s roof and the frame that supports it are gone. That will pose a particular challenge to efforts to rebuild the 856-year-old church, which Macron has vowed to do. As the oak frame met its end, so too did remnants of Europe’s dwindling ancient forests.

The wood for the soaring cathedral was first felled around 1160 to 1170, with some of it coming from trees thought to be 300 to 400 years old at the time they were chopped. That puts the oldest timber in the cathedral at nearly 1,300 years old.

Replacing those beams with comparable oak is simply not an option, said Bertrand de Feydeau, vice president of the preservation group Fondation du Patrimoine. Trees that supplied the roof’s frame came from primary forests—forests that are largely untouched by human activity, he said, according to the AP. He surmised that the huge trees associated with primary forests are gone too.

Notre Dame’s official website notes that even in the 12th century, when the cathedral was being built, human activity was already a concern for French forests, with urbanization and land clearing making it difficult to source wood large enough for the design of the cathedral.

Since then, the impact of human activity on primary forests has only become more pronounced.

Only 4% of Europe’s remaining woodland is primary forest, according to a study published last May, with none larger than 500 square kilometers outside of Russia or Northern Europe.

While forest covers nearly a third of mainland France, just 0.01% of it is untouched, containing trees around 200 to 400 years old, said Dr. Francesco Maria Sabatini, a lead author on the study and a researcher at the German Centre for Integrative Biodiversity Research.

“Primary forests are small, fragile and precious for biodiversity,” he said. “They represent ‘pearls’ or ‘islands’ that survived intensive logging thanks to their remoteness or historical accidents.”

Based on the AP’s translation, de Feydeau associated a tree’s size with its primary forest origin. That’s not necessarily accurate, Sabatini said; the oldest trees aren’t always the largest ones when we’re measuring a tree’s age in centuries. It’s borderline impossible to visually tell the difference between a living tree 100 years old and one that’s 400 years old, he said.

“There is very little correlation between size and age,” he said.

Nonetheless, logging of Europe’s ancient forests has not only continued but increased in some areas. Large forests of that kind only exist in remote regions in northern and Eastern Europe, where rising demand for timber has pushed up prices and encouraged logging in more distant areas, with some of it being done illegally.

Ultimately, there is simply no way to replace wood that predates the founding of even medieval France—from ancient forests or otherwise.

“Extracting timber from the last primary remnants means losing also these, and this loss won’t cover up the tragedy of losing Notre Dame,” said Sabatini. “It will simply add up.”

De Feydeau seemed to come to this conclusion too: Notre Dame, he said, will have to rely on new technologies to rebuild.