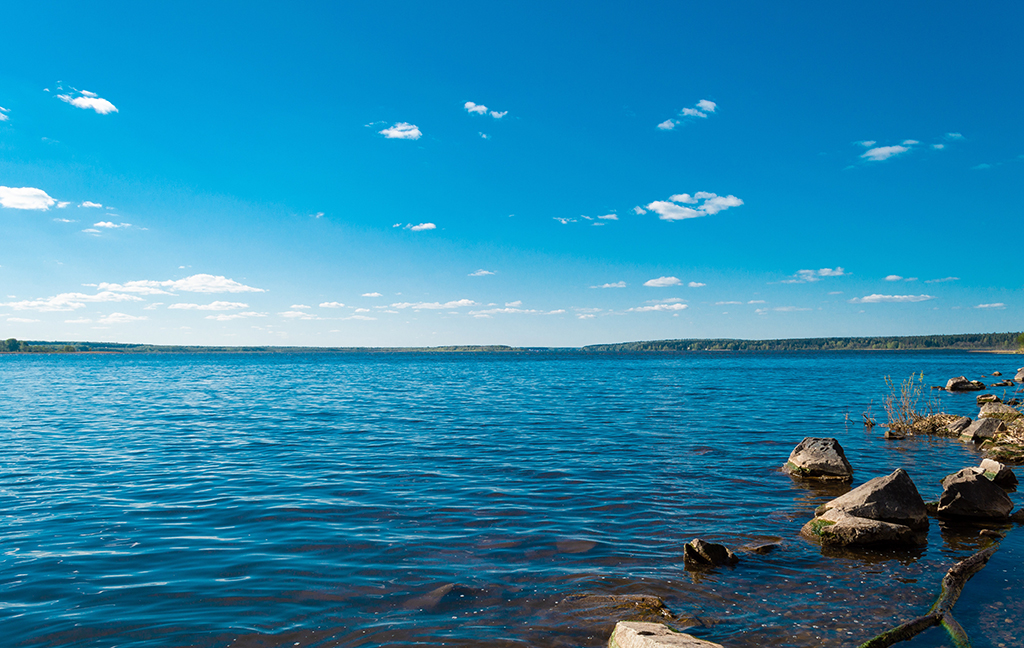 A city’s architecture is like a living, breathing timeline that puts the trends and values of various eras on display.

Even if you don’t have much time on your hands, you can get to know a city simply by taking in its architecture. Whether you take a leisurely stroll through a neighborhood or book a more formal guided tour, you’re bound to learn something new about a community’s history through the lens of its buildings.

While big cities like Chicago and New York might be famous (and rightfully so) for their architecture, nearly every city in the country has insightful physical structures — if you know where to look. Here are a handful of our favorite smaller cities with surprisingly awesome and unique architecture scenes.

Tucked away just off I-94 in central Michigan is Marshall, a veritable hotbed of impressive architecture. We’re not kidding when we say this place should be at the top of your list if you love architecture — and here’s why. There’s a massive National Historic Landmark District located in Marshall that includes more than 785 historically significant buildings. When it achieved landmark status in 1991, the grantors described Marshall as “a virtual encyclopedia of America’s most popular styles” during the 19th and early 20th centuries.

In Marshall, you’ll find block after block of homes and buildings in the styles of Greek Revival, Gothic Revival, Italianate, Italian Villa, Queen Anne, Colonial Revival, beaux-arts Classical and art deco. One of the first architecturally significant buildings you’ll see when you drive through Marshall is the Honolulu House, a home built in 1860 by the former U.S. consul to Hawaii. Today, it’s a museum that lets you explore the blend of Polynesian, Italianate and Gothic Revival architecture.

The architecture in St. Joseph, Mo., reflects the various roles the city played throughout the 19th and 20th centuries. For instance, when St. Joseph became a prominent manufacturing and trade hub in the late 1800s (thanks, in part, to its location along the banks of the Missouri River), many local residents became wealthy and built large homes and mansions. Edmund Eckel, a prominent and prolific St. Joseph architect who studied at the prestigious L’Ecole des beaux-arts in Paris, is credited with designing a majority of the city’s buildings, including St. Joseph City Hall, completed in 1927 in the Italian Renaissance revival style.

Here you’ll find rich examples of Victorian architecture, including Queen Anne, Italianate, Gothic Revivals, Romanesque and other styles. An elaborate beaux-arts-style building now known as “The Dome,” for example, was built in the late 1890s as a church; it’s now a wedding and event venue with a historic flare.

Today, you’ll find employees of Facebook, Google, Apple, Netflix  and other tech giants living in Mountain View, Calif. But believe it or not, there are also some quirky architectural gems in this city with 80,000 residents.

What sets Mountain View apart is the diversity of architectural styles you can see here. The Adobe Building, for example, was built in the Spanish Revival style as part of President Franklin D. Roosevelt’s Works Project Administration during the Great Depression of the 1930s (it’s now an event venue). Mountain View is also home to Hangar One, an absolutely massive steel structure built by the U.S. Navy in the early 1930s that’s now being restored and repurposed by Google. You’ll also find plenty of examples of Mission Revival, Queen Anne, Italianate and craftsman homes in Mountain View’s downtown neighborhoods.

Though it’s now best known for shiplap and other modern design elements popularized by HGTV’s Chip and Joanna Gaines, Waco, Texas, is also home to several models of architectural styles. You can take a self-guided tour of Waco’s historic homes and buildings, thanks to a handy app developed by Baylor University aptly named “Waco History.” Several of the homes have been preserved and turned into museums by the Historic Waco Foundation, so you can go inside and look around.

On your jaunt, you’ll pass by the Rotan-Dossett House, an 1890s mansion that features a blend of Queen Anne, shingle and stick architectural styles, which were a novelty in the south in the 19th century. There’s also the East Terrace House, built in 1874 on the bank of the Brazos River in the Italianate villa style, and the Earle-Napier-Kinnard House, a home that highlights the Greek revival style.

There’s more than Husker football in Lincoln, Neb. — much more. In fact, the state’s capital city offers a window into the past with its many architectural styles on display. When you’ve finished browsing the shops and restaurants in the city’s historic Haymarket District, turn your attention to Lincoln’s architecture.

You’ll find a little bit of everything in this Midwest city with 280,000 residents, from art deco to Neo-Classical revival to Chateauesque. With its symmetrical limestone facade, the Christian Record Building, designed by local architect Felix Lorenz in 1936, shows off the once-popular art deco style. Lincoln’s U.S. post office and courthouse building, built in the late 1870s and later used as city hall, features Gothic revival and French second empire styles. The city’s YWCA building, constructed in the early 1930s, offers an example of Georgian revivalist architecture.

Though Chicago proper has plenty of architecturally significant skyscrapers (which you can view from several fun boat tours on the Chicago River), if you head a few miles west to Oak Park, Ill., you’ll find yourself totally immersed in the world of architect Frank Lloyd Wright.

Here, you can poke around the inside of Wright’s home and studio, where he lived and worked for the first 20 years of his career. Oak Park is also home to the recently restored Unity Temple, the last remaining public building showcasing Wright’s famous prairie style. Additionally, there are more than 20 Wright-designed homes along the tree-lined streets of Oak Park — many of which are now private residences — but you can still politely stand in awe from the sidewalk or view them on a number of guided tours offered by the Frank Lloyd Wright Trust.

Though many people visit Taos, N.M., for the challenging terrain at Taos Ski Valley or the Taos Pueblo World Heritage site, you can also get a thorough history lesson about the American Southwest here. The structures in Taos date back as far as 1350, when the Puebloan people created simple homes and buildings using twigs, mud bricks, adobe, stone and other available materials. Later, Spanish colonists brought their own architectural style to New Mexico featuring large wooden beams that protrude through the exterior walls.