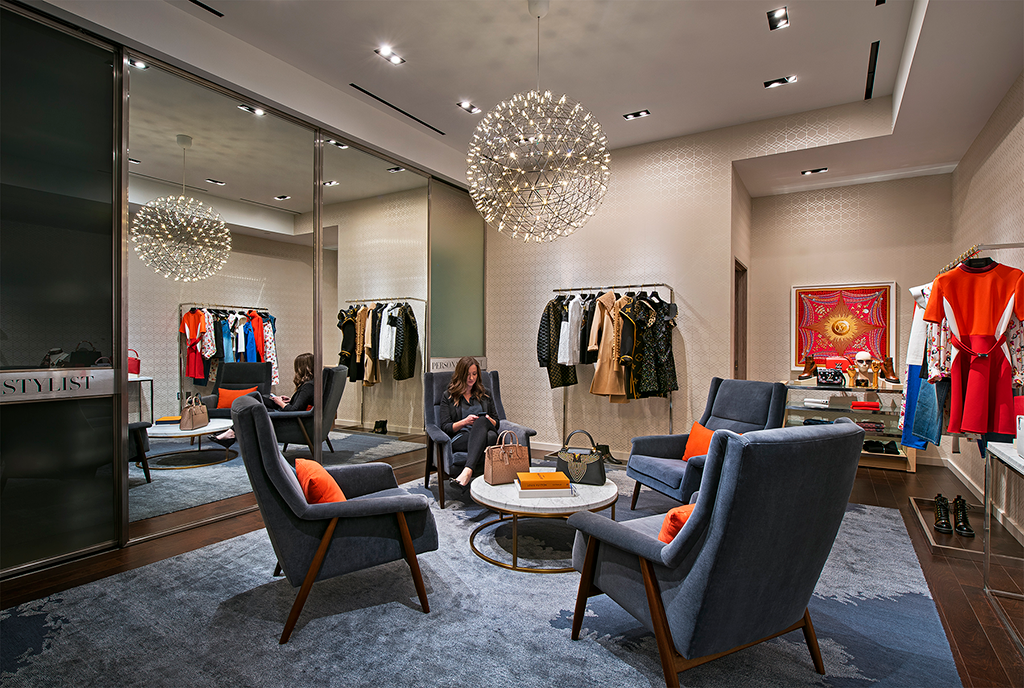 During the first quarter of 2019, vacancies at U.S. shopping centers reached their highest level in eight years. And the nation’s retailers plan to close 5,480 stores by the end of the year, according to Coresight Research.

As ecommerce continues to carve out a growing share of retail transactions, brick-and-mortar retailers are challenged to demonstrate their relevance to consumers who are captivated by the convenience of online shopping.

The Shops & Restaurants at Hudson Yards, which opened in March 2019 on Manhattan’s west side, is a one-million-sf retail center that brings together more than 100 stores ranging from iconic luxury brands to mainstream offerings. Co-developed by Related Cos. and Oxford Properties Group, this shopping paradise is a signature element of the $25 billion Hudson Yards mixed-use development, touted as the largest mixed-use private real estate development in U.S. history.

And the long-delayed American Dream Meadowlands is finally slated to open later this summer in East Rutherford, N.J. The three-million-sf retail-entertainment complex will feature more than 450 tenants as well as an indoor ski park, amusement park, and water park. Developer Triple Five Group, which operates the Mall of America and other signature retail properties, is planning a similar concept in Miami.

Innovation is happening at all scales as retailers explore new opportunities for building brand loyalty and creating physical experiences that can’t be replicated by online shopping.

“Technology allows brands to provide shoppers with in-store customization options and instant gratification as they walk away with their purchase, rather than having to wait for it,” says David Margolius, Vice President of Retail with Shawmut Design and Construction in New York.

Nike’s new NYC flagship store on Fifth Avenue is a six-floor, 68,000-sf space that houses the largest collection of Nike shoes for sale under one roof.  The store is completely modular, with walls that can be moved to accommodate special events.  A “speed shop” located on the first level has its own entrance and emphasizes convenience for customers who may just want to pick up a new pair of running shoes during their lunch hour.

Convenience store chain 7-Eleven unveiled its first “lab store” in Dallas to serve as an experiential testing ground where customers can try the retailer’s latest innovations before they’re potentially rolled out to other locations. Designed by CallisonRTKL, the shop celebrates the brand’s Dallas roots and heritage through architectural elements that include an exterior mural by a local artist, custom wall coverings featuring black-and-white photos from 7-Eleven archives, and a growler station serving local craft beers.

A growing number of digitally native brands are experimenting with rotating pop-up stores and temporary locations as they test different sales, marketing, and merchandising approaches. Those that convert to a permanent store location often do so in smaller-format environments that focus on displaying products and providing memorable experiences rather than housing excess inventory.

Luxury footwear brand Tamara Mellon opened a 400-sf boutique at the Palisades Village community center in Pacific Palisades, Calif.  The store resembles a shoe closet, with each style available in every size so shoppers can try on anything they’d like in an intimate environment.

“Many retailers are taking on smaller footprints, which allows them to go into more diverse spaces, including the urban core,” says Jason Wollum, Senior Vice President and Retail Practice Director at Henderson Engineers in Kansas City, Mo. “Because there’s an abundance of retail space available, this gives retailers the opportunity to experiment with new ideas and concepts.”

The 98-year-old Times Square Theater, a formerly bustling 42nd Street theater that has been vacant for 30 years, is undergoing a $100 million transformation into a four-story experiential retail development scheduled for completion in 2021. Beyer Blinder Belle, Stillman Development International, and Shawmut Design and Construction are overseeing the restoration project, which will preserve and display many of the building’s original details, including its limestone columns, box seats, proscenium arch, and plasterwork.

“We see renewable energy taking a strong and innovative role, behind the scenes, in the retail marketplace,” says Shawn Bland, Director of Retail at Core States Group in Boston.  “Climate change is becoming more visible, and studies have found that a majority of Millennials are willing to spend more on products from sustainable companies.”

In March, Target announced ambitious climate goals for reducing carbon emissions within its own facilities, as well as those generated from its entire supply chain. The company has committed to reducing total greenhouse gas emissions by 30% below 2017 levels by 2030.

“Renewable energy will be a fundamental strategy for achieving that goal,” says Bland. “Using renewable energy sources on both existing and new projects can greatly reduce or offset the environmental impact and money spent to provide the energy needed.”